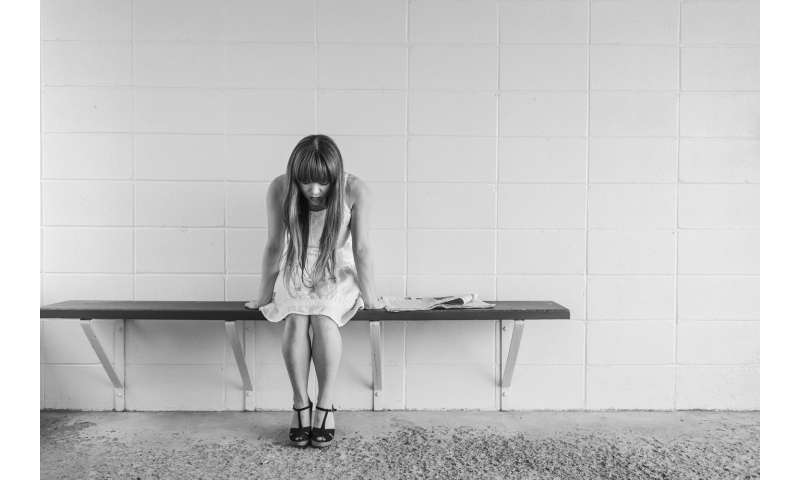 55+a week—is linked to a heightened risk of depression in women, suggests an observational study published online in the Journal of Epidemiology & Community Health.

And working weekends is associated with an increased risk in both sexes, the findings indicate.

The expansion of the global and gig economies has driven the need to work outside standard ‘office’ hours—a factor that has been associated with poorer physical health.

But the potential impact on mental health is less well known. And research to date has largely focused on men and/or on specific jobs, say the researchers

To try and put this right, the researchers drew on data from Understanding Society, the UK Household Longitudinal Study (UKHLS). This has been tracking the health and wellbeing of a representative sample of 40,000 households across the UK since 2009.

The researchers focused on data for 11,215 men and 12,188 women from the second wave of the UKHLS in 2010-12 as this included information on employment.

Generally, older workers, smokers, and those who earned the least and who had the least job control were more depressed. And this applied to both sexes.

But gender differences in working patterns were evident.

Men tended to work longer hours than women, with almost half clocking up more than the standard quota compared with fewer than one in four women. And nearly half of the women worked part time compared with just one in seven (15%) men.

Married women who were also parents tended not to work longer hours, but the opposite was true of married fathers.

Over two thirds of men worked weekends compared with around half the women.

There was no difference in the number of depressive symptoms between men who put in fewer or more hours than the standard working week, or who worked weekends.

And women who worked 55 or more hours a week and/or who worked most/every weekend had the worst mental health of all, with significantly more depressive symptoms than women working standard hours.

By way of an explanation, the researchers suggest that women are more likely to work longer hours in male dominated occupations, while those working weekends tend to be concentrated in low paid service sector jobs.

“Such jobs, when combined with frequent or complex interactions with the public or clients, have been linked to higher levels of depression,” they write.

“Our findings of more depressive symptoms among women working extra long hours might also be explained by the potential double burden experienced by women when their long hours in paid work are added on their time in domestic labour,” they suggest.

“Previous studies have found that once unpaid housework and caring is accounted for, women work longer than men, on average, and that this has been linked to poorer physical health,” they add.