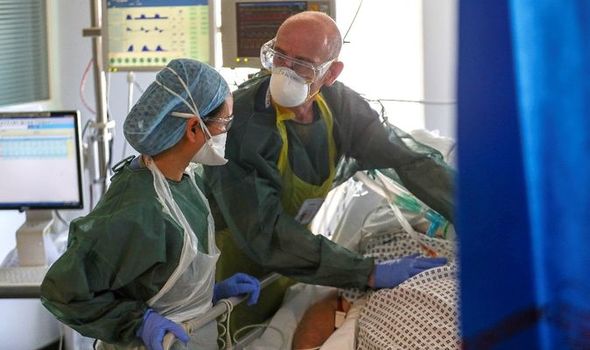 Researchers say it suggests patients were missing out on treatment during lockdown, and the lead author claimed the Government’s “protect the NHS” mantra was “damaging”.

The study, carried out by researchers at Keele, Leeds and Oxford University, also reveals the lives of many other heart patients may still be at risk due to the slowdown of heart operations caused by coronavirus measures.

The news follows a report showing over the next five years nearly 75,000 could die from non-covid health problems including missed cancer diagnosis, cancelled operations and the health impacts of recession.

The analysis shows there were an extra 2085 deaths from heart problems including heart attacks during just three months at the height of the lockdown – between March and May this year – compared to the same period last year.

Of these 318 deaths were related to heart attacks. Other deaths were linked to a range of other heart problems. 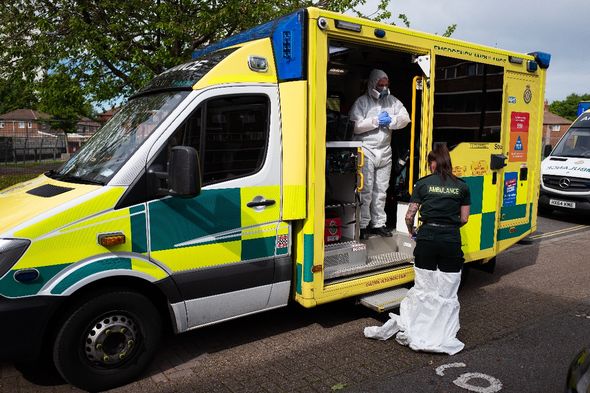 Experts believe many of these deaths may be linked to the fact patients delayed or failed to seek treatment due to fears of catching coronavirus or overwhelming the NHS.

The study showed there was a 40 percent decrease in the number of life saving procedures for heart attack victims between March and May and a 50 percent increase in cardiac arrest cases, which they suspect occurred because of delays in treatment of patients not seeking medical attention at the start of their heart attacks.

The study also showed patients were not able to access treatments or referrals because elective procedures were cancelled and GPs reduced face-to-face consultations.

There was the equivalent to a drop of 45,501 heart procedures over the same period.

Many of these patients are still on waiting lists.

If left untreated, many of these conditions can lead to further hospitalisations or death. The researchers say the cancellations of these procedures will further impact the country’s cardiac health. 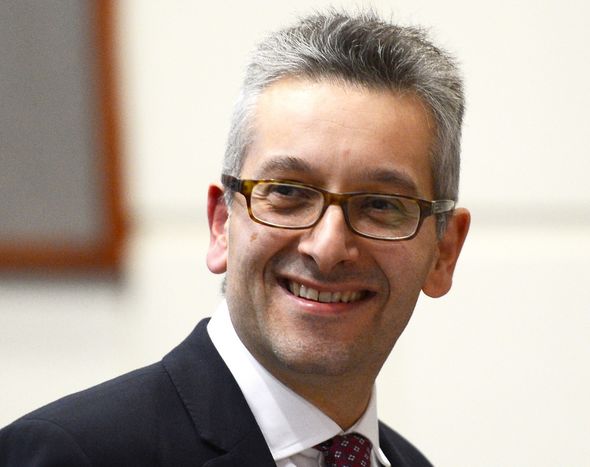 The work,: Rapid cardiovascular data: we need it now and in the future, is being published in separate analyses in five leading journals including the Lancet, The European Heart Journal, The Journal of Quality Clinical Care Outcomes, and the Journal of the American Heart Association/

It was carried out to advise the Government’s Sage committee of scientists.

It shows for the first time that the drop in numbers of patients seeking medical treatment for heart problems was not only due to a sudden decline in heart patients seeking care, but may have also been due to the fact that many patients did not get appropriate or timely medical care.

It was led by Professor Mamas Mamas, of the Keele Cardiovascular Research Group who has previously warned about the impacts that lockdown weight gain might have on the nation’s cardiovascular health.

He said: “The impact of Covid-19 has been significant on the cardiovascular health of the country. Not only have we seen widespread reductions in admissions for serious cardiovascular events because patients are avoiding health services, but we have seen an accompanying increase in non-Covid-19 deaths.

“ The cancellation of elective heart related procedures in the UK has meant that there is currently a backlog of over 45,000 cases which will further impact the country’s cardiac health.”

He added: “The public was told to protect the NHS and stay at home but this message was damaging and should not have been at the expense of other patients’ serious conditions.

“The messaging around ‘protecting the NHS’ was wrong in March and the problem is that people are likely to be still afraid to seek help due to the continued climate of fear.

“Although it is right to protect elderly and vulnerable people at this time, this should not be at the cost of everything else.”

An NHS spokesperson said: “For every person with Covid that the NHS treated during the first wave clinicians were also treating two non-Covid patients, while the number of people coming to A&E for cardiac conditions quickly returned to normal levels during the first peak, and as the NHS is now restoring services to their pre-pandemic levels, anyone in need of NHS help should come forward for it.”