Music really CAN keep your fitness on track: Listening to songs while running can boost your performance, scientists find

You don’t need an expert to tell you that listening to music while running can make it feel easier and more fun — but now scientists say it can also boost your performance.

What’s more, they have come up with a song to make you run faster and for longer, helping to improve your fitness.

Designed to up your pace by around 5 per cent and to reduce feelings of fatigue by up to 15 per cent, the Run With Me track was produced in collaboration with Professor Costas Karageorghis, an expert on the psychology of music and exercise at Brunel University, who has previously described listening to the right music as being akin to taking ‘a legal performance-enhancing drug’. 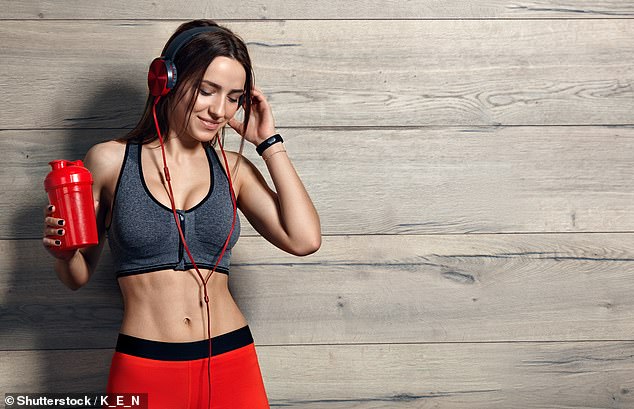 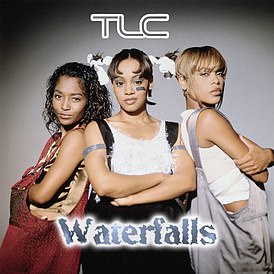 The benefits of listening to music during exercise were first observed by a New York scientist in 1911, who found that cyclists rode 8.5 per cent faster with a military band playing than when it was silent.

Last year, Professor Karageorghis and his colleagues reviewed 139 studies into the effect of music on exercise conducted over the past 107 years. Their findings, published in the journal Psychological Bulletin, concluded that ‘music listening significantly enhanced feeling states, increased physical performance, reduced perceived exertion, and improved oxygen consumption efficiency across a broad range of exercise and sport-related tasks’.

‘There’s an almost symbiotic relationship between music and movement,’ says Professor Karageorghis, who created the Run With Me track for AIR:RUN, a 10km and half-marathon event where runners listen to performance-enhancing music and are guided round the course via an audio app.

Music can influence your workout synchronously — where the music acts as a metronome and you pace your movement to the beat — or asynchronously, where the music boosts performance by making it feel more enjoyable (the Run With Me track works this way).

‘We’ve observed the relationship between working heart-rate during exercise and preference for music tempo and we know that, at a moderate intensity of running, the optimal tempo is between 130 and 140 beats per minute,’ says Professor Karageorghis.

‘If you want to assuage fatigue and elevate mood, then using a harmony in a major key is good.

‘Lyrical affirmation is important, too — positive words engender a positive response, and we thought particularly about inspiring women, so we employed a strong female vocalist on the track.’

It’s also important that the type of music appeals to the runner — a dance-pop genre was chosen for this track for its broad appeal.

‘Music seems to permeate areas of the brain such as the amygdala [involved in processing emotion] and the cerebellum [physical reflexes and some emotion],’ says Professor Karageorghis.

‘Music can influence how we feel at high intensities of running, it can colour our interpretation of fatigue and make the experience more pleasurable.’

In other words, music won’t reduce the physical fatigue we feel — the heavy breathing, the high heart rate — but it will help us perceive ourselves to be less tired, so we can keep going.

‘I would expect the performance-enhancing effect of listening to music to be around 5 per cent,’ says Professor Karageorghis. ‘The science also suggests a 10 per cent to 15 per cent increase in endurance.’

‘Humans seem to be programmed to want to make music, and the functionality of that music helps them move.

‘So if having music playing makes movement feel easier, then all we need to do is find the right sort of music to facilitate certain types of movement.’

Listening to Run With Me on a jog puts a smile on my face and drowns out the little voice in my head saying: ‘You can’t keep this up much longer.’ It certainly beats pounding the pavement in silence.

But it could be worth switching on the tune before you start moving: Professor Lane suggests it’s a key motivational tool.

‘There are studies that look at the effect of music on mental preparation,’ he says. ‘When you are sitting on your sofa in the morning, telling yourself, “I’ll go out for a run in ten minutes,” an inspiring track will help get you out the door.’ 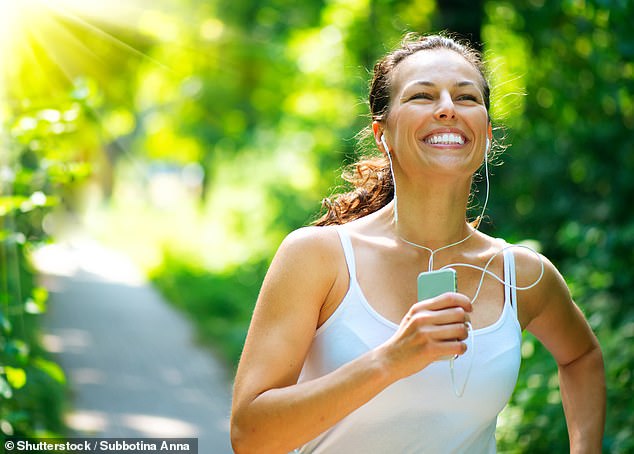 The benefits of listening to music during exercise were first observed by a New York scientist in 1911, who found that cyclists rode 8.5 per cent faster with a military band playing than when it was silent (file image)