Libby Clegg, 29, truly is an inspiration to all. The Scottish star has won numerous medals and accolades in athletics and never once let her condition hold her back. She won Gold in the Rio Olympics and was even appointed Member of the Order of the British Empire (MBE). Libby is now hoping to add another trophy next to her numerous other awards of Dancing on Ice ultimate champion.

Libby has stargardt’s disease which is a deteriorating eye condition and gives her only slight peripheral vision in her left eye.

Libby is registered as blind but thanks to her trustful guide dog, Hatti, she is able to live a somewhat normal life.

Libby said of Hatti: “My guide dog gives me the freedom to live my life and what I want.”

Almost two million people in the UK are currently living with some form of sight loss. By 2050, this number is predicted to double and according to Guide Dogs, 19 percent of people know someone living with sight loss.

For Libby, Stargardt’s disease began when she was only nine years old and caused her sight to slowly deteriorate. 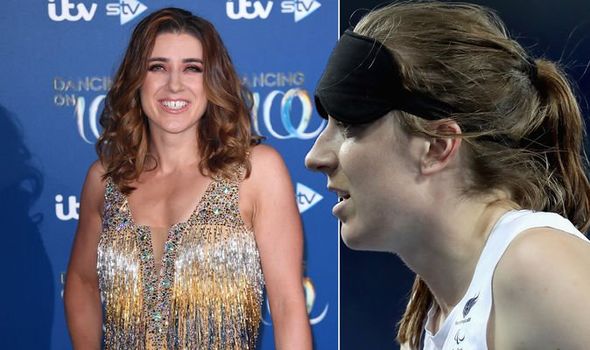 The fact that Libby lives with the degenerative eye condition makes her extensive list of achievements even more impressive.

Libby spoke to the Daily Mirror explaining how her disorder affects her ice skating and said: “I can’t see so I don’t feel dizzy or nauseous when I do spins.

“Although I can’t watch my partner demonstrate moves on the ice, I have great hearing so listen to his skates and try to mimic the clicks, scrapes and foot placements I hear.

“I count the number the strides it takes to reach the barrier of the risk so I don’t just fly into it.

“And, touch wood, I’ve not had any injuries. I don’t suffer things other people do.”

Libby suffers from a degenerative genetic condition which affects the eyes.

The disease is known as Stargardt’s Macular Dystrophy and is a rare disorder which wastes away the central area of the retina.

Retinal specialist at Ophthalmic consultants of London, Shah Kashani explained this rare disorder and said: “Stargardt disease affects around 1 in 8,000 to 10,000 people.

Despite its rarity, it is the most common inherited childhood and adulthood macular dystrophy.

The macula is part of the retina which is located at the back of our eye.

It is responsible for all of our central vision and most of our colour vision despite only being slightly bigger than a pinhead. 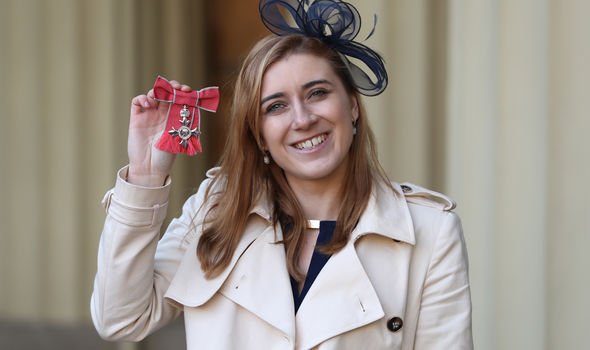 “Symptoms of stargardt disease can be variable, even within the same family members.

“They appear most commonly in children around six to 12 years endless frequently in adolescence and late adulthood.

“During early stages, patients may only notice mild difficulty in reading and seeing in dim light, however as the condition progresses there will be a gradual loss of central vision.

“Stargardt disease is usually diagnosed by the presence of yellow and white dots in and around the retina and clinicians use colour charts, visual field testing and non-invasive scanners to look for the condition in the back of the eye as well as genetic testing.” 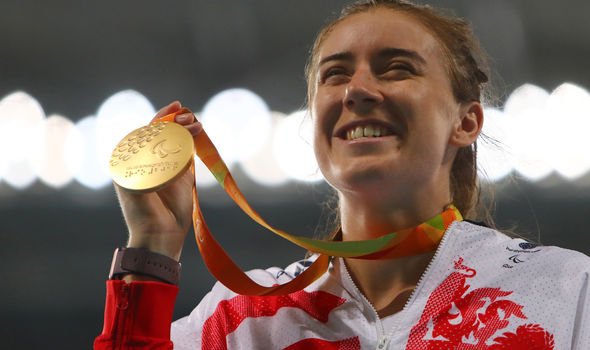 Libby will be waving the flag for all those suffering with a disability and showing the world the power of never giving up.

Libby said to Radiotimes.com: “I’d love for people with disabilities, or just in general, to come out of their comfort zone. You set yourself a little goal and just do it.”

Libby is hoping to do it this Sunday in the final of Dancing on Ice to prove yet again what the meaning is of a true champion is.