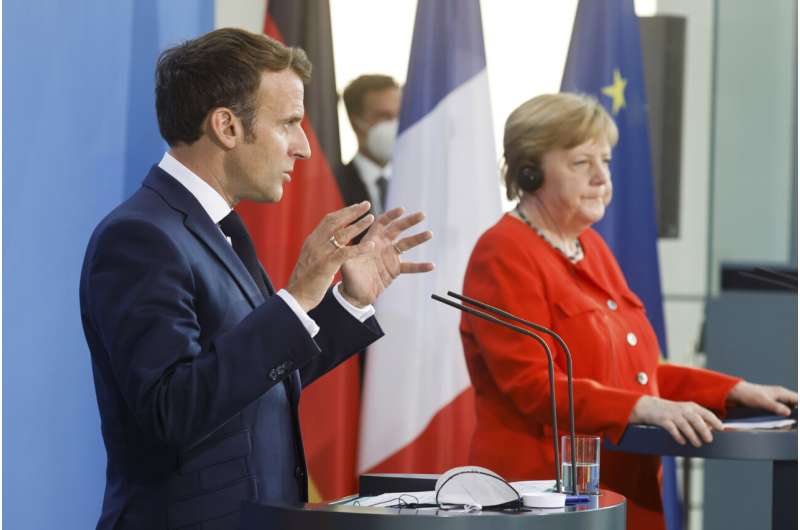 The leaders of Germany and France called for vigilance Friday to prevent the spread of a coronavirus variant that this week prompted Britain to delay the planned relaxation of pandemic restrictions in England.

Chancellor Angela Merkel said that while Germany has very low numbers of new COVID-19 infections at present, the “aggressive” delta variant could lead to a rise in new cases.

“We can’t pretend that corona is over,” Merkel told reporters in Berlin. “Even though there’s a feeling on such a warm summer’s evening that it’s all over, one can see from the example of Lisbon that things can quickly change.”

Portuguese authorities on Thursday banned travel in or out of the capital region over coming weekends in response to a spike in delta variant cases. Earlier this week, British Prime Minister Boris Johnson pushed back the date for lifting restrictions on social contacts by four weeks as the government reported thousands of newly confirmed cases, mostly with the delta variant.

Merkel spoke ahead of a working dinner with French President Emmanuel Macron, the first time she has hosted a foreign leader in Germany since last year. 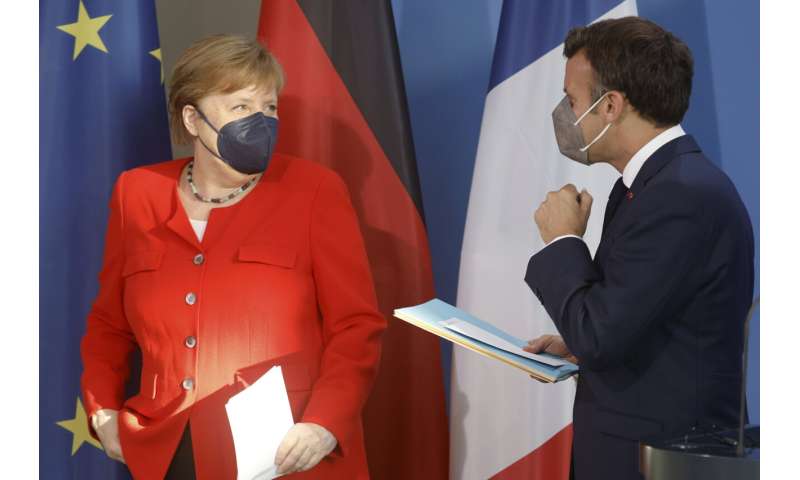 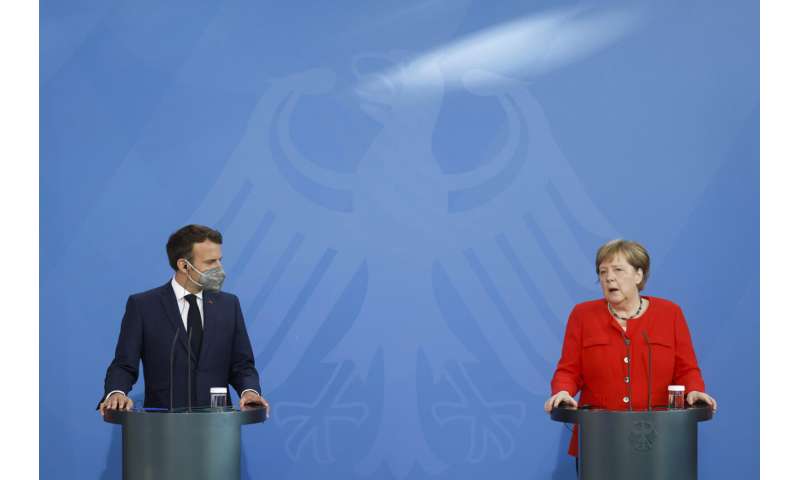 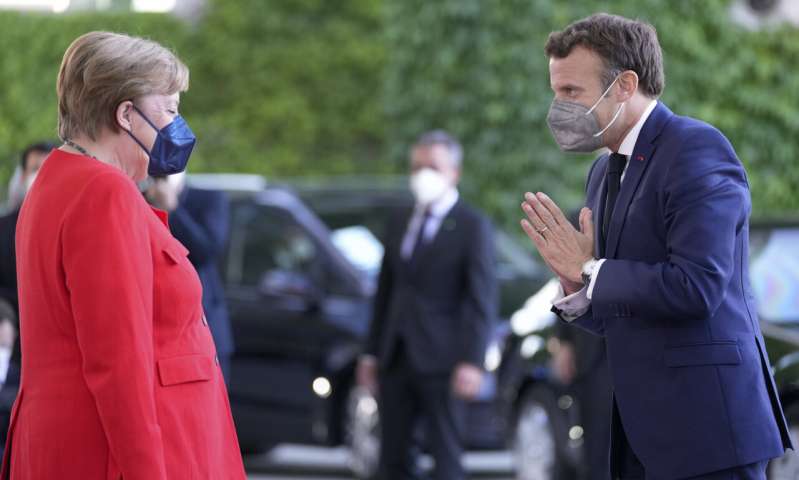 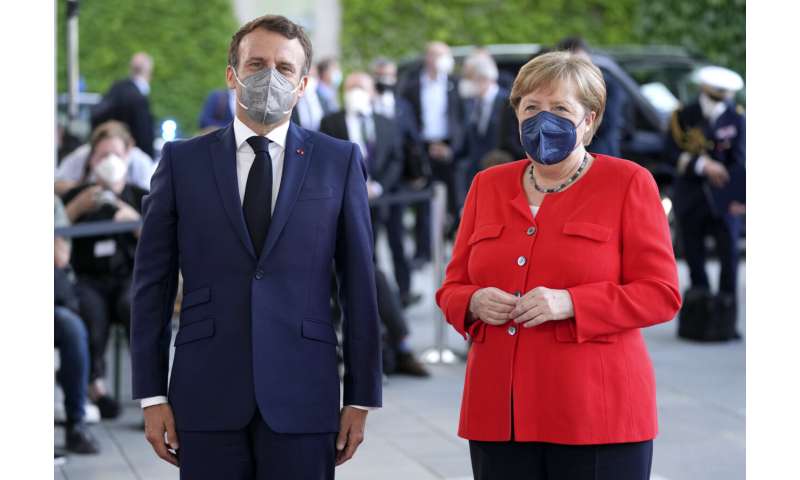 Macron said it was important to be vigilant and that the European Union would discuss at an upcoming summit how to better harmonize travel restrictions during the pandemic—something the 27-nation bloc has struggled to do more than a year after the start of the outbreak.