Neurons grown in the laboratory provide a novel and highly effective tool for the analysis of central nervous system (CNS) disorders. 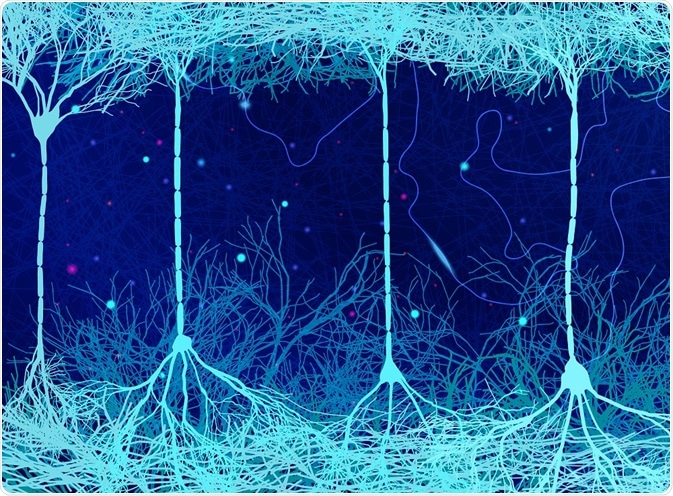 Animal models (such as rodents) often yield results which are not comparable to humans and thus limit the usefulness of their applications within research. However, these cells are human-derived, hence the development of these lab-grown neurons enables in vitro studies which are more accurate and specific to human disease.

What are induced pluripotent stem cells?

Induced pluripotent stem cells (ISPCs) are a novel but important region of research, first developed by Shinya Yamanaka, who won a Nobel Prize for his contribution in 2012. These are somatic cells which are reprogrammed to return to an embryonic like state, meaning that they can be differentiated into any type of adult cell.

This area of research is very exciting, since these cells could be used to treat many chronic diseases without the ethical concerns of other stem cell treatments. For example, they could be used to grow cardiac cells to replace those lost in cardiac diseases.

These iPSCs are thus highly similar to embryonic stem cells (ESCs), and have been shown to be able to be induced to develop into muscle, neuronal, epithelial and cardiac cells.

The formation of neurons through the differentiation of iSPCs

Recent studies have developed lab-grown neuronal cells from induced pluripotent stem cells, which contain over 99% of genes which are found in a normal fetal neuron. This is a huge and very important breakthrough, enabling researchers to test experimental drugs on neurons before clinical trials and help to identify the causes of nervous system disorders.

How to differentiate iSPCs into neurons

There are many different suggested methods of neuronal differentiation, including embryoid body formation and stromal feeder co-culturing. Overall, one perfect method has not yet been identified and these methods are still under development.

When cultured without the presence of stem cell growth factors, stem cells grow to form an intermediate called a embryoid body. This intermediate can then be induced to form specific cell types under highly specific conditions.

Stromal feeder co-culture is a common method used to differentiate stem cells into neurons. In this method, stem cells are driven towards a specific differentiation through their “niche”, which includes the interactions with neighboring cells, extracellular matrix, cell-to-cell interactions, and other presence molecules, such as growth factors and cytokines.

Through the application of a co-culture, cells are provided with the physical, molecular and structural properties of a neuronal niche which leads to neuronal differentiation.

A plethora of studies in many different areas of research are currently applying lab-grown neurons into their research methods. For example, one recent study generated motor neurons from iPSCs from an individual with spinal muscular atrophy.

This has allowed the pathology of the disease to be modelled and further understood, allowing powerful and ground-breaking insights to be obtained. These neurons have also been used in research for a wide range of other conditions, such as autism, spinal cord injury, as well as brain damage.

Hannah is a medical and life sciences writer with a Master of Science (M.Sc.) degree from Lancaster University, UK. Before becoming a writer, Hannah's research focussed on the discovery of biomarkers for Alzheimer's and Parkinson's disease. She also worked to further elucidate the biological pathways involved in these diseases. Outside of her work, Hannah enjoys swimming, taking her dog for a walk and travelling the world.