Most people know Jeff Hordley for his portrayal of Cain Dingle in the popular soap opera Emmerdale. What the public may not realise is that he was diagnosed with Crohn’s disease a couple of years before his big break. The life-long condition causes parts of the digestive system to become enflamed. Jeff has spoken out in the past about what it is like to live with the condition and highlighted a key symptom.

The actor first experienced a common sign of the condition in his 20’s, he revealed: “I was a drama student in Manchester and sometimes I had to miss lectures because I was too tired. I even had to drop out of my final year plays.”

He was diagnosed with Crohn’s disease a month before his 26th birthday after he was referred by his GP to a specialist at Manchester Royal Infirmary.

Many people with Crohn’s disease suffer from fatigue.

Over three-quarters of people experience fatigue during an IBD flare-up – a common symptom according to the charity Crohn’s and Colitis.

People living with the chronic condition often find that their fatigue improves as their IBD improves. 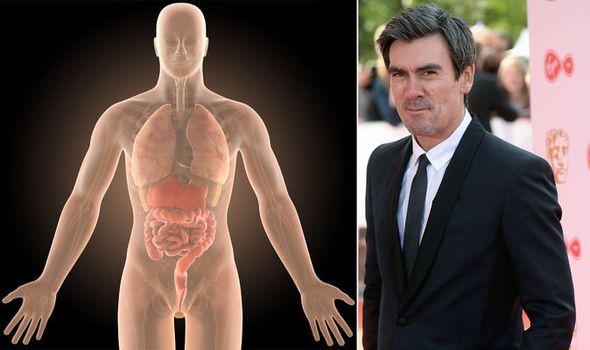 “For some, there can be a time lag of weeks or months before they regain their normal energy levels.

“Sometimes the fatigue doesn’t go away even when other IBD symptoms are under control.

“Fatigue continues to affect two in every five people whose IBD is in remission,” said the charity.

The Emmerdale actor has also experienced a range of other Crohn’s disease symptoms, such as diarrhoea, stomach pain, severe tiredness and weight loss.

He said: “Some sufferers may also experience swollen joints, mouth ulcers, inflamed eyes and rashes on their body.”

As an ambassador for Crohn’s & Colitis UK, Hordley is keen to break the stigma around living with the chronic condition.

On the charity website, he said: “You are not alone if you are suffering from Crohn’s…although sometimes you might feel as if you are.

Although there is currently no cure for the condition, treatments options are available to control and reduce the symptoms.

Medicines are the main course of treatment, but sometimes surgery may be need, said the NHS.