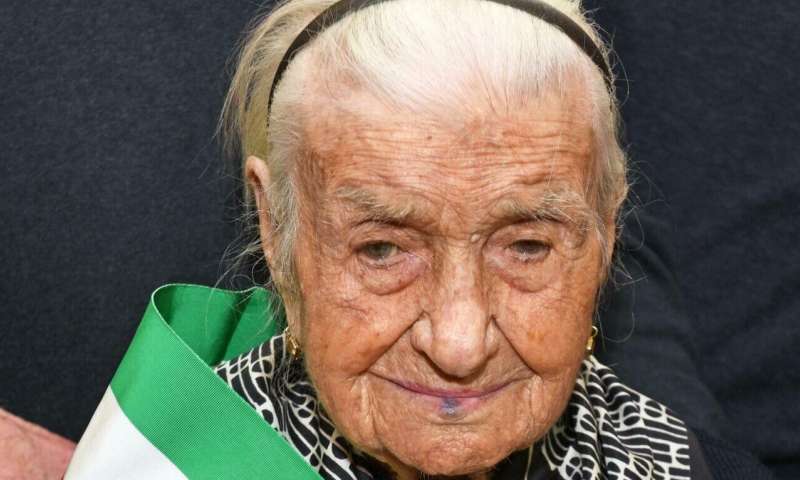 A 116-year-old Italian woman who authorities say was the oldest person in Europe and the second oldest in the world has died.

The Italian news agency ANSA said Giuseppina Robucci died Tuesday in the southern Italian town of Poggio Imperiale, where she was born on March 20, 1903. She lived 116 years and 90 days.

Robert Young of the U.S.-based Gerontology Research Group said Robucci was the last European born in 1903. She was just two months younger than the current oldest living person, Kane Tanaka of Japan, who was born on Jan. 2, 1903.

Robucci is No. 17 on the list of people who lived the longest lives.