Let’s not be coy here: Bleeding out of your vagina every single month is already kind of a pain. So when your period decides to extend its visit a little longer than usual, it can be downright infuriating—and concerning, TBH.

Hey, in a perfect world your period would come a-knockin’ at the same time each month, without all those crappy symptoms, and hang around for a few days before quietly bidding you adieu. But this isn’t a perfect world (alas), and menstruation—what it looks like, feels like, and how long it lasts—is different for every woman.

You might have a period that goes on for a full week, while others might be more accustomed to only a few short days of bleeding. For some women, though, long periods happen from time to time—and it can be nerve-wracking when you’re just not sure why your period won’t go away.

So, here’s a quick refresher on what a typical period length looks like, why long periods can happen, and how to know if it’s time to ask a doc about how long your period is hangin’ around.

How long does a period typically last?

There’s a pretty big range of normal when it comes to period length. “Usually, it can last anywhere between five to seven days,” says Jessica Shepherd, MD, a minimally invasive gynecologist in Dallas. “But there are times at which it can be a few days longer or shorter.”

Here’s a little Menstrual Cycle 101: During each cycle, your body’s sending hormones to thicken the lining of the uterus (endometrium) to make it a nice little home for a potentially fertilized egg. About midway through your cycle, one of your ovaries releases an egg, which then travels down the fallopian tubes to this newly plush uterus where, if it’s not fertilized by a sperm, it flows out of the body, along with the uterine lining that built up.

While this process is the same for nearly every woman, the length of their periods might differ depending on their specific hormonal shifts over the course of their cycle, which affects the endometrium development, and in turn, the number of days it takes for it to shed, Dr. Shepherd explains.

So, if your period is a day or two longer or shorter than your usual period length and you don’t notice any other symptoms or issues that seem unusual for you (like extreme menstrual pain or cramps or very heavy bleeding), it’s probably not a reason to be concerned.

When should you call your doc about long periods?

If your period lasts 10 days or more, or if it suddenly changes significantly in length for three or more cycles in a row, that warrants a call to your ob-gyn, says Tom Toth, MD, a reproductive endocrinologist at Boston IVF.

That doesn’t necessarily mean you’re dealing with something serious, but you want to get to the root of your period problem sooner rather than later. That’s because once you’re north of seven days and still bleeding, you’re at an increased risk for menorrhagia. 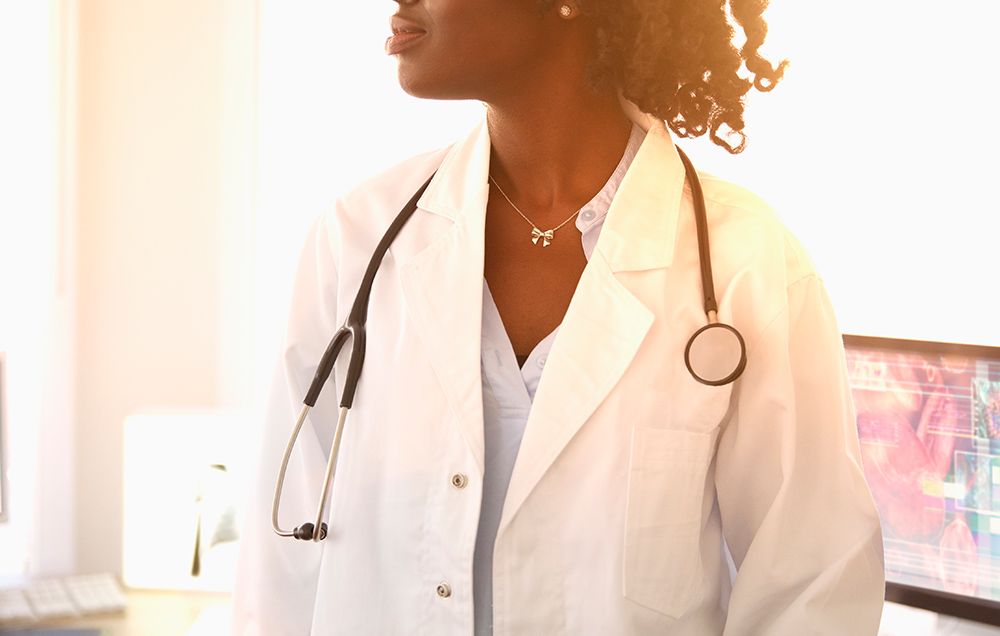 Simply put, menorrhagia is when bleeding is too heavy and interferes with your quality of life or requires interventions like blood transfusions, iron transfusions, medications or surgical procedures, Dr. Shepherd explains. Menorrhagia can also lead to other issues, like anemia, according to the Centers for Disease Control and Prevention (CDC).

Still, there’s no need to panic: Most causes of prolonged menstrual bleeding (like many of the ones below) aren’t a big deal and can be fixed or improved with the help of your doctor, Dr. Toth notes.

One of the most common causes of long periods in younger women are intrauterine devices (IUDs), a type of birth control placed directly into your cervix. There are two main types: a non-hormonal, copper-based IUD (like Paraguard), and a hormonal, progestin-based IUD (like Mirena and Skyla).

If you experienced a prolonged period for three or more cycles, see your doctor.

It turns out that both can cause abnormally long bleeding, especially right after insertion, Dr. Toth says. Longer, heavier periods are a known side effect of the copper IUD. The progestin IUD, however, is often marketed to women as a way to reduce or even eliminate their periods. And while it typically does have that effect over time, the first few cycles may have more or longer bleeding than usual, he explains.

With either IUD, if the prolonged periods don’t settle down after three cycles, it’s time to go back to your doctor, as it’s possible the IUD moved out of position or simply doesn’t play nice with your body.

Menstruation is your body’s way of getting rid of the extra blood and tissue it saved up in case your egg got fertilized, but sometimes the hormonal signals get crossed and you can bleed when you release the egg too, says Sherry Ross, MD, an ob-gyn and author of She-ology. 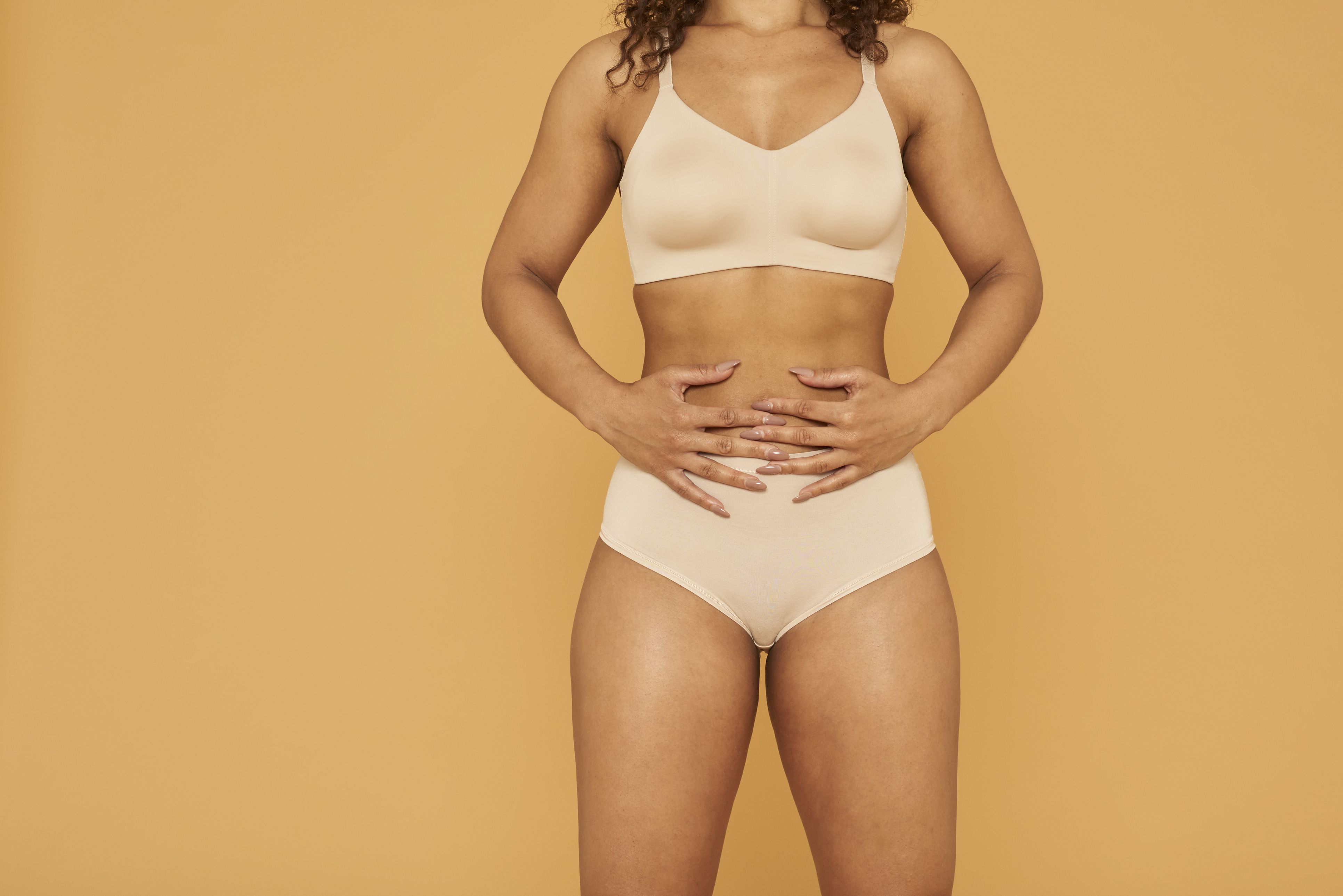 This occurrence is known as “intermenstrual bleeding,” and it happens as a result of the slight dip in estrogen that happens around ovulation, which can cause spotting. If the bleeding lasts a few days or happens close to the end of your last cycle, it may seem like your period is continuing forever. It’s not normally something to worry about, but if it changes suddenly or if you have serious pain, see your doctor.

Wait just a second: Isn’t the tell-tale sign of pregnancy no periods? Yes, but not all the time, Dr. Toth says. “A common cause for abnormal menses, including longer bleeding, is pregnancy,” he explains, adding that typical symptoms of pregnancy, like nausea, may be absent. “Any time a woman has unusual bleeding, it’s always best to eliminate possibility of pregnancy with a blood test for pregnancy for reassurance,” he says. 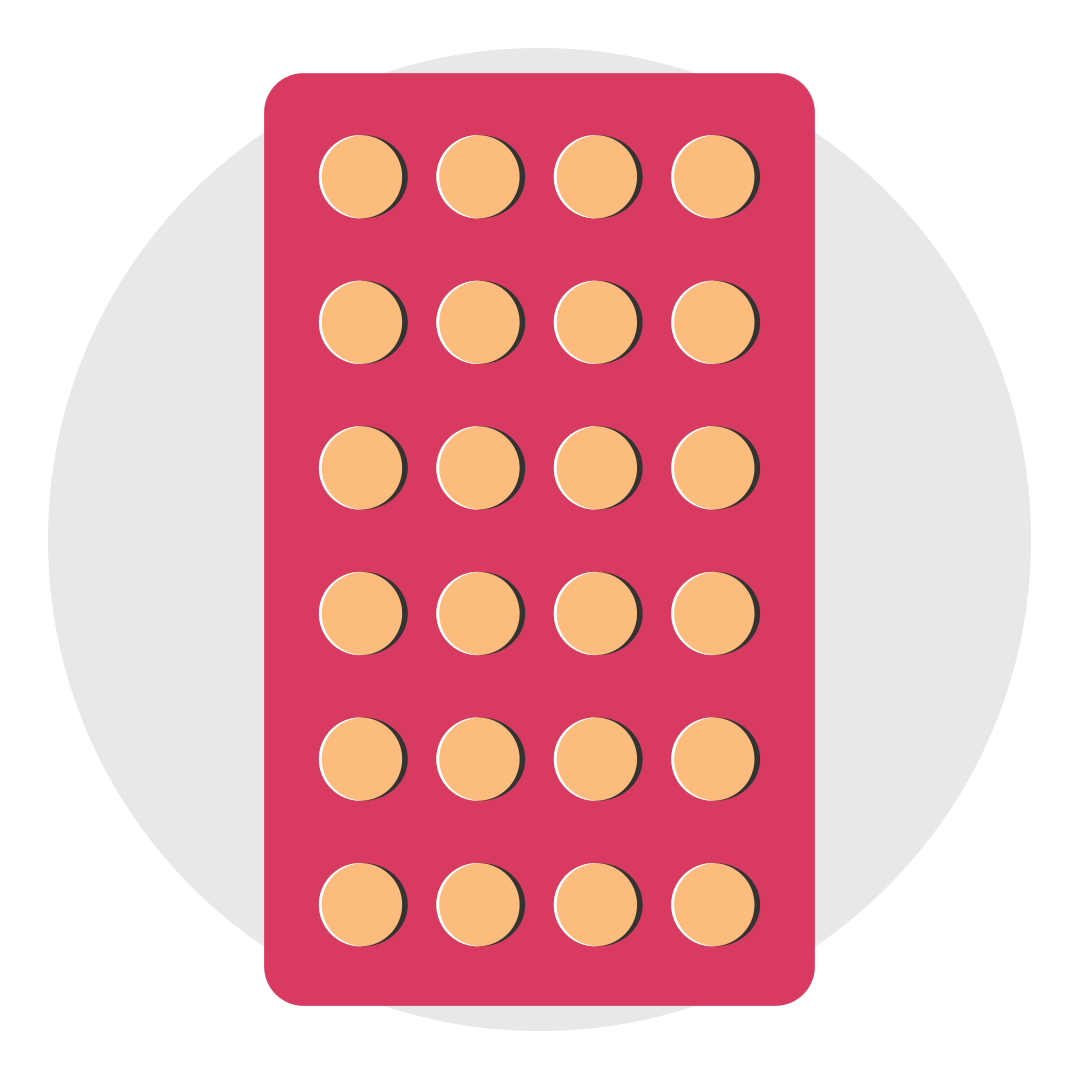 Anything that manipulates your hormones has the potential to make your periods longer, says Dr. Toth. This includes all types of hormonal birth control like the pill, patches, rings, shots, and implants. The good news is that there are lots of options with varying levels and types of hormones, so if your body doesn’t respond well to one type or dosage, there’s a good chance you can find a different one that will work.

The length of your period is just one factor your doctor will use to help you determine which type of birth control works best for you.

5. You had an early miscarriage.

Early miscarriages are much more common than you may realize. Up to half of all pregnancies end in miscarriage, often before the woman even realizes she was pregnant, according to the March of Dimes.

Sometimes the only sign is an extra-heavy or long period. Your menstrual cycle length should return to normal within one to two cycles; if it stays abnormally long after three cycles, call your doctor, Dr. Toth says.

About one in 100 women suffer from repeat miscarriages, so it’s important to rule out a condition that affects fertility, like endometriosis.

Polycystic ovary syndrome (PCOS) affects about 10 percent of women of childbearing age, per the Office of Women’s Health (OWH). It’s named for the cysts that grow on the ovaries, preventing eggs from maturing, and often causing fertility issues. 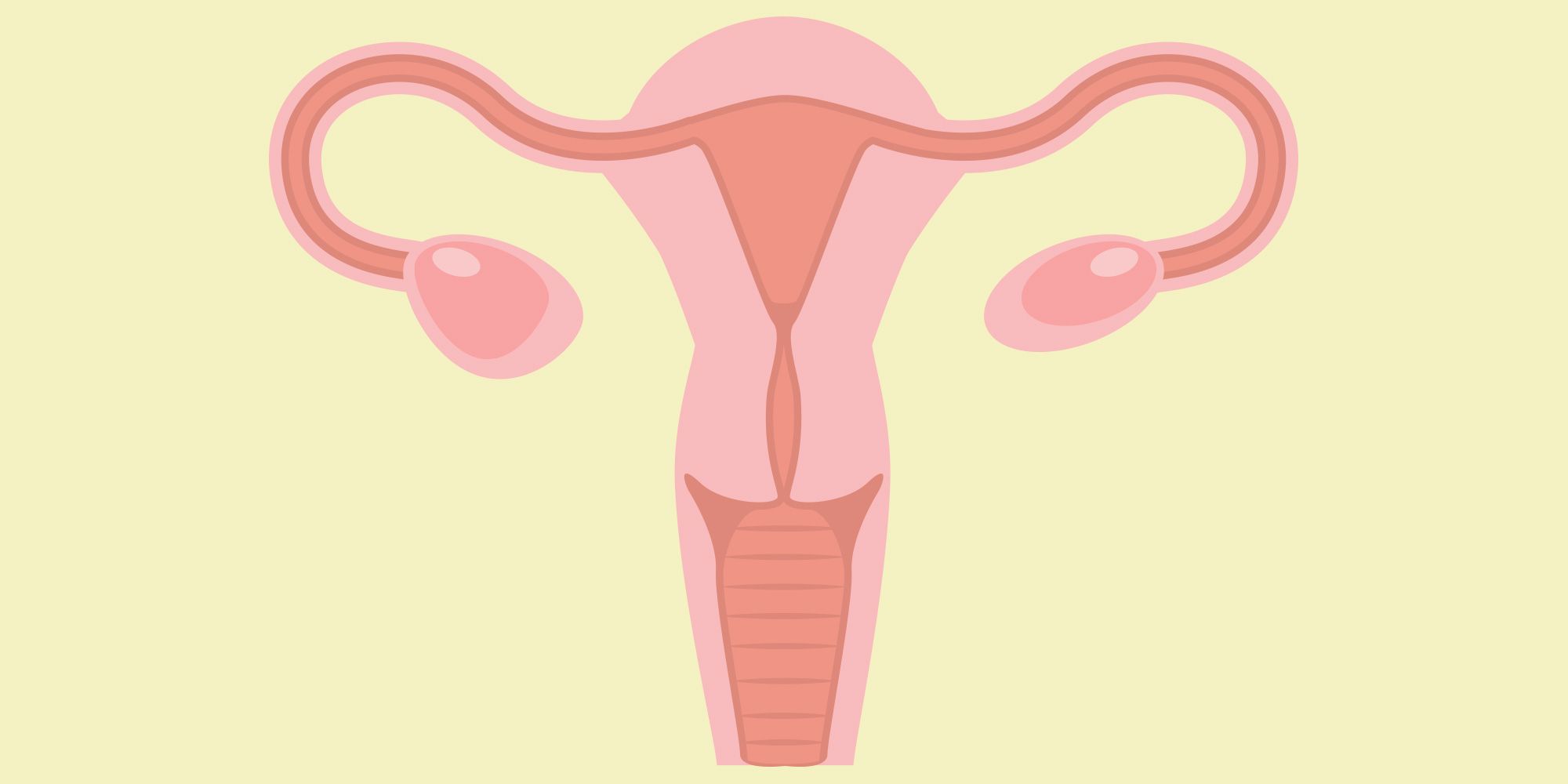 PCOS also wreaks havoc on hormone levels, causing weight gain, excess hair growth, and (you guessed it) prolonged periods, Dr. Toth says. You’d think that not ovulating would give you a free pass on bleeding, but the opposite is often true, he adds—no egg means long, wacky cycles.

If you’re experiencing super-long periods along with other signs of PCOS, like migraines, facial hair growth, and weight gain, talk to your ob-gyn about getting tested for the condition.

7.You have thyroid issues.

One in eight women will suffer from low thyroid function, or hypothyroidism, at some point in their lives, according to the OWH. 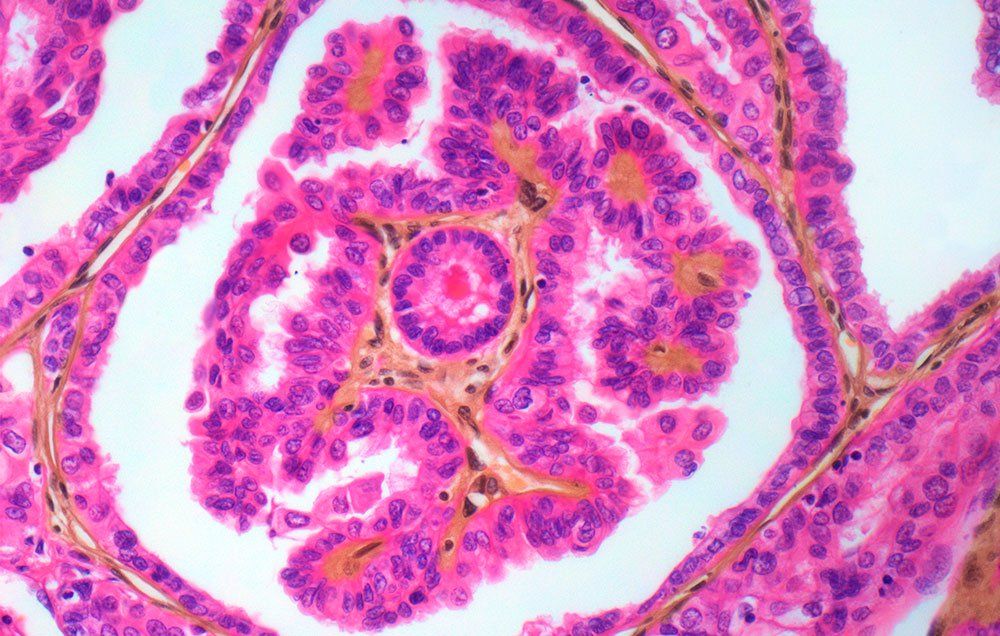 Your thyroid is a little butterfly-shaped gland that controls the hormones that regulate many systems in your body, including how fast you burn calories, how fast your heart beats, and yes, menstruation. Having too little thyroid hormone can cause your period to be super long and heavy, the OWH explains.

Other symptoms of hypothyroidism include weight gain, fatigue, and hair loss, so if you’re experiencing any of those, along with longer-than-normal periods, bring it up to your doctor, says Dr. Ross.

8. You have an underlying blood disorder. 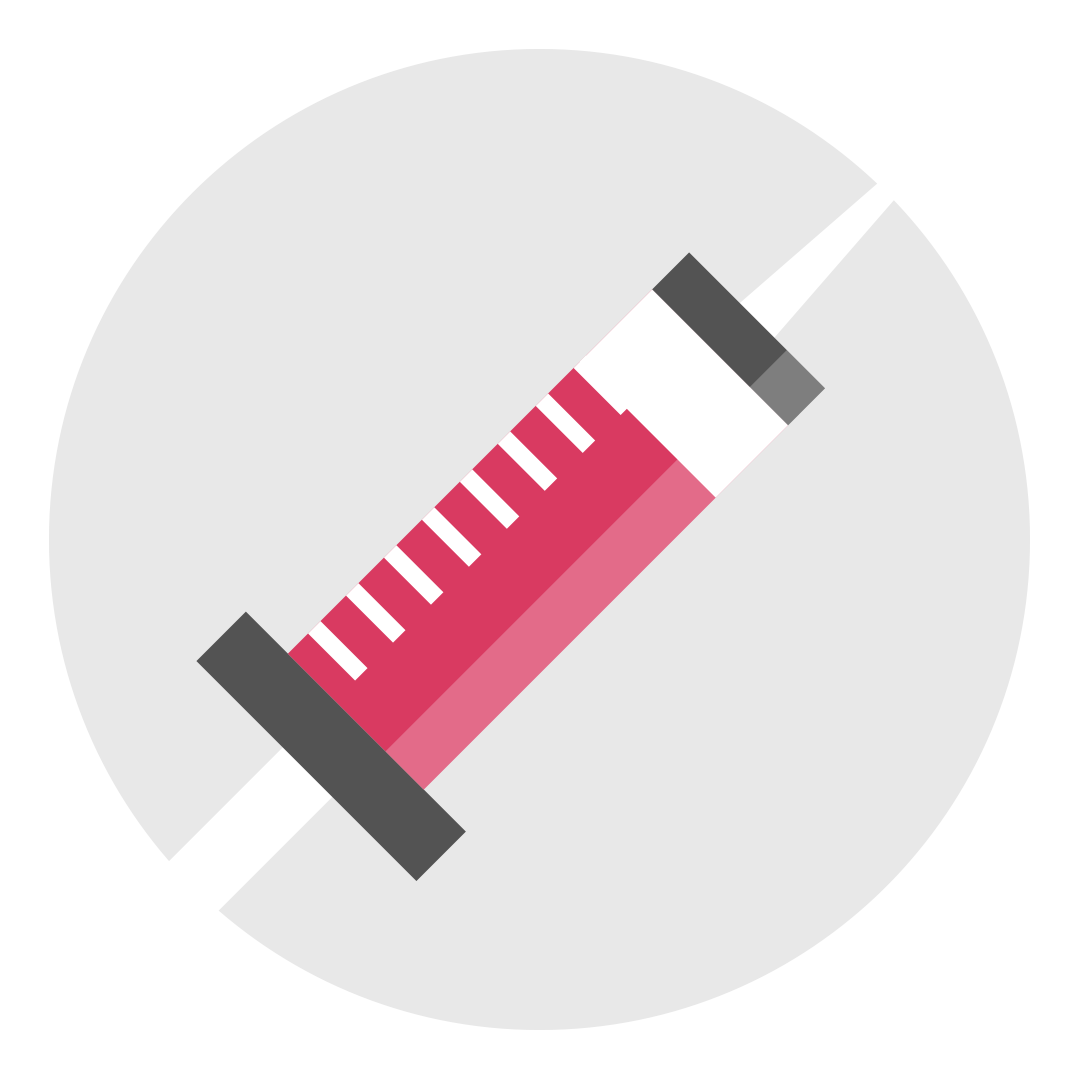 It’s rare, but it’s possible that extra-long periods are a sign of an underlying illness, like a hematologic (blood) disease, says Dr. Toth. Some of the underlying diseases associated with bleeding, like hemophilia or Von Willebrand disease, are genetic, so if you have this you likely already know about it.

Still, if your periods are lasting a super-long time, and you’ve already been cleared for other conditions, it’s worth checking in with your doctor about tests to rule out a blood disorder that you might not be aware of.

9. You have uterine polyps or fibroids.

“Uterine abnormalities, such as polyps or fibroids, can cause prolonged periods because they distort the endometrial cavity which can lead to increased blood flow,” Dr. Toth explains. Basically, your body senses something in your uterus that isn’t supposed to be there, and tries extra hard to get rid of it.

Polyps and fibroids sound scary, but they’re pretty common—up to 80 percent of women will have at least one before they’re 50, per the OWH. On their own, they don’t indicate a serious disease, like cancer.

These benign growths often don’t have any symptoms, and if they do, it’s usually prolonged periods, says Toth. Most likely your doc will just recommend keeping an eye on them, but if they cause pain or grow very large they can be surgically removed.

10. You have undiagnosed cervical cancer.

Abnormal vaginal bleeding—such as bleeding after vaginal sex or bleeding and spotting between periods—can be a sign of cervical cancer. (Yet another reason to check in with your doctor if you notice something strange going on with your period.)

Because cervical abnormalities can be detected through Pap and HPV tests, make sure you stay on top of those, and always tell your doctor about your family history of female cancers.

11. Your body’s gearing up for menopause.

Oh yes, simply getting older can mess with your period. Menopause, which technically means you’ve gone 12 or more months without a period, hits women around age 50. However, your body starts the natural decline in hormones that leads up to menopause (aka perimenopause) as early as 35, says Christiane Northrup, MD, author of Women’s Bodies, Women’s Wisdom. 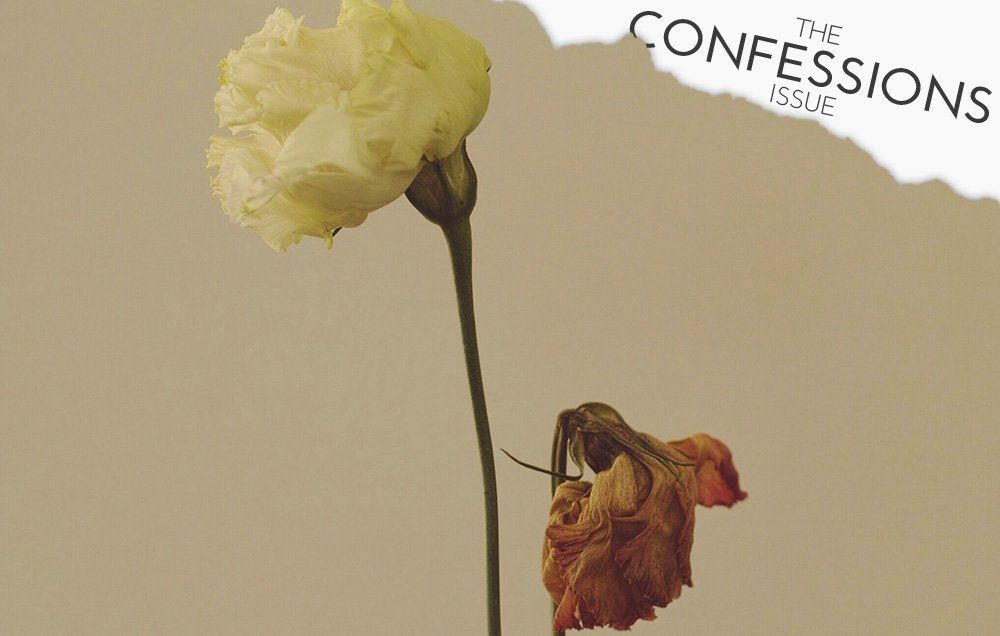 When this happens, you may notice your periods getting longer or shorter, your cycle becoming more random, and other slight changes in your menstruation.

If you’ve ruled out everything else, and you’re in your mid- to late- 30s, your prolonged periods might simply be due to the natural process of aging. There is, however, such a thing as early menopause, which can affect women even in their twenties. So talk to your doctor if this runs in your family or if you’re showing other signs of menopause, like a low sex drive or insomnia.