Is ADHD being OVER-diagnosed… or has it just been neglected for years? Top experts weigh in on the debate as an ever-growing catalogue of celebrities share battle with crippling mental disorder

It was once a condition confined to disruptive children. Yet over the past few years, ADHD diagnoses have skyrocketed among adults.

Top mental health experts believe the knock-on effects of the Covid pandemic and lockdown may be to blame — with changes in routine leaving people unable to hide their inattentiveness.

Others credit the never-ending reel of celebrities publicly revealing their battle with the disorder for encouraging hundreds of thousands to seek an answer for their own restlessness and impulsivity.

In the past month alone, ex-Premier League footballer Jermaine Pennant and comic Johnny Vegas have both told of their own diagnoses. They joined the likes of reality TV star Olivia Attwood, former British Bake Off host Sue Perkins and Gomez guitarist Tom Gray, who last year confessed to having ADHD. 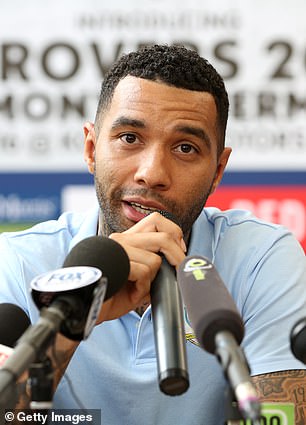 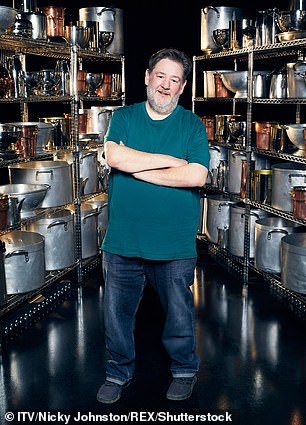 The ex-Arsenal and Liverpool star Jermaine Pennant (left) confessed to having ADHD in an interview where he estimated to having lost more than £10million. Legendary comic Johnny Vegas (right) explained he is just on the verge of learning about it and still in the ‘early stages’ of working through medication

While charities say the increasing awareness of the disorder is empowering, critics have repeatedly questioned whether it reflects reality.

Accusations it is being over-diagnosed have circulated online for years, with some people suggesting it is just a ‘trend’, to the fury of ADHD patients themselves.

Yet the truth of the debate — which finds itself in the spotlight once again — is not black and white.

Charities estimate 2.6m people in UK have ADHD, or attention deficit hyperactivity disorder. This includes roughly three per cent of adults. A similar, yet slightly higher, proportion are affected in the US, data suggests.

Yet, despite the sudden explosion of diagnoses among adults, ADHD is still more common in kids.

For it was not until 2008 that ADHD was officially listed in the UK as a disorder that affects adults. Before then, it was only recognised as a childhood problem that kids slowly grew out of.

As a result, rather than being over-diagnosed, experts argue that many adults now being told they have ADHD have gone years having their symptoms dismissed. But there might be other explanations, too.

Professor Philip Asherson, a psychiatrist of King’s College London, explains ADHD is on a spectrum, similar to autism, and argues that it has become ‘arbitrary’ where to draw the line at what is ADHD and what isn’t. 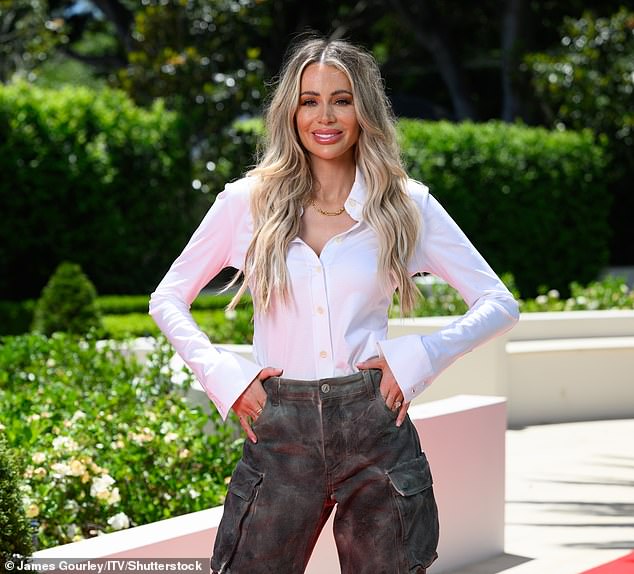 The former Love Island star, Olivia Attwood, said she was ‘lucky’ to get a ADHD diagnoses. In a frank admission, Attwood, who appeared on I’m a Celebrity… Get Me Out of Here in 2022, described it as a ‘state of being constantly overwhelmed’ 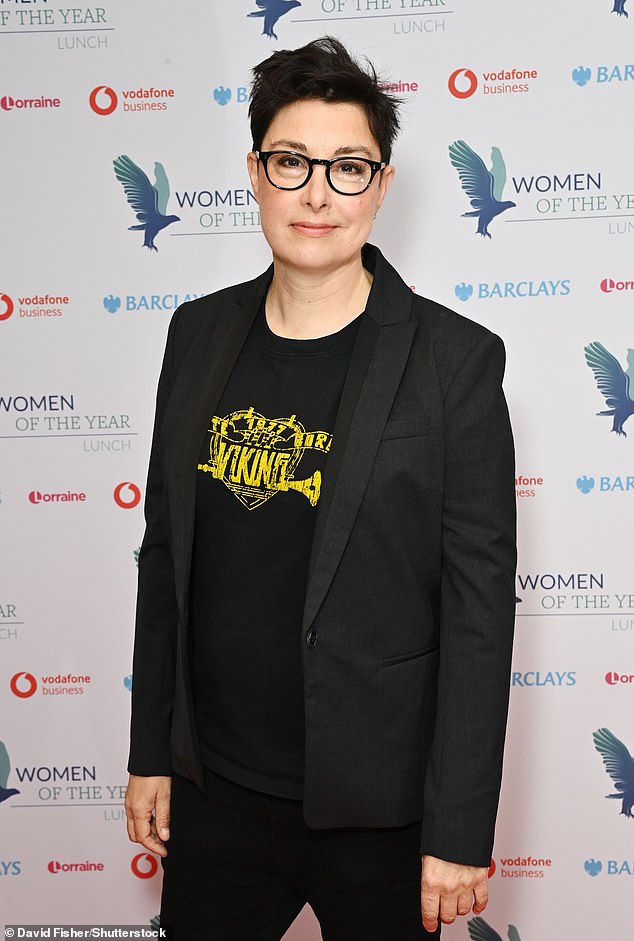 The former British Bake Off host, Sue Perkins, said that ‘everything made sense’ to her after her ADHD diagnosis

For example, its symptoms can overlap with other conditions, such as anxiety and depression.

With an increasing amount of people coming forward with symptoms of ADHD, he worries some assessments may be rushed.

Professor Asherson told MailOnline: ‘I have been concerned that because of the vast numbers of people coming forward there are some groups, particularly in the private sector, who are doing quite rapid assessments.

‘These people do always have a problem, but it is not always ADHD. So, there might be misdiagnoses if the assessment is not careful enough.’

However, you could be waiting the best part of a decade for a diagnosis on the NHS.

Doctors say it is a postcode lottery that sees some people wait up to seven years to even get close to receiving treatment.

Despite the long waiting list, the number of people given drugs to treat their ADHD has more than doubled since 2015. Latest NHS stats show around 170,000 people were prescribed ADHD drugs between July-September 2022, compared to 80,000 in 2015.

Private clinics can offer a quicker diagnosis than the NHS waiting list, but at £1,600 for a comprehensive adult ADHD assessment, many cannot afford that luxury. 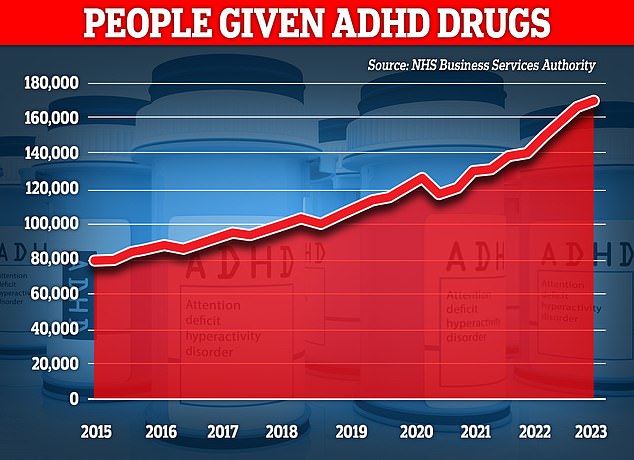 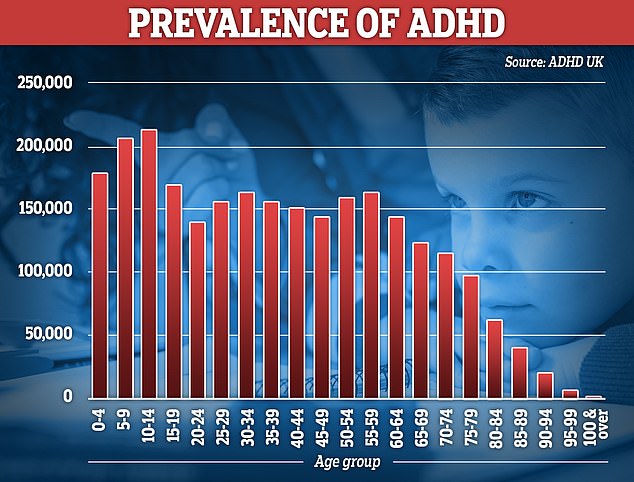 Dr Punit Shah, an expert in neurodiversity from the University of Bath, believes that over the past ten years there has been a faster growing interest in ADHD over other disorders such as autism.

He said: ‘Neither of these things are trendy — but they are getting more and more public attention.’

In fact, boys are three times more likely to receive an ADHD diagnosis than girls, according to the US Centers for Disease Control and Prevention. He believes this is down to a lack of research into ADHD to highlight how symptoms present differently in girls and boys.

Researchers say that children who are the youngest in their school year could also be wrongly diagnosed with ADHD because they are disruptive, fidgety and interrupting others, according to a review by University College London in 2018.

Experts warn over-diagnosis is ‘potentially harmful’, as some could be given drugs they do not need. Instead, they recommended that kids simply be given extra time to mature.

But adults — particularly women —  are probably under-diagnosed, according to Dr Shah. This is due to a lack of research into how symptoms present in adults.

Dr Shah added: ‘ADHD manifests in different ways across a person’s lifespan and in ways that we are still not fully understanding of yet.’

Psychiatrists also claim ADHD has been mistaken for anxiety, depression and even personality disorder for years, with tell-tale symptoms like dissociation and trouble sleeping overlapping between the conditions.

Dr Sally Cubbin, a consultant psychiatrist in the NHS and in private clinics in Oxford, Windsor and Southampton, said: ‘I think ADHD diagnoses really help adults explain why they have struggled and often they have been in the mental health services, but for the wrong disorder.

‘Even psychiatrists are not diagnosing it and labelling it as anxiety and depression.’

Because adult ADHD was only accepted 15 years ago, academics are still attempting to piece together the puzzle of how it affects older people.

Dr Cubbin explained that before 2008 only people studying child psychology would have studied ADHD.

But psychiatrists are starting to understand that just the complications of adult life is enough for some people to notice they struggle with ADHD, with bills, jobs and responsibilities to organise.

Professor Asherson added that although it may appear that some adults who do have ADHD are ‘functioning’ in everyday life, this only comes out of a ‘huge amount of effort which is often exhausting’.

Dr Cubbin said: ‘Once you hit adult life or university, suddenly there is more distractions or demands, bigger pieces of work to do, more reading, bills and shifts to navigate and that is really complicated compared to being a child.’

On TikTok alone, videos tagged #ADHD have amassed more than 19billion views, but experts worry, that although these videos by celebs and influencers raise awareness, getting advice online could lead to inaccurate self-diagnoses.

Professor Asherson said: ‘I think a lot of people are self-diagnosing, but often it is correct.

‘When it isn’t correct, that doesn’t necessarily mean they don’t have a problem.

‘Sometimes it is misdiagnosed but only because they have got another significant problem, such as being anxious or depressed.’

But lockdowns made ADHD even worse for many adults, which may have led to an increase in referrals, experts say. 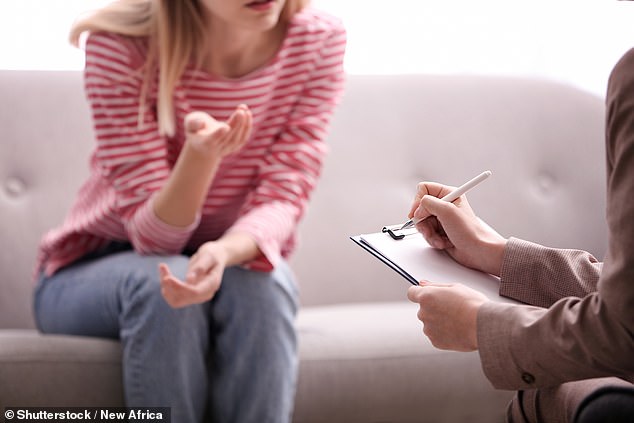 There is an estimated 2.6million people in UK with ADHD (or attention deficit hyperactivity disorder) and about three per cent of the adult population struggle with the disorder, according to ADHD UK. Sufferers can feel restless, struggle to concentrate and act impulsively

The lack of routine from WFH, schools closing and university lectures going online, exposed many symptoms of ADHD in adults that previously went unnoticed, according to Dr Cubbin.

People who usually had structure from working in an office or learning in a classroom found themselves getting distracted and restless at home and went online to find answers.

She said: ‘It was particularly bad for students who had to start doing online university work, for most people with ADHD university became even harder.

‘The pandemic made things worse for some people and exposed symptoms people already had.’

People with ADHD often need structure and routine to manage their symptoms, lockdown, particularly working from home, stripped people of their coping mechanisms leaving them struggling to focus and organise themselves.

But these people who found they were struggling also spent more time on social media channels, such as TikTok and Twitter and their #ADHD channels, looking for advice, experts say.

Symptoms typically appear at an early age and become more noticeable as a child grows. These can also include:

Most cases are diagnosed between six and 12 years old. Adults can also suffer, but there is less research into this.

ADHD’s exact cause is unclear but is thought to involve genetic mutations that affect a person’s brain function and structure.

Premature babies and those with epilepsy or brain damage are more at risk.

There is no cure.

A combination of medication and therapy is usually recommended to relieve symptoms and make day-to-day life easier.