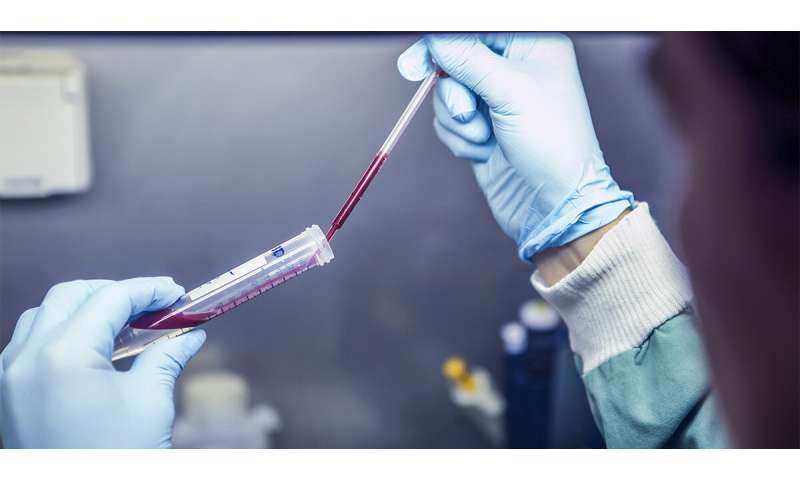 Iron deficiency is a major cause of anaemia, a lack of oxygen-carrying red blood cells or haemoglobin, which is experienced by two billion people worldwide—including almost one in 20 Australian adults. Iron deficiency and anaemia can have serious long-term health consequences, particularly for young children. They can also be a sign of other serious health conditions that should be treated.

Recent research has led to significant updates in the best practice for clinicians to diagnose and manage iron deficiency, and implementing these would lead to significant long-term health benefits both in Australia and around the world.

The new guidance has been published today in a review in The Lancet, by WEHI clinician scientists Associate Professor Sant-Rayn Pasricha and Associate Professor Jason Tye-Din, who are both also physicians at The Royal Melbourne Hospital, together with Professor Martina Muckenthaler from University of Heidelberg, Germany, and Professor Dorine Swinkels from Radboud University Medical Center, the Netherlands.

Iron deficiency is a common problem worldwide, including in Australia, where it impacts all ages from young children through to the elderly: twelve percent of Australian women are currently iron deficient, and one in 10 Australians has been iron deficient at some point of their lives.

A range of health problems can be caused by iron deficiency, including heart problems or, when pregnant women or children are iron deficient, the child is at risk of developmental problems, said Associate Professor Pasricha, who is also a haematologist at The Royal Melbourne Hospital.

“Being able to diagnose iron deficiency, and to understand and manage the causes of that anaemia, can provide a critical boost to the health of people of all ages,” he said.

“Our review has provided clear guidelines for how to test for iron deficiency, and the best approaches to treat it both in Australia and internationally.”

Associate Professor Pasricha leads the World Health Organisation (WHO) Collaborating Centre for Anaemia Detection and Control at WEHI, which provides up-to-date, evidence-based advice to the WHO. His research has included leading large-scale clinical trials of iron supplementation in low-income countries.

“We recently discovered that approaches to treating iron deficiency should be tailored to different countries,” he said.

“In Australia, there have been many advances in how iron deficiency is managed in the last two decades, but as a haematologist I can see that some people are still not getting the best care. For example, some people whom might benefit from intravenous iron are not being offered this, despite clear evidence it can quickly restore iron levels.

“We hope this review will provide clear information for doctors in Australia and around the world, improving the management of iron deficiency—which will have widespread benefits on people’s health.”

More than a dietary problem

While iron deficiency is often caused by a lack of iron in the diet, it can also be a sign of serious health problems including bowel cancer or coeliac disease, said Associate Professor Tye-Din, who is a gastroenterologist at the Royal Melbourne Hospital.