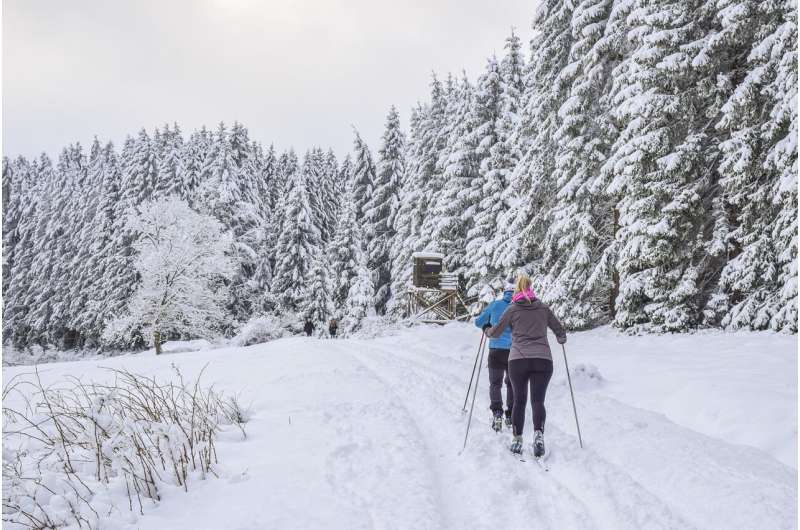 Prevalence of non-allergic asthma was highest among the most successful skiers, suggesting that it doesn’t seem to hamper competitive chances.

Non-allergic asthma has been associated with airway infections, long term exposure to irritants and airway damage. It is relatively rare in childhood and early adulthood, becoming more common in older age.

Cross-country skiers are twice as likely to develop asthma as the general population, with symptoms usually starting in the early teens. While the risk factors for allergic asthma are well known, those for different types of non-allergic asthma aren’t as clearly defined.

The researchers wanted to gauge the relative proportions of allergic and non-allergic asthma among competitive cross-country skiers compared with the general population. And they wanted to find out what impact performance level and training intensity might have.

They invited all Finnish cross-country skiers who had enrolled in either national championships (from the age of 17 onwards) or the largest national junior skiing Hopeasompa competition (13–16 year olds) to fill in a questionnaire on asthma development.

Out of a total of 1282 competitive skiers, 351 responded. They were matched for age, gender, and geographical region with 338 people who weren’t cross-country skiers.

Current asthma was defined as experiencing at least one of the following: three asthma-related symptoms from among cough, chest pain, shortness of breath, wheezing or phlegm; active use of any asthma medication or an Asthma Control Test (ACT) score of fewer than 25 points to indicate good asthma control.

Skiers’ success was assessed according to the number of International Ski Federation (FIS) points accumulated for the 2018-19 season in effect at the time of the study. The fewer FIS points the skier is awarded, the better his/her performance is ranked.

In both groups, asthma in parents or siblings and allergic rhinitis were strongly associated with current asthma. But sporting success and training hours were also influential.

And in the most successful skiers—those with the fewest FIS points—the prevalence of asthma was the highest (56%) with 65% of this non-allergic. This group was also the oldest and trained the most.

This is an observational study, and as such, can’t establish cause. And although the largest survey of cross-country skiers of its kind, the response rates were relatively low, acknowledge the researchers.

Much of the information provided also relied on recall and subjective assessment of symptoms.

“We conclude that the excess prevalence of asthma among competitive cross-country skiers compared with that in the general population is mainly because of non-allergic asthma emerging a couple of years after the onset of an active skiing career.”

And they explain: “The current findings suggest that intensive training in cold air is the trigger for inducing the excess of non-allergic asthma in skiers.