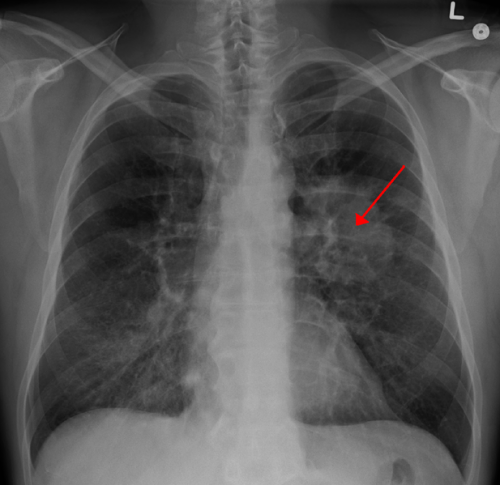 A combination of two drugs that open the floodgates to an immune system attack on cancer curtailed tumor growth in some patients with non-small cell lung cancer (NSCLC) that was resistant to a single immunotherapy agent, results from a recent clinical trial show. The addition of radiation therapy to the two-drug regimen did not improve outcomes, however, researchers at Dana-Farber Brigham Cancer Center and other centers report in a new study.

The paper, published online today by The Lancet Oncology, is part of a broad-based effort to extend the benefits of drugs known as immune checkpoint inhibitors by combining them with other treatments and with one another. The new trial is one of the first to test radiation therapy in combination with immune therapy in patients with cancer. The fact that radiation therapy didn’t enhance the effect of the two-drug therapy suggests that future studies should explore different combinations, the study authors say.

“Patients with NSCLC that doesn’t respond to checkpoint inhibitors known as PD(L)-1 inhibitors have few treatment options. In this trial, we tested a PDL-1 inhibitor in combination with a drug that targets a different immune checkpoint protein, CTLA-4—an approach that has shown promise in laboratory research but hasn’t been extensively tested in patients whose NSCLC is resistant to PD(L)-1 inhibitors,” says study lead author Jonathan Schoenfeld, MD, MPH, of Dana-Farber Brigham Cancer Center.

“We not only found that the combination brought the cancer under control in some patients, but our laboratory work suggests a way of determining which patients are likely to have this benefit,” he remarked.

The trial is part of a wave of research into combinations of checkpoint inhibitors and other therapies in patients with cancer. The inhibitors work by stifling “checkpoint” proteins on cancer cells or immune system cells that would otherwise protect tumors from an immune system attack. Such drugs have proved highly effective against certain types of cancer, but they’ve been less successful on their own in many other types.

One promising solution has been to use checkpoint inhibitors in conjunction with radiation therapy. A phase 2 clinical trial of that combination in patients with metastatic NSCLC produced encouraging results, but it wasn’t clear what dose of radiation works best.

The new trial set out to answer that question in patients with NSCLC resistant to PD(L)-1 inhibitors, and to evaluate a combination of PDL-1 and CTLA-4 inhibitors, with and without radiation, in these patients.

The trial involved 78 patients at 18 cancer centers in the U.S. All participants received the drugs durvalumab (which targets the PD-L1 checkpoint protein on tumor cells) and tremelimumab (which targets CTLA-4). One-third of them were also treated with low-dose radiation therapy followed by durvalumab. And one-third were treated with higher-dose, “hypofractionated” radiation therapy followed by durvalumab.

There was no difference in response rates between patients treated with radiation therapy and those in the immunotherapy-only group, investigators found. At the same time, though, about 30% of the patients had their disease brought under control, including 10% who had long-lasting responses to treatment—an impressive outcome considering that all participants had cancers that were resistant to PD(L)-1 inhibitors.

As part of the study, researchers analyzed tumor tissue samples from the participants. They found that those whose tumors teemed with immune system T cells were more likely to respond to the treatment than those with fewer T cells in their tumor tissue.