Research in mice reveals that immune cells in the brain constantly survey their neighborhood for overexcited nerve cells. The findings could shed light on neurological conditions in which nerves are “hyperexcitable,” such as epilepsy and Alzheimer’s disease. 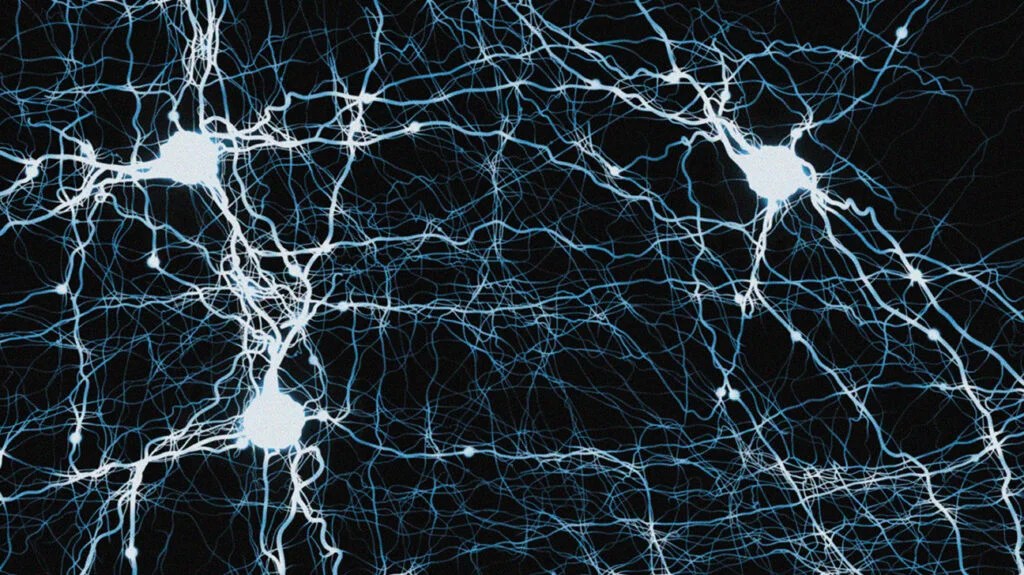 Night and day, immune cells in the brain called microglia restlessly extend and retract branch-like “processes” into their surroundings.

The established view among neuroscientists has been that the cells are looking for invading pathogens or evidence of damage.

“This never made sense to me,” says Dr. Katerina Akassoglou, a senior investigator at Gladstone Institutes in San Francisco, CA.

“Why would a cell expend so much energy for something that might never happen? I always thought there must be another reason for microglia to be moving all the time, likely related to a normal function in the brain,” she adds.

Dr. Akassoglou and her colleagues have now shown that the cells use their processes to monitor neighboring nerve cells for signs of overexcitement. When they touch overactive cells, the processes somehow limit their activity and prevent seizures.

“Microglia seem to sense which neuron is about to become overly active, and keep it in check by making contact with it, which prevents that neuron’s activity from escalating,” explains Dr. Mario Merlini, the study’s co-first author and a former research scientist in Dr. Akassoglou’s lab who now heads a team at the University of Caen Normandie in France.

Hyperexcitable neurons are known to be involved in a wide range of neurological conditions, including Alzheimer’s disease, traumatic brain injury, epilepsy, and autism.

After years of trying, researchers in Dr. Akassoglou’s lab managed to create a strain of mice called MgPTX, in which the microglia are alive but unable to send out processes.

“It was purely driven by curiosity,” says Dr. Akassoglou. “We just wanted to know, why do these cells move all the time, and what happens to the brain if they stop?”

For a while, the mice appeared to be fine, but then some of them began to have seizures.

Seizures occur when there is an uncontrolled burst of electrical activity in the brain.

To observe the effects of overstimulation on a discrete part of the mouse brain, the scientists developed a novel technique for continually tickling the whiskers of normal and MgPTX mice as they ran on a wheel.

The automated whisker stimulation model allowed the scientists to image overactive neurons in the whisker barrel cortex of the mouse brain, where processing of signals from the whiskers takes place.

The researchers discovered that in genetically normal mice, microglia primarily extend their processes toward active neurons.

Crucially, the researchers discovered that when a process touches an active neuron, the cell’s activity does not increase any further. By contrast, in MgPTX mice — whose microglia cannot send out branches — this calming of hyperexcitable nerves does not occur.

“[I]n our mouse model where microglia movements are frozen, we found that the activity of nearby neurons keeps increasing, a bit like a heater with a broken thermostat,” says Dr. Merlini.

The scientists report their research in the journal Nature Neuroscience.

Nerve inflammation and degeneration in the brain are known to disrupt the way microglia survey their surroundings.

Dr. Jorge Palop, a co-author of the study and associate investigator at Gladstone Institutes, explains:

“Network hyperexcitability can be observed in patients with epilepsy and in other conditions in which epilepsy is more likely to occur, such as Alzheimer’s disease and autism. And, a hyperactive brain causes a large number of neurons to fire (or become active) at the same time — a process known as hypersynchrony that can lead to spontaneous seizures.”

The authors hope that their findings will inspire new treatments that improve the brain’s capacity to keep electrical activity within safe limits.

In their study, they were able to chemically restore the ability of microglia in MgPTX mice to send out processes and survey their neighborhoods for excess activity.

When the animals’ whiskers were tickled, their newly restored microglia returned neuronal activity to normal levels.

“In many brain diseases, the ability of microglia to survey the brain is impaired,” says Dr. Akassoglou. “We now have a model to study the consequences of impaired microglia surveillance on brain inflammation and cognition in diseases including Alzheimer’s disease, multiple sclerosis, and also brain infection by viruses, like COVID-19.”

In November 2020, Medical News Today reported a review of research that found abnormal electrical discharges in the brains of some patients who recovered from COVID-19.