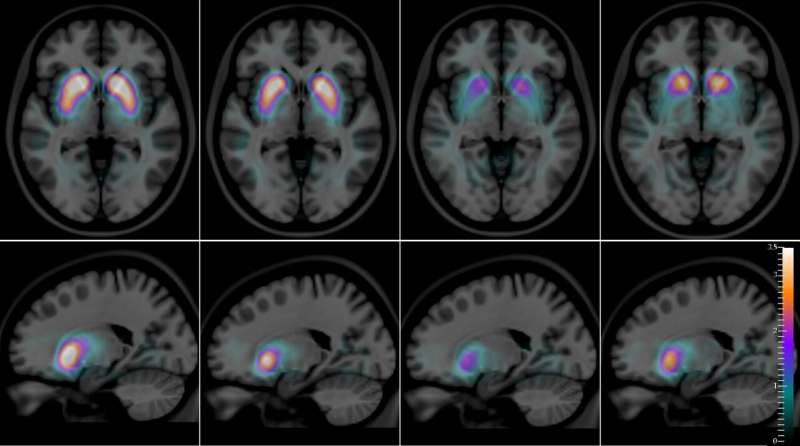 American actor Robin Williams had a neurodegenerative brain disease called dementia with Lewy bodies (DLB)—a distressing disease with symptoms in common with Alzheimer’s disease (AD) and Parkinson’s disease (PD). But unlike these two conditions, DLB also entails prominent mood and cognitive swings, sleep disorders, and vivid, sometimes terrifying, visual hallucinations. It is now thought that Robin Williams, whose diagnosis was only ascertained post-mortem, was likely driven to suicide, in 2014 by the terrifying hallucinatory experiences he suffered for years—and about which he never told anyone, including his wife. Susan Schneider Williams recounted the tragic story in an editorial published in the journal Neurology in 2016, titled “The terrorist inside my husband’s brain.”

DLB is a relative newcomer to the dementia landscape. It is frequently confused by doctors with Alzheimer’s disease, but also with Parkinson-related dementia (PDD), which afflicts up to 80% of Parkinson’s patients, on average 10 years after the onset of Parkinson’s disease.

DLB was identified in 1910, when a German-born American neurologist, Frederic Henry Lewy, observed “clumps” of an unusual protein in the autopsied brains of Parkinson’s and dementia patients (Alzheimer’s brains also present protein clumps, but the proteins involved are different). However, only recently has dementia with Lewy bodies been recognized as a common type of dementia. “It is the second-most frequent cause of degenerative dementia in elderly people—15 to 25% of cases at autopsy after Alzheimer’s,” writes an international team—including scientists from the Champalimaud Centre for the Unknown (CCU) in Lisbon, Portugal—in a new study published in the Journal of Neurology, Neurosurgery and Psychiatry.

Durval Costa, lead author of the new study and head of the Radiopharmacology Lab at the Champalimaud Experimental Clinical Research Programme, says that for several years, researchers hypothesised that the use of an imaging technique called single-photon emission computed tomography combined with an intravenous radioactive compound, [123I]FP-CIT, could allow the distinction of dementia with Lewy bodies from Alzheimer’s disease.

This is due to the fact that [123I]FP-CIT binds to dopamine transporters (dopamine is a neurotransmitter) located on the membrane of dopamine-producing neurons, which are very abundant in a specific part of the brain called the striatum. Since the striatal dopamine-producing neurons are depleted in dementia with Lewy bodies (just as they are in Parkinson’s disease), but not in Alzheimer’s disease, it was natural to assume that the pattern of distribution of this compound in the brains of patients would then allow doctors to visually distinguish DLB from AD in a quantitatively accurate way.

The results now presented by the team have been more than 20 years in the making. “The imaging data was acquired around 1996-1999,” explains Francisco Oliveira, who works in Durval Costa’s Lab and is the first author of the new paper. “These patients were followed from the time of their initial clinical diagnosis to that of their death—in some cases, for about 20 years.”

Part of the same team had already published preliminary results in 2002 in the same journal that has now released the new quantitative results. But at the time, the post-mortem material of the patient cohort was not yet fully available, so they had not been able to compare the in vivo diagnosis with the autopsy reports in a sufficient number of patients. “We did not have all the data then,” says Durval Costa. “Now we do.”

For the first time, the autopsies confirm the imaging data with very high accuracy: The images enable not only the differentiation of DLB from AD, but also of DLB from Parkinson’s disease (whose corresponding [123I]FP-CIT distribution patterns are also different from one another). Considering Robin Williams’s excruciating final years, it is noteworthy that his doctors eventually gave him a diagnosis of Parkinson’s disease, although he and his wife were certain that something else was wrong with him.

“To be able to quantitatively make these distinctions between diseases is crucial,” says Francisco Oliveira. “These diseases may present overlapping symptoms, which makes the clinical diagnosis difficult in some cases, and gives rise to a considerable percentage of misdiagnoses. Studies have shown that frequently, patients with DLB are clinically diagnosed as AD.” This could lead to patient mismanagement. The care of Alzheimer’s disease patients is different from patients suffering from DLB. Patients with DLB are very sensitive to certain types of medications that should be avoided, as they lead to faster deterioration and death.