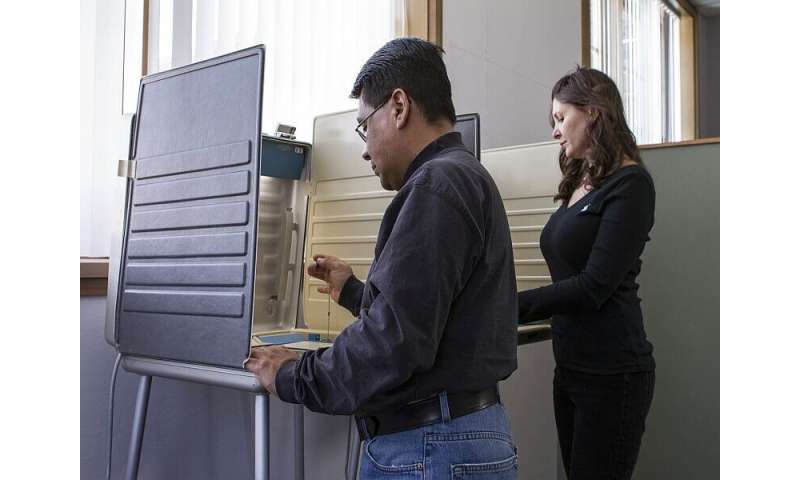 (HealthDay)—For most Americans, the 2020 presidential election is a big source of stress, a new nationwide survey shows.

Nearly seven in 10 adults (68%) surveyed called the election a significant source of stress, compared with 52% in 2016, the survey commissioned by the American Psychological Association (APA) showed.

Former Vice President Joe Biden, a Democrat, is trying to unseat Republican President Donald Trump in a divisive campaign that has put a spotlight on the president’s handling of the coronavirus pandemic, the economy and widespread racial unrest.

And pre-election stress is high among people of all political stripes: 76% of Democrats, 67% of Republicans and 64% of Independents, the survey found.

Arthur Evans Jr., APA’s chief executive officer, said this is an election year like no other.

“Not only are we in the midst of a global pandemic that has killed more than 200,000 Americans, but we are also facing increasing division and hostility in the presidential election,” Evans said in an APA news release.

“Add to that racial turmoil in our cities, the unsteady economy and climate change that has fueled widespread wildfires and other natural disasters. The result is an accumulation of stressors that are taking a physical and emotional toll on Americans,” Evans said.

But some groups are feeling the stress more acutely than they did in 2016, the survey found. For example, 71% of Black adults said this election is a source of stress, compared with 46% four years ago.

Adults with chronic health conditions are also more likely than those without one to say this election is stressful (71% versus 64%). Rates were lower in both groups during the 2016 campaign (55% versus 45%).

And the stress, which has intensified in the past year, goes beyond the election itself.

If election-related stress is getting to you, you can take steps to relieve it, the APA advised.

Avoid dwelling on things you can’t control and focus on what you can control. Limit your media exposure. Do activities you enjoy and get involved in things that matter to you, the experts suggested.