Icy blast that can save your sex life after a prostate operation: Business psychologist, 71, undergoes a new treatment to reduce impotence risk

Surgery for prostate cancer may cause incontinence and impotence. Michael Wellin, 71, a business psychologist from North London, underwent a new procedure that reduces those risks, as he tells ADRIAN MONTI.

One of my great passions in life is mountain trekking. Last year, I wanted to go on a very demanding break in Bhutan, and my wife Ruth insisted I had a thorough check-up first, which I had in August.

The doctor felt a small lump on my prostate and said I should have it checked by a urologist. I’d had the same rectal examination only five months earlier, because I was getting up two or three times a night to go to the loo, but had been told all was well.

I saw a urologist friend the next day. An examination and MRI scan confirmed the lump and I was told I might have cancer. As I had been going to the loo more often, which I knew was a sign of prostate problems, it wasn’t a total surprise. I also had marginally raised levels of the prostate-specific antigen (PSA) protein, which can be a sign of a prostate problem. 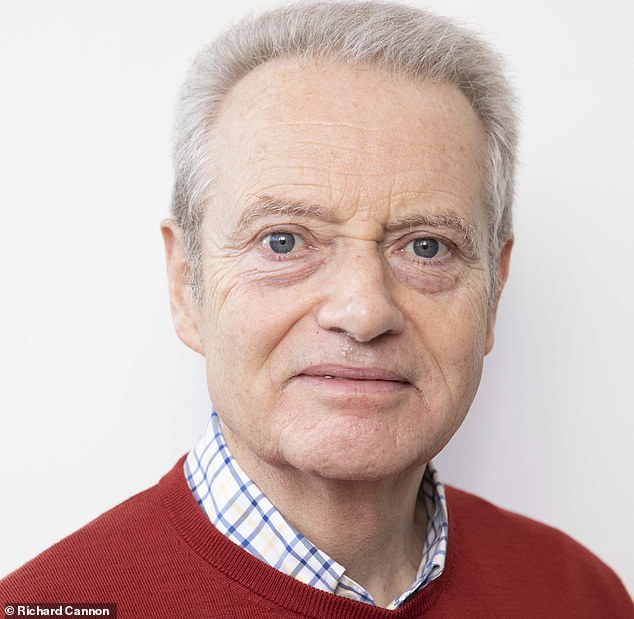 Michael Wellin, 71, a business psychologist from North London, underwent a new procedure that reduces those risks during surgery for prostate cancer

My friend recommended I saw Senthil Nathan, a consultant urological surgeon, privately, at The London Clinic. He did a biopsy and told me that while I had cancer, it was slow growing.

Mr Nathan said in 50 per cent of cases like mine, things do not get worse and recommended ‘active surveillance’, starting no treatment unless more tests show the cancer is growing.

He said I would be fine to go on my Bhutan trek and, distracted by walking eight hours a day and sleeping under canvas in sub-zero temperatures, I didn’t dwell on the diagnosis.

In mid-November, shortly after my return, an MRI showed the tumour had grown from 11mm to 14mm — a dramatic increase in only three months.

I was keen to have the cancer removed and so favoured surgery out of the various options.

Mr Nathan explained that the nerves around the prostate are often removed as well as the gland itself, to ensure all the cancer is taken away, but this can cause impotence and incontinence. However, a new technique can avoid this.

It involved removing the prostate — minus the nerves — and rapidly freezing it. The tissue would then be analysed while I was under anaesthetic, showing how much, if any, of the nerves needed to be taken away.

It meant I was less likely to have lasting side-effects, so I was happy to have it. My attitude was to get the cancer out of my body as soon as possible so I could get on with my life. 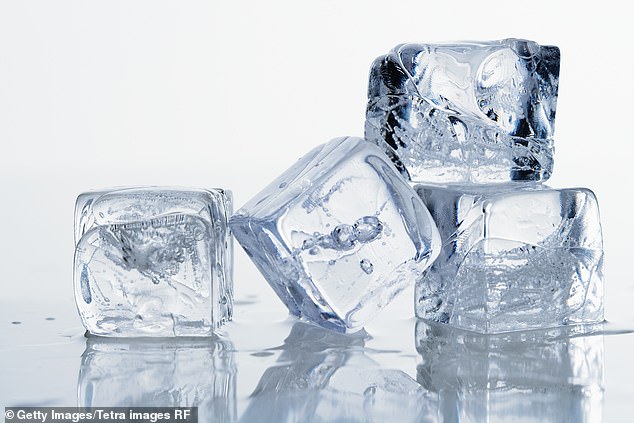 There are various treatment options for prostate cancer, depending on the aggression of the disease and whether it is still localised within the prostate

I had surgery a week before Christmas. I was up and walking the next day and went home the following day.

I had a catheter [long thin tube] for ten days to make urinating easier, but I was in little pain and was driving within a fortnight. I used incontinence pads for two months but my bladder control is expected to return to normal soon and I don’t have erectile dysfunction.

My PSA score is now zero — a sign the cancer has gone and a great reassurance. My goal is to be strong enough go trekking in May with my son Zack.

Senthil Nathan is a consultant urological surgeon at The London Clinic and University College London Hospitals.

Prostate cancer is the most common male cancer in the UK, with around 47,000 new cases each year.

Symptoms such as needing the loo more frequently, struggling to pass urine, or a sensation that the bladder has not emptied completely may not be obvious so the cancer is often not diagnosed until it is advanced and more difficult to treat.

Caught early, the cancer’s survival rate is 84 per cent. However, in advanced disease, the survival rate at ten years can be only around 40 per cent.

There are various treatment options for prostate cancer, depending on the aggression of the disease and whether it is still localised within the prostate.

If the cancer is growing and needs treating, the available options are effective, but they each carry a risk of side-effects.

Radiotherapy is often successful. Another option is brachytherapy, in which tiny seeds that slowly release radiation are placed inside the prostate.

The prostate can also be removed in a procedure called a radical prostatectomy.

But all these treatments can cause incontinence and impotence because nearby nerves and muscles that supply the penis are frequently damaged. Last year we introduced the ClinicSafe technique, a variation of an approach to surgery that is used in Germany, to spare the nerves.

We begin by carrying out an MRI scan and a biopsy of the prostate four weeks before the operation, so we can pinpoint where the cancer is and if it has spread to the nerves.

On the day of the operation, the patient has his prostate removed under general anaesthetic.

The gland is immediately frozen using liquid nitrogen and, with the patient asleep on the operating table, taken to the pathology lab for analysis.

The pathologist examines thin shavings from the side of the prostate under a microscope to see how close the cancer is to each edge. The prostate needs to be frozen or it will disintegrate and not show the gland in the detail we require.

Freezing and analysing the prostate adds 30 minutes to what is normally a 90-minute operation. It’s more labour-intensive, as the pathology team needs to be available instantly, but the patient recovers quicker as there’s no collateral damage to their muscles or nerves.

We have carried out 31 procedures using this method. If these patients were treated in the standard way, they would all have had their nerves removed along with the prostate. But only three of the men needed partial removal on one side of the gland, as opposed to both sides, a significant benefit.

A trial of ClinicSafe began this month on 600 NHS patients from University College Hospitals in London and six other centres. It will involve looking to see if there are better survival rates using this technique, too.

I believe this treatment is a big step forward, especially for those who are fearful of the side-effects of surgery, which is often the case with younger men.

The treatment, which is currently only available privately, costs about £17,000.