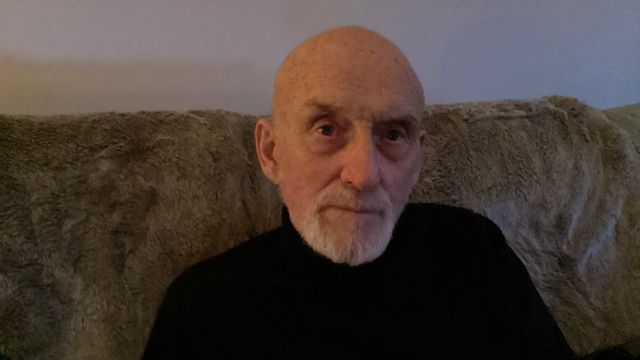 For seven years, I witnessed my daughter, Katie, suffer a slow and painful death from cancer.

By the end of her life, the sarcoma in her cheek had spread throughout her face, causing massive deformities. She also couldn’t eat, so she was fed through a tube and as a result, she weighed just five stone.

I realised during her final excruciating days before her passing in July 2021 – when she was just 46 years old – that terminally-ill people deserve the choice to access assisted dying.

It’s something I feel very strongly about, because I may be facing a painful death of my own from cancer. And I don’t want to be condemned to the same horrific end.

My daughter was diagnosed with terminal cancer at the age of just 39. Doctors said she wouldn’t live more than five years; she was absolutely devastated but she took the diagnosis in her stride.

We were all so shocked, but our family promised to do our best to try to support her with it all.

By the last two years before her passing, her pain got worse so she was on strong painkillers, which wiped her out. Katie also required extensive surgery, so by the end of her life, her cancer had eaten away half of her face and one surgery involved losing one of her eyes.

Despite receiving excellent care, my daughter suffered over her last few months. Her death was horrific because she was in so much pain that she had to be restrained to be treated for it. Seeing Katie die like this was unbearable, and made me even more frightened of suffering a similar end to my own life.

In a cruel twist of fate, I learned I had a terminal illness on the same day my daughter was told she had just months left to live.

I have multiple myeloma – a type of blood cancer that has given me a rare and painful condition called amyloidosis, which is slowly damaging my organs. These illnesses have wreaked havoc on my body: I have lost all my senses, my fingers are numb and my eyesight and sense of smell have been damaged. I’ve got neuropathy, so I have no feeling in my legs and experience chronic diarrhoea, nausea, vomiting and sudden pains.

My best case scenario is that my heart fails first and I have a heart attack. How can it be right that this is the best I can hope for?

Terminally-ill people deserve choice over the end of our lives, including the option to die on our own terms. But without the option of assisted dying in the UK, people in my position are being forced to suffer to the bitter end or take the law into their own hands.

The NHS has provided excellent care to me, but it can only do so much. My options are limited.

A few weeks ago, I spent time in hospital and was treated with morphine. This is one of the few options available to me at the end of my life, but I do not wish to spend the rest of my days unconscious, unaware of my family around me in my last moments.

Under the current law, I don’t have the option of an assisted death, which is an option available for terminally-ill people in all but one Australian state, several US states, across New Zealand and many other countries.

I cannot possibly travel to Dignitas in Switzerland – a service providing assisted suicide to people who suffer from terminal illness – in my condition, nor would I want to die overseas.

The current law effectively leaves with me two choices: suffering or suicide. This is inhumane.

Hundreds of terminally-ill people a year are taking their own lives in the UK with no medical support. Last year, while Health Secretary, my own MP Matt Hancock recognised that a more detailed picture was needed, and data about this phenomenon is now due to be published by the Office for National Statistics (ONS) on Wednesday (20 April).

I don’t want to become a statistic; I want real choice over my death.

I want to be able to choose when the time is right for me to die; when my suffering becomes too much to bear and after I’ve said goodbye to my family and friends, who have already endured the heartbreak of watching a loved one go through terminal illness.

I also cannot ask them to help me die. Not only is that such an impossible and difficult thing to ask, but it is also illegal.

Assisting in someone’s suicide is punishable by up to 14 years in prison but more serious charges of manslaughter or murder could be brought depending on the circumstances. So many relatives of terminally-ill people are put in that desperate, unbearable situation where they feel breaking the law is their only option.

The Crown Prosecution Service (CPS) recently held a public consultation on how they should treat cases of so-called ‘mercy killing’ or suicide pacts, recognising that loved ones who step in to offer compassionate assistance should not be prosecuted if they meet certain factors.

While this is an important step, it offers little reassurance to people like me who don’t want to have to rely on family breaking the law – is it not much safer and sensible to offer assisted dying as part of compassionate end of life care?

Having the option of an assisted death would bring me so much peace of mind: knowing that I would have that choice to end my pain, whether I’d take that option or not.

I just wish Katie had that option too – even though I don’t know for sure whether she would’ve taken it up. But why can’t we have the right to choose to die on our own terms – and with dignity?

The law won’t change in time for me, but I am campaigning with Dignity in Dying to give this choice to other terminally-ill people. I’m doing this so that one day no one will have to endure the pain that my daughter and I have been through if they wish to take control over their deaths.

If you support a terminally-ill person’s right to choose, I urge you to sign our petition to ensure a full and proper debate on assisted dying takes place in Parliament.

We all deserve a better death than the one Katie endured. Dying people deserve better.