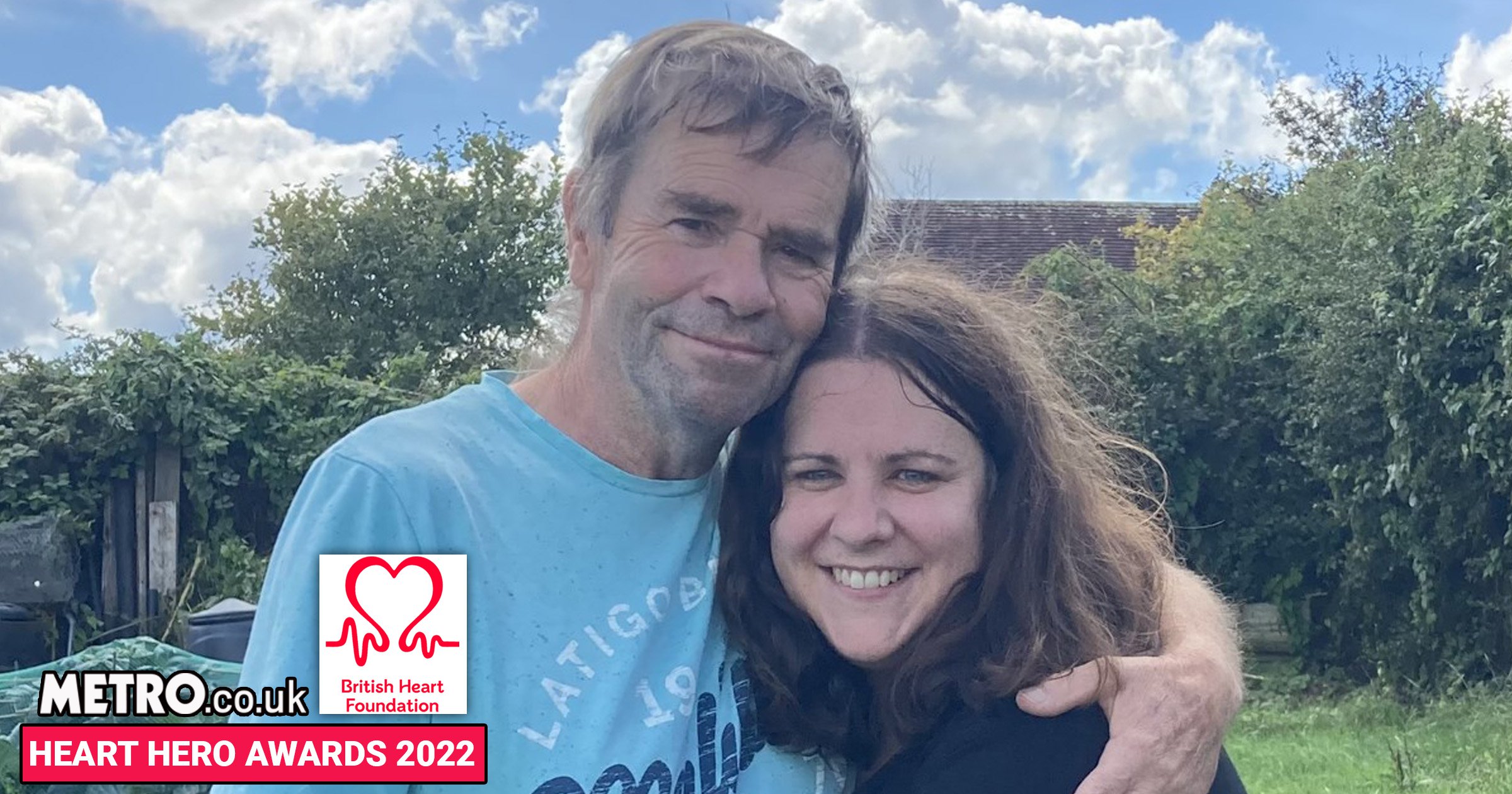 My dad, Tim, has always been incredibly active – even when he retired, he didn’t slow down.

He was a Scout leader, helped neighbours out with their gardens and him and my mum, Julie, were always out and about with their gorgeous cocker spaniel, Bella.

He did the school run for me twice a week and was always helping out with his four granddaughters, who adored him.

So when it was his 70th birthday in August this year, wanting to celebrate him, we arranged a family barbeque.

Dad being Dad, of course, he wouldn’t relax. Instead, he was putting chairs out, starting the barbeque, handing out drinks.

Eventually though, after handing me a glass of prosecco, he sat down. He couldn’t get comfortable though, and, after shuffling about, got up and moved his chair behind us. ‘I’m too hot,’ he explained. ‘I’d prefer to be in the shade.’

Just a minute later, I heard a noise behind me, almost like snoring. ‘You can’t be falling asleep at your own party,’ I laughed.

But when I turned around, Dad looked… awful. His skin was grey and clammy and his breathing was loud, rattly.

Mum started screaming, as I, along with my husband and sister-in-law, all rushed to his side. Helping him down onto the ground, I realised in horror he wasn’t breathing.

With shaking hands, I called 999. ‘We’ll send an ambulance but you need to start CPR straight away,’ the operator instructed me.

Thankfully, as a nursery manager, I did a first aid course every three years. Although we focused on paediatric first aid, we always went over adult CPR. I’d never imagined I’d actually have to use it though – especially not on my dad.

Adrenaline rushing through me, I started pressing on his chest, praying I was doing it right. Eventually, I felt his chest move – he was breathing again! But when the operator told me to put him into the recovery position, it stopped again.

‘You need to keep going,’ she told me.

My husband had gone to wait for the ambulance, my sister-in-law had gone to make sure my daughter and nieces were OK. It was just me and Dad. The pressure was crushing. ‘Please come back to me,’ I begged him.

‘The ambulance is close by,’ the operator finally told me. ‘They won’t be long.’ And sure enough, in the distance, I heard the wail of sirens fast approaching.

‘Thank goodness,’ I thought, in relief. But it wasn’t quite over yet… ‘You’re doing a great job,’ the paramedic told me. ‘Can you keep going until we set up our equipment?’ I was desperate for someone to take the weight of responsibility away from me, but I nodded.

By the time they put a compression machine on him, it felt like a lifetime had gone by. In fact, it had only been 15 minutes.

‘We can’t lose him,’ I explained tearfully to the paramedics. ‘it’s his birthday.’ I watched, terrified, as they kept attempting to stabilise him, but each time his heart started beating again, it would crash within seconds. They had to shock it back into action twice.

Mum was still in bits, so the paramedics asked me to go in the ambulance with Dad. I felt completely out of my depth but I couldn’t say no. ‘Your dad is very poorly,’ one of them explained. ‘I’ll take you to the relative’s room while he goes straight to resus.’

At the hospital, every nurse, every consultant congratulated me on my CPR work, telling me my dad was only alive because of me. To be honest, it barely sunk in at first – and when it did, it was overwhelming.

However, it wasn’t all good news. Dad’s heart attack had lasted for three hours and doctors had no idea if he would wake up. If he did, there was a serious risk of brain damage.

But he had a stent put in and after three days, Dad was off his ventilator. And a few days after that, he was sitting up and smiling. ‘I heard you saved me,’ he grinned when I came in one day. ‘I guess you must like me.’

I beamed in relief. ‘I guess I must.’

And when the consultant came in to see us, he nodded to me. ‘You did all of the hard work,’ he smiled. ‘All I had left was the tidying up.’

Dad spent a week in intensive care, then a week on the cardio ward, where doctors checked for brain damage, asking him to set a watch or turn a key in a lock. Seeing how much these simple tasks irritated him reassured me he was OK.

He has no memory of those days and so the doctors advised I write a diary, to help him fill in some of the blanks. It was emotional to write it and it was hard to put into words what I saw and how I felt. However, I knew exactly how I wanted it to end. ‘Thank you so much for coming back to me.’

Because I’m aware that the outcome might have been completely different. Less than one in 10 people in Britain survive an out-of-hospital cardiac arrest, due to low bystander CPR rates – I’ll feel so lucky every day for my training and that it worked.

After two weeks, he was finally allowed home. He had to take it slowly at first, but before long, he was back walking Bella and making plans with Mum. It’s their golden wedding anniversary next year and they’ve booked to go to Alaska. They’re also planning another party – I just hope it’s less eventful this time.

Mum was so proud of me, she called The British Heart Foundation and nominated me for one of their CPR Heroes – I was absolutely delighted.

I would not wish what we went through as a family on anyone; it was a horrendous experience, one I’m still coming to terms with. But if I’ve learnt anything, it’s how important knowing basic first aid is. The information is out there and so easy to access.

A BHF Heart Hero, with Metro.co.uk as its media partner this year, can be anyone from a healthcare professional doing exceptional work, to a young person living with heart disease that has shown incredible courage and determination, to an inspiring fundraiser who has found creative ways to help fund research.

Those shortlisted will be invited to an awards ceremony hosted by Vernon Kay at Glaziers Hall in London on December 1, when the winners will be announced.

You can register to watch the celebration online through a live stream on the evening from 8pm. Guest celebrities will be announcing some of the winners.

Judging of the categories is now complete with Scottish footballer Scott Allan and TV and radio presenter Will Njobvu among this year’s celebrity judges.

But the Young Heart Hero and CPR Hero categories remain open to nominations throughout the year.

The awards ceremony raises awareness of the continued need for funding for the pioneering research that is turning science fiction into reality, and providing hope for more than seven million people in the UK living with heart and circulatory conditions.

To find out more about the categories or to make a nomination, visit the British Heart Foundation website.