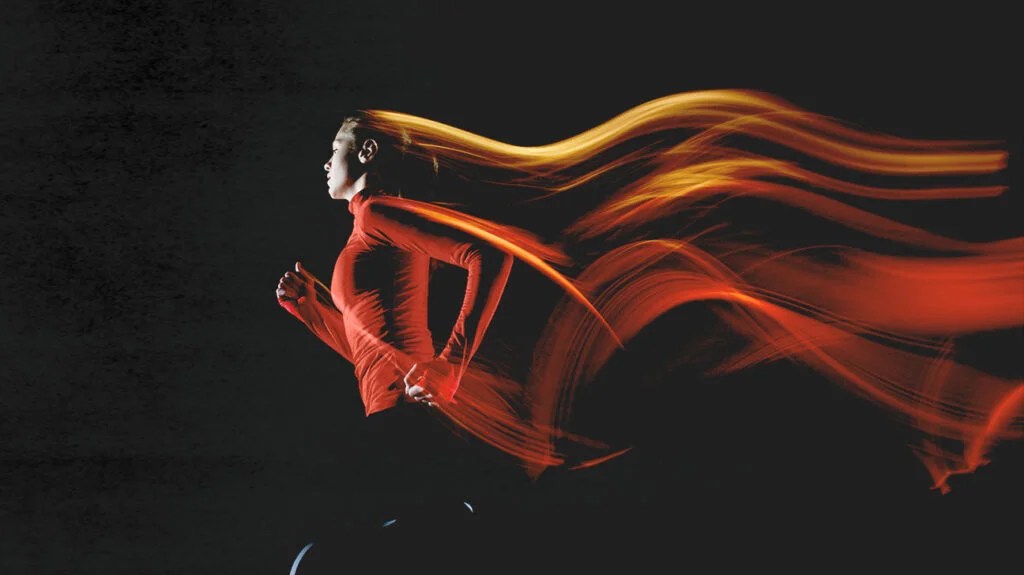 Conventional wisdom is that when people run shorter distances, they run faster than they would if they were running farther, and can do so without needing to burn more calories. A new study, however, suggests this is not the case.

The research suggests that runners naturally gravitate to the speed at which they are using as much energy as they can while protecting against the loss of calories.

The study also contradicts another long-held belief, finding that running speed is largely unaffected by distance.

Only during very long distances is a runner’s speed likely to change, as the lead author of the study, Dr. Jessica C. Selinger, of Queen’s University in Kingston, Ontario, explained to Medical News Today:

“For longer run distances, other factors may come into play and begin to affect running speed — for example, regulating the body’s temperature or combating fatigue.”

The study is published in Current Biology.

“We don’t currently have a clear understanding [of] how energy expenditure is sensed by the body,” said Dr. Selinger.

“One hypothesis is that our body uses chemosensors in the carotid body or brainstem to detect changing oxygen levels. Another is that we use more local sensors within our muscles,” she explained.

Dr. Christopher Lundstrom, a lecturer for the School of Kinesiology at the University of Minnesota, told MNT:

“One potential goal of going for a run is to burn calories, and if we are actually not maximizing how we burn calories, this study makes us think that maybe we could do things differently,” he told MNT.

In the lab and in the wild

The authors of the study, from Queen’s University and California’s Stanford University, have been collecting data on the mechanics of running in laboratory settings for 15 years. The current research includes data from 26 runners on treadmills.

The availability of fitness trackers allowed the researchers to augment their lab measurements with new data from 4,645 runners and over 37,000 runs “in the wild,” as the study puts it. (These runners wore a Lumo Run device, now discontinued.)

“We were able to fuse the two datasets to gain new insights and combine the more messy wearable data with the gold standard lab experiments to learn about how people run out in the world.”

While the authors of the study consider this melding of datasets to have allowed them to gain fresh insights, Dr. Lundstrom considers it concerning, and said it was worth noting that “the researchers are not comparing apples-to-apples.”

“They have data,” said Dr. Lundstrom, “on running from a wearable device from a large group of runners, and they have a different, relatively small group of runners who have been analyzed in other studies to find their most economic running speed.”

Is this a good thing?

Whether the tendency to run at an energy-efficient speed is good or bad depends on an individual’s goals.

“[I]f running at an energy-efficient pace allows us to enjoy running more, then this natural inclination may allow for people to stick with it more, as opposed to pushing themselves to an uncomfortable pace,” said Dr. Uquillas.

On the other hand, Dr. Lundstrom pointed out a possible negative outcome for fitness.

“The body needs a variety of stresses in order to continue to adapt, so doing all of one’s running at the same speed is likely to lead to a plateau in health and fitness outcomes, whereas implementing changes in speed on some runs will likely lead to further adaptations,” he said.

“Running with other runners or listening to [faster-paced] music are two great ways to push yourself beyond that energy trough to a faster speed,” Dr. Selinger suggested.

“If your goal is to improve speed,” said Dr. Selinger, “consciously focusing on that can also help, as does entering into a race — where minimizing time, and not energy, is the explicit goal.”

Another way to overcome this inherent preference, according to Dr. Uquillas, is to either set a deliberate pace to meet in a run or to periodically add speedier intervals.

“Other ways to overcome these instinctual preferences are to incorporate speed workouts into runs. For example, aim to increase your running pace for 30 seconds every five minutes,” he said.

Dr. Lundstrom also recommends trying interval techniques such as “alternating a minute fast with a minute slow for 20 minutes, for example, or running a hilly route where the person pushes up the hills and recovers down the hills.”