Scientists will try to grow human pancreases inside rodents in the hope of one day transplanting them into people with illnesses such as type 1 diabetes.

The research is the latest in a string of cross-species transplant attempts, which have proven successful between rats and mice in the past.

If this bid is successful, the genetic engineering could one day be scaled up to grow people-sized organs in bigger animals like pigs.

Although admitting it would take a long time before this could help human patients, the researchers were optimistic it could ‘save the lives of many people’.

But animal rights campaigners said the method sounded like a ‘waste of lives, time and money’ which was unlikely to succeed. 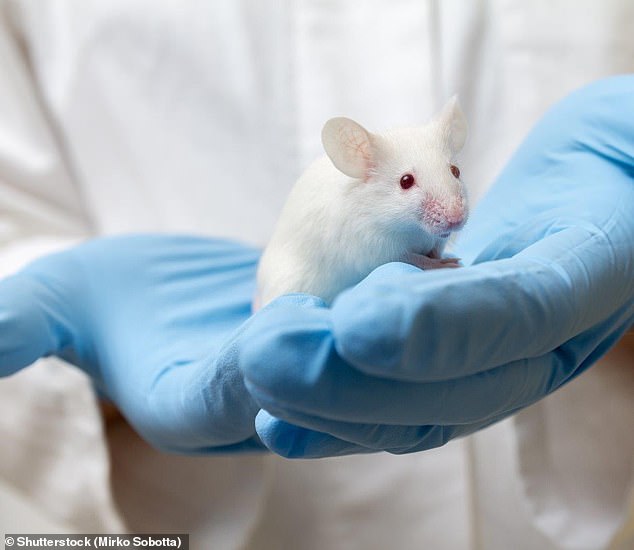 Experts at the University of Tokyo are applying for permission and funding to try the radical experiment, which would be the first of its kind in the country.

Professor Hiromitsu Nakauchi, who will lead the research, is developing on his past work which found rat-grown pancreases could cure type 1 diabetes in mice.

He is taking advantage of a change in Japanese law which, since March this year, now allows attempts to grow human organs in animals.

In some surgeries, animal body parts are already used to treat human patients.

The heart valves of pigs and cows can be used in heart surgery to replace those of people’s whose are damaged by disease or injury.

Scientists have for years been exploring the idea of implanting animal organs into humans in a bid to cure disease – people often die on transplant waiting lists.

In December last year researchers from the German Heart Centre Berlin transplanted an entire pig’s heart into a baboon, and the ape survived for 195 days.

The team called it a ‘landmark’ experiment and said it could pave the way for people receiving animals’ organs because baboons are a close relative.

Experts at the National Institute for Physiological Sciences in Aichi, Japan, have managed to grow mouse kidneys inside rats, which was hailed as another breakthrough.

They did this using the same gene-editing and stem cell technique the Tokyo researchers plan to use for pancreas creation.

The US’s Food and Drug Administration said transplanting animal organs and tissues – known as xenotransplantation – could one day help to treat conditions for which ‘human materials are usually not available’.

However, even the technical ability to do something and the desire to use it may not be enough to bring something into reality.

The FDA warns on its website: ‘Although the potential benefits are considerable, the use of xenotransplantation raises concerns regarding the potential infection of recipients with both recognized and unrecognized infectious agents and the possible subsequent transmission to their close contacts and into the general human population.’

Cross-species, previously unknown infections could be spread from animals to people by the risky procedures, the FDA said.

He told Asian news website The Asahi Shimbun: ‘Human organs will not be created immediately.

‘But if this method is realised, it will be able to save the lives of many people. We want to proceed cautiously with our study.’

Professor Nakauchi and his team plan to attempt the growth by genetically editing a fertilised rodent egg to stop it being able to form its own pancreas.

They will then inject human stem cells into the embryo, the Shimbun reported – stem cells are essentially the building blocks of babies and have the ability to turn into whatever DNA tells them to.

These human stem cells are expected to then develop into a tiny human pancreas.

Researchers will kill the embryo before it reaches full term but, if the human pancreas has developed without any problems and looks like it could function, they may move onto trials in larger animals to create human-sized organs.

People with type 1 diabetes have pancreases which either don’t work or don’t produce enough insulin, making it difficult for the body to absorb sugar from food.

Patients are currently reliant on regular blood sugar checks and insulin injections to keep their health in check.

He has successfully tried the method across rodent species already.

Research published in 2017 revealed a team at Tokyo had worked with Stanford University to implant working pancreases grown in rats into diabetic mice.

The mice only required a few days of treatment to stop their bodies rejecting the organs, before the pancreas began producing insulin as normal.

And transplants from animals to people, known as xenotransplantation, are used in medicine already.

The valves of pigs’ or cows’ hearts can be used to replace those of people having surgery for heart disease.

But a spokesperson for People for the Ethical Treatment of Animals (PETA), Dr Julia Baines, told The Sun: ‘Interfering with the genes of intelligent, sensitive animals in a quest to create organ factories for humans is out of touch and a waste of lives, time, and money.’

She added: ‘History teaches us that transplanting organs from one species into another has been a total failure.

‘Instead, we should be encouraging more people to register as organ donors and investing in cutting-edge, non-animal science so as to minimise the need for organ transplants in the first place.’