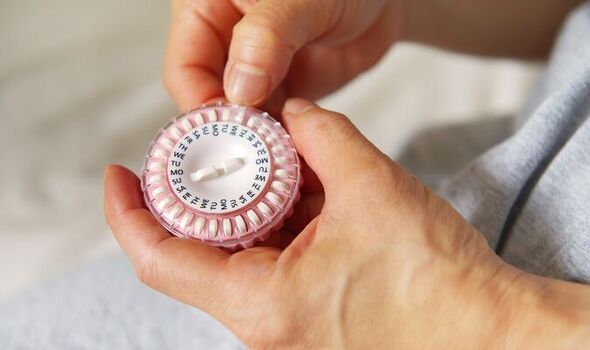 Hormone replacement therapy (HRT) can provide relief from debilitating symptoms including night sweats, low mood, anxiety and difficulty sleeping. But thousands of patients have been affected by repeated supply shortages over the past three years. Campaigners are also angry that a pledge last October to slash the cost of HRT by ensuring women only pay an annual prescription charge will not be fulfilled until next April.

Tory MP Caroline Nokes, chairwoman of the women and equalities committee, said: “I think the promises ring hollow and what you do by creating false hope is make people very angry.

“One of the challenges that the Government has is that they’re failing to connect with female voters.

“They’re now failing on a very specific issue to address the concerns of women voters over 50, and they’re a really important demographic to any government.

“It’s a very dangerous tactic to give false hope, to send a minister to the dispatch box in October last year to make a promise that they are then dragging their heels over delivering.”

A surge in demand has been blamed for current shortages of oestrogen gel products.

But Ms Nokes said the rise in prescriptions over recent years as more women have felt empowered to try HRT was “wholly predictable”.

She urged ministers to set up a working group with manufacturers to accelerate production and called for changes to prescription cycles to be implemented within three months.

She added: “It feels yet again as if, because this is an exclusively female condition, it’s being pushed onto the back burner.”

What is happening where you live? Find out by adding your postcode or visit InYourArea

Welsh Labour MP Carolyn Harris has played a key role in the “menopause revolution”. She worked with celebrities including Davina McCall and Penny Lancaster to end the taboo around menopause and ensure women can access the help they need.

She accused ministers of happily taking part in photo opportunities with campaigners but failing to deliver on promises.

Ms Harris said she had heard of women meeting in service station car parks to trade supplies of HRT medication.

“If I was diabetic, I couldn’t do without my insulin. HRT for those women who need it is no different,” she said.

“Why hasn’t this Government prepared suppliers and manufacturers to make sure they were aware that demand for this was going to increase?”

Elizabeth Carr-Ellis blogs about the menopause at 50Sense.net and created the #KnowYourMenopause campaign.

She has been affected by HRT shortages in the past and said the impact needed to be taken more seriously.

She explained: “Menopause is not just hot flushes. Even if it was, hot flushes are horrendous – it’s like a nuclear explosion going off in my body.

“The symptoms can be so debilitating. I was suicidal with my hormones. I was looking in the Thames every day and thinking, ‘why don’t I just jump in and escape?’

“It’s seen as one of those things women should put up with…people don’t understand that there are 34 different symptoms that can hit you. Each one can have a huge impact on your life.”

The Government has said it is working to resolve supply issues and that alternatives are available for patients affected.

But Ms Carr-Ellis argued it was not as simple as swapping drugs, saying: “It’s taken me almost four years to get the right HRT balance.

“It’s not just a case of ‘any old patch will do’. You’re talking about really finely tuned chemicals in your body, so you need the right balance.”

Minister for Women’s Health Maria Caulfield said: “I am clear all women experiencing the menopause should have access to appropriate care and support. HRT can be a lifeline to women suffering from debilitating symptoms and while the majority of HRT products remain available, supply issues for a limited number of products are understandably distressing for women who rely on this medication.

“We’re working closely with suppliers and partners to resolve these matters as quickly as possible, and I urge anyone concerned about accessing HRT to speak to their GP.

“We’re also reducing the cost of HRT meaning women can pay a one-off charge equivalent to 2 single prescription charges, currently £18.70, for all their HRT prescriptions for a year. We are implementing this system as quickly as possible.”