There’s no doubt Emma Isaacs is a high achiever. The Australian entrepreneur and mother of five is a bestselling author and the CEO of Business Chicks, an online community for women. But even she often catches herself feeling like a fake.

At a business awards ceremony, she was struck by such a thought. “I’m not that good; surely people are going to realise this soon?” she mused. Even when her book hit the bestseller lists, Emma cowered, “convinced I’d be ‘found out’ as a fraud”. 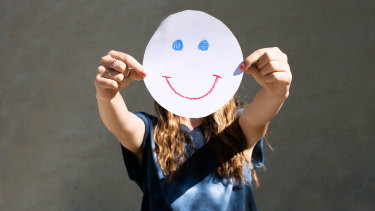 People who suffer from this syndrome are still capable of doing their jobs well. They just don’t believe in themselves.Credit:Stocksy

Like countless others, Emma suffers from imposter syndrome. Psychologists Suzanne Imes and Pauline Rose Clance first used the term “imposter phenomenon” in the 1970s to describe a feeling of “intellectual phoniness”.

In other words, even though there’s evidence to the contrary, people with the condition feel like fakes.

Having such feelings is common, says Hugh Kearns, a researcher at Flinders University in Adelaide and author of The Imposter Syndrome. He believes approximately 30 per cent of people have imposter syndrome, meaning that most of the time they feel like a fraud, with women more commonly affected than men.

Meanwhile, he uses the term “imposter feelings” to describe fleeting thoughts of being a fake. He says those feelings affect around 70 per cent of people, and often crop up at times of stress, such as starting a new job or before a presentation.

Kearns reassures us that such feelings are normal. “I’d almost argue not having imposter feelings is a bit weird,” he says. “If you never question yourself … you’re almost moving off into narcissism, where you lack ability for self-reflection.”

Besides, feeling like a fraud doesn’t mean you are one, with new research – published this year in the Journal of Vocational Behaviour – finding that people who suffer from this syndrome are still capable of doing their jobs well. The problem is, they just don’t believe in themselves.

Instead, they attribute their success to other causes. As Kearns notes: “People say, ‘It was just luck’; ‘The right questions came up on the exam’; ‘They were just being nice to me, they didn’t really mean that’. So we have all these rationalisations.”

When such people hear about imposter syndrome, they’re often caught in a catch-22. That is, they
can intellectually understand they might suffer from this condition, says Kearns, “but deep down inside still think, ‘I really am an imposter.’ ”

Sadly, that mind frame can lead to a raft of negative psychological effects, with the condition linked to burnout, emotional instability and social anxiety.

The good news is there are ways to manage it. Start by watching your language. If somebody gives you a compliment, Kearns advises simply saying, “Thank you.” If you deflect, or devalue yourself by putting your achievements down to luck, for example, you then internalise such language and believe it even more.

Next, he suggests compiling a “fact file” that houses “evidence” of your achievements. This is important because, when you do feel like an imposter, you’re likely to be unable to recall any of your previous success. “But then you can go back to the fact file and say, ‘Hang on, I have good evidence [of my achievements] here.’ ”

Finally, he adds, learn to cope. “People always say, ‘How do I get rid of it?’ I always say, ‘You don’t,
you get used to it.’ ” Once you do, Kearns says it loosens its grip on you and stops holding you back.

And that’s the crux of the issue. Imposter syndrome can “really mess with your life”, says Kearns, as it can cause you to retreat from taking opportunities or reaching for your goals. “But that’s also the good part about imposter syndrome. If you do it to yourself, you can also stop doing it.”

This article appears in Sunday Life magazine within the Sun-Herald and the Sunday Age on sale November 17.