Should I give up shopping in case I become a thief? BONNIE ESTRIDGE on life with Alzheimer’s

Should I be shopping, if I have dementia? Why not, you might say.

Well, I recently read somewhere – please don’t hold it against me for not remembering exactly where – that those with ‘the A Word’ can end up stealing things from shops without realising it, and even become kleptomaniacs.

The idea is actually slightly ridiculous to me.

I think the last time I thought about such things was when I was 13 and desperately wanting a flash pair of shoes that I couldn’t afford.

Of course, I never did anything about it.

But could dementia turn me into a middle-aged shoplifter? 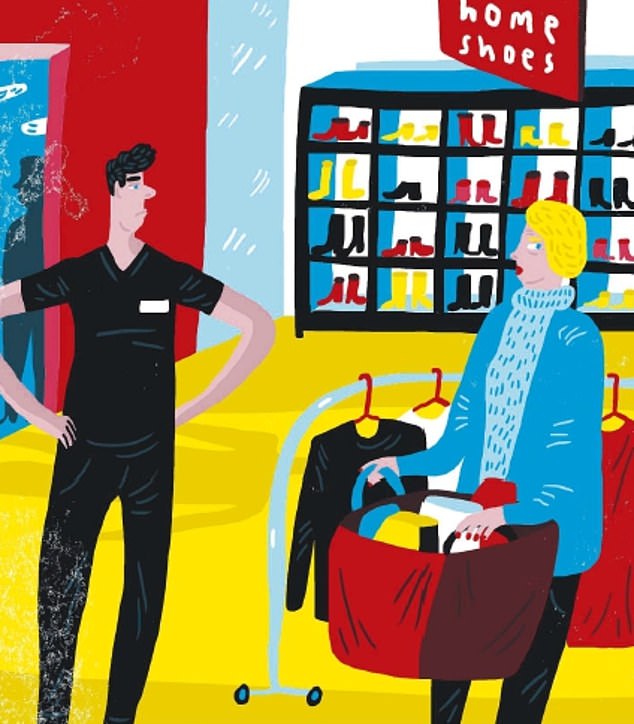 The story of Lady Isobel Barnett, a regular on radio and TV in the 1960s, sprang to mind.

The one-time What’s My Line panellist had long disappeared from the public eye when, in 1980, it emerged that she’d been caught stealing a tin of tuna and a carton of cream worth about 87p from her local grocer, and given a fine.

During her trial, it emerged that she had made a concealed pocket that she pinned to the inside of her coat.

A few days later, tragically, she took her own life. Lady Isobel was a widow by then, and was said to be depressed. But what would drive a middle-aged woman to steal things she could easily have bought, and perhaps didn’t need? 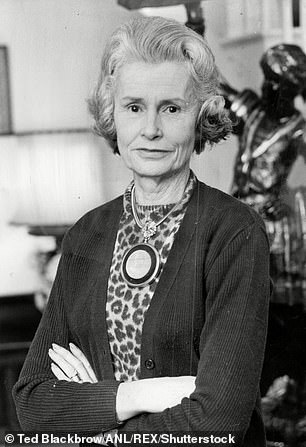 Lady Isobel Barnett had long disappeared from the public eye when, in 1980, it emerged that she’d been caught stealing a tin of tuna and a carton of cream worth about 87p from her local grocer

Was it a cry for help or, as I began to wonder, was she suffering from undiagnosed dementia?

Petty theft isn’t something I’d wish to dabble in but this blasted condition, among other things, can cause personality changes.

A recent study found eight per cent of dementia patients ended up committing crimes, including theft. And according to online forums where people chat about these things, it’s not just a case of absent-mindedly walking out with something in your hand and forgetting to pay.

My fellow A Word types claim to know what they’re doing – and say they just couldn’t stop themselves. It is a horrible feeling, to not quite be in control of yourself. One example of this is, as I’ve often said in this column, that I have a tendency to repeat myself. I don’t mean to. My friends usually shrug it off but fairly regularly, my long-suffering husband Chris – who has to put up with it the most – will say to me, when I ask him a simple question or tell him something about Benny, my dog: ‘For God’s sake, why do you have to keep saying that?’