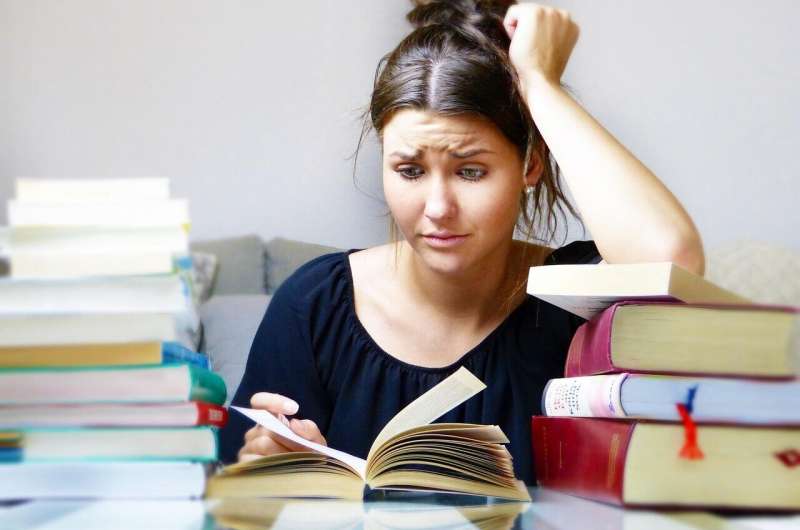 Studying well-being science as part of their courses could be a key way of improving how today’s students cope with the barrage of stressors they face, according to research.

Students are a high-risk population for mental ill-health and face increasing academic demands, high levels of loneliness and sustained financial pressures, which can adversely impact on mental health.

Now a Swansea University team have taken a closer look at just what impact an optional well-being science module offered to undergraduates would have on students’ well-being.

The research, by Professor Andrew Kemp and his co-authors consultant clinical psychologist Dr. Zoe Fisher, of the University’s Health and Well-being Academy and Ph.D. student Jessica Mead, has just been published in the journal Teaching of Psychology .

Professor Kemp, who is research lead at the School of Psychology, said: “The well-being of university students is deteriorating, highlighting a critical role for institutions to better support student well-being.”

Previous studies have explored the impact of positive psychology on student well-being, but this module created by the team moved beyond positive psychology, focusing on promoting a sense of connection to self, others, and nature.

He said: “Research tells us that well-being can be influenced by issues such as inequality and anthropogenic climate change. Our module encourages reflection on these issues and what students might do to within their capacity to address major societal issues of importance.

The team used questionnaires to assess students’ feelings of well-being before and after completing the module, alongside the results from a control group which did not complete the module. Comparisons with published norms, further highlighted the beneficial impact of the module.

The team say its research is significant for several key reasons:

Professor Kemp explained the timing of the study was particularly relevant: “Our study was conducted during the COVID pandemic and demonstrates capacity of strategically designed modules to improve student well-being during challenging times.