Coronavirus disease 2019 (COVID-19) has caused over five million deaths and spread to nearly every country in the world. The harsh restrictions imposed by governments in an attempt to curb the spread of the disease, including social distancing measures and the closing of public spaces, led to economic crises. 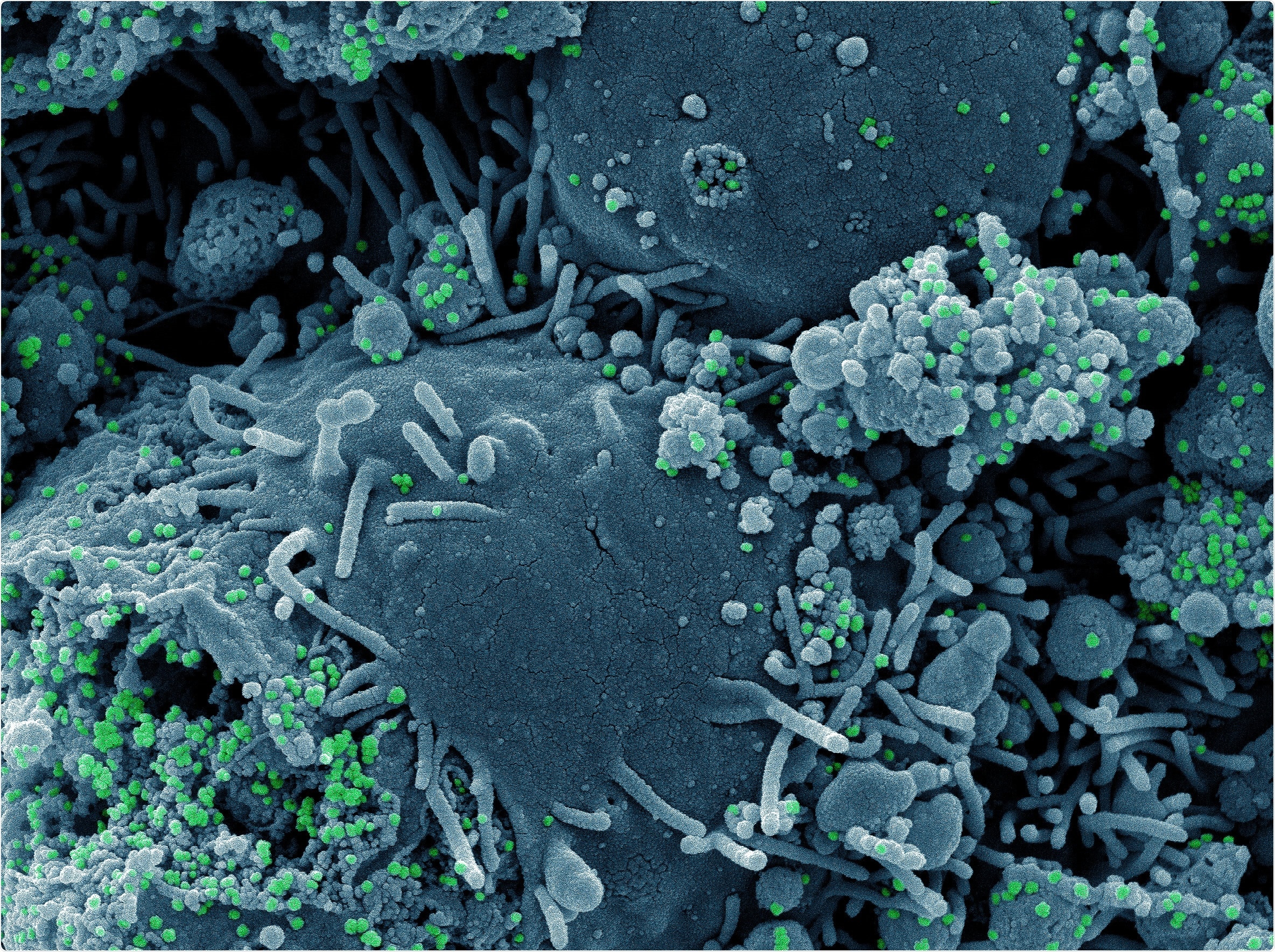 Now, researchers from Public Health Services Israel have been investigating a new variant called Lambda to see if it qualifies as a variant of concern. Their research is published in the journal Eurosurveillance. 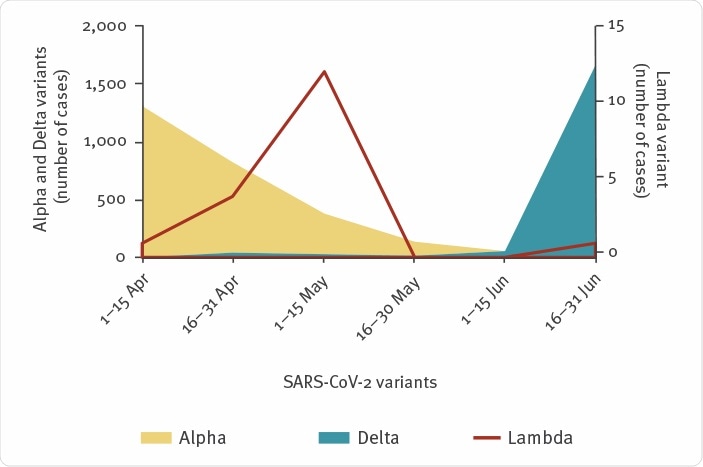 Number of COVID-19 cases with the Lambda variant (red) in Israel between 1 April–31 June 2021. One case was observed between April 1–15, four cases between April 16–31, 12 cases between May 1–15 and one case between June 16–31. At the beginning of June, the Alpha variant (yellow) decreased to less than 50 cases, whereas the Delta variant (blue) rapidly increased to 1,655 cases by the end of June.

The Lambda variant, like many other variants, is characterized by mutations in the spike proteins, including 75V, T76I, Δ246–252, L452Q, F490S, D614G, and T859N. The spike protein is key to the pathogenicity of severe acute respiratory syndrome coronavirus 2 (SARS-CoV-2). It is a trimeric surface protein formed of two subunits that must be cleaved by a host protein, S1 and S2.

S1 contains a receptor-binding domain (RBD) that can bind to angiotensin-converting enzyme 2 (ACE2) among other receptors in order to permit viral cell entry. S2 is responsible for membrane fusion. Many of the mutations that form new variants change the conformation of the homotrimer – each individual monomer can face 'up' or 'down,' leading to four possible conformations – up-up-up, up-up-down, up-down-down, or down-down-down.

When the proteins are facing down, they are less likely to induce an immune response – this is the evolutionary tactic the wild-type SARS-CoV-2 attempted. However, when they face up, the protein shows significantly improved ACE2 binding and is far more infective – often seen in variants. Unfortunately, these changes in conformation also make many vaccines less effective.

The researchers examined the neutralization of the Lambda variant in the sera of 36 individuals between the ages of 27 and 66, most of whom were women. All had received two doses of the Comirnaty vaccine, and the second dose had occurred at least one month prior to testing.

The neutralizing titers against the Lambda variant were compared against wild-type (WT), the Alpha variant and the Delta variant. Virus samples were characterized via whole-genome sequencing. Inactivated double diluted sera were added to virus suspensions containing an infectious dose of each SARS-CoV-2 variant/WT in 96 well plates for 60 minutes at 33C. Virus serum mixtures were added to Vero-E6 cells and incubated for 5 days before Gentian violet staining was used to stain the cell culture layer.

The mean neutralizing titer against WT was 103.6, against Lambda was 66.5, against Alpha was 90.5, and against Delta was 57. The researchers used Wilcoxon matched-pairs signed-rank tests to demonstrate significant differences between WT and all variants except for Alpha.

While the Lambda variant is currently only classed as a variant under investigation (VOI), not a VOC, it has spread to at least 30 countries and is especially endemic in South America.

As the Comirnaty vaccine has been shown to be 95% effective against preventing symptomatic COVID-19 caused by WT and Alpha variant SARS-CoV-2, the rising spread of the Lambda variant in Israel may be due to the high vaccination rate – which was ~80% in June 2021. Furthermore, as the Alpha variant was the most common cause of new cases in the country at this point, the mass vaccination may have opened room for the Lambda variant to spread more easily compared to other variants.

While the study was relatively small, the authors highlight the worrying ability of the Lambda variant to infect even fully vaccinated individuals and urge mass-vaccination schemes to be used in tandem with other efforts to reduce the spread of the disease, such as social distancing measures and mask-wearing.