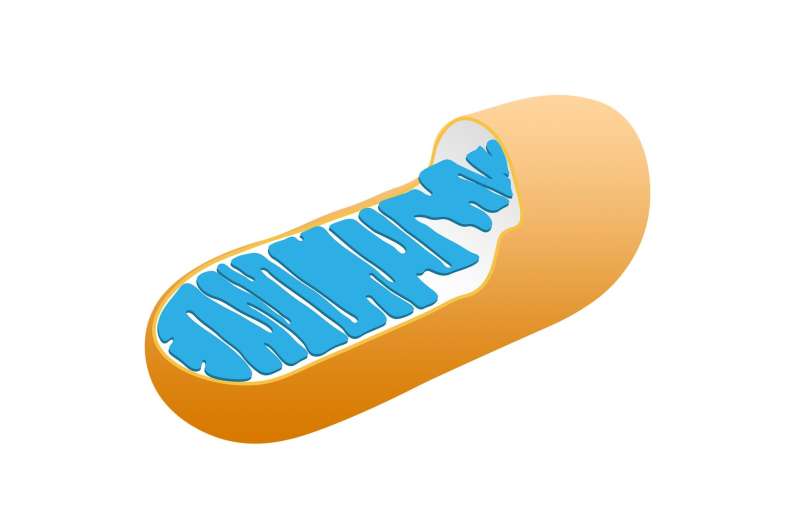 If an opinion poll were taken for the most popular component of mammalian cells, the result probably would be a 50-50 split: Half of respondents would likely vote hands down for the nucleus and the other half for the mitochondria—a decision that in no way diminishes or casts aspersions on the other hardworking constituents of cells.

Both the nucleus and mitochondria are critical membrane-bound organelles, cellular components with highly specialized roles. There are many, each with a specific role in the cell. The nucleus, only one per cell, is home to deoxyribonucleic acid—DNA— the spiraling master molecule of life. By contrast, there can be upward of 2,500 mitochondria per cell, which have their own, more primitive DNA loop, encoded with instructions only for energy production. These bean-shaped fuel factories are the only organelles—other than the nucleus—to be endowed with their own unique genetic material.

In emerging genomics research, a growing cadre of scientists has begun tapping into the organelle’s connection to something far more mysterious: the so-called dark matter of the genome—long non-coding RNA—and the influence that these sequences have on mitochondrial functions. These RNA transcripts have an influence in health and disease, new studies are demonstrating.

Long non-coding RNAs get their name from their extraordinary lengths, most of which exceed 200 nucleotides. And as the moniker implies, this form of RNA doesn’t code for proteins. Scientists have identified more than 50,000 non-coding RNAs of all lengths that are transcribed in the human genome. Most are 200 nucleotides long or longer and they exist between—or after— coding sequences.

Stunningly, these transcripts were once considered genomic junk, but increasingly they are being studied as the dark matter that holds sway over certain functions of multiple organelles, including mitochondria. These sequences of RNA possess enhancers and promoters that affect the expression of coding genes. Some activate or repress oncogenes, which means they play a role in certain cancers. Because these molecules have become the subject of intense research, new findings are helping to peel away much of the mystery about them. Long non-coding RNA—lncRNA—also possesses transposable elements—so-called jumping genes—which underscores how translocations and insertions into coding regions can and do occur.

In China, scientists who are conducting genomic research in the College of Life Sciences at Zhejiang University in the city of Hangzhou, are among the global investigators exploring the association between mitochondrial functions and lncRNA (pronounced “linc” RNA).

A mitochondrion (singular) is a veritable energy-producing factory, providing copious amounts of adenosine triphosphate, ATP. Heart cells are chock full of mitochondria because of the extraordinary energy demands required to pump blood. Unlike the nucleus, whose DNA is a spiraling helix, a mitochondrion has a single DNA loop, similar to bacterial DNA—and for good reason. Scientists theorize that 1.5 billion years ago mitochondria were primordial purple (non-sulfur) bacteria that insinuated themselves into primitive cells that were hungry for energy.

To shed light on the intimate relationship between mitochondrial function and lncRNA, the team also took stock of the indispensable roles that all organelles play in cells and the influences that this dark matter of the genome has on multiple organelles.

It was from their research involving the mitochondrial association with lncRNA that Sang and colleagues made a startling discovery—they uncloaked the activity of a tumor suppressor molecule known as growth-arrest-specific 5, or more simply, GAS5. The team discovered its association with “mitochondrially localized lncRNA.” GAS5 apparently helps maintain cellular energy homeostasis, the researchers found.

The tricarboxylic acid cycle is also famously known as the Krebs cycle, but additionally is called the TCA and the citric acid cycle. Regardless of which name is used, the cycle is a series of chemical reactions that occur in all aerobic organisms to generate energy through the oxidation of acetate. The acetate comes from dietary fats, proteins and carbohydrates.

In terms of cancer, GAS5, negatively correlates with levels of its associated mitochondrial metabolic enzymes in tumors and benefits the overall survival of individuals, particularly those with breast cancer, Sang and colleagues found.

While the findings illuminate a complex association between mitochondria and lncRNA, the research is likely just the beginning of discovering broader relationships between lncRNAs and mitochondria as well as lncRNAs and other organelles.

In addition to the nucleus and mitochondria, other major cellular organelles include the Golgi apparatus, which modifies and transports proteins. It is often referred to as the “post office” of cells. The endoplasmic reticulum is another organelle. It’s involved in the synthesis, folding and transport of proteins. The lysosomes have the job of breaking down large molecules—macromolecules—into their component parts. Proteins, for example, are reduced to their individual amino acid components.

“Organelles use specialized molecules to regulate essential cellular processes,” Sang explained, referring to lncRNA. However, systematically elucidating the sub-cellular distribution and function of lncRNAs in cellular homeostasis and human diseases, has not yet been fully realized, Sang emphasized.