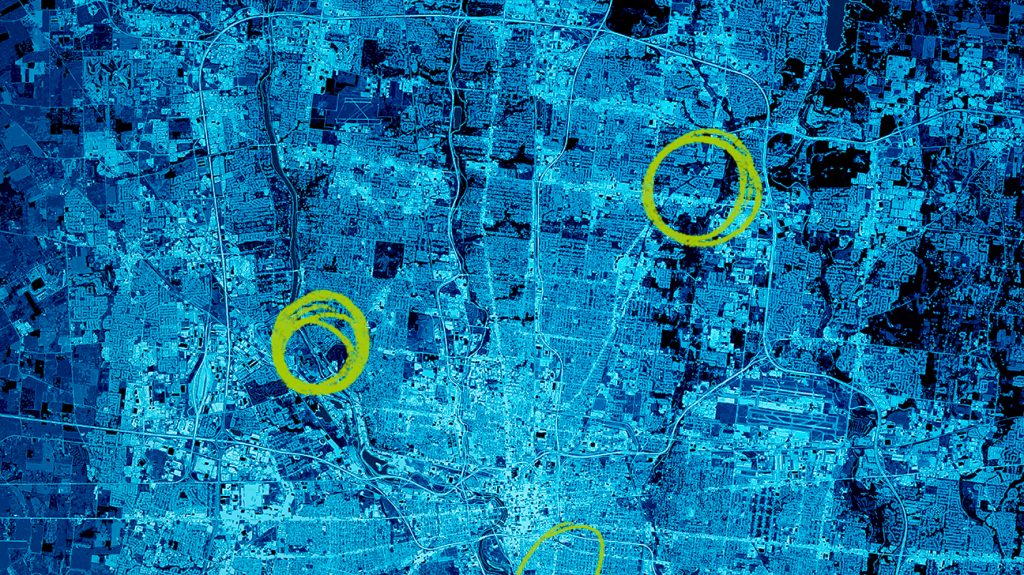 “If you gave me your shoe, I could tell you with about 90% accuracy the city in the world from which you came,” says Christopher Mason, Ph.D., a professor at Weill Cornell Medicine in New York, NY.

Prof. Mason and collaborators around the world swabbed railings, seats, and ticket kiosks on bus networks and subways in 60 cities.

Over 3 years, the scientists collected 4,728 samples and sent them to a lab at Weill Cornell Medicine for analysis.

The lab used a technique called to identify 4,246 known species of urban microorganisms from their DNA.

They discovered that each city has a unique microbial fingerprint, likely as a result of differences in climate and geography. In addition, there was a “core” set of 31 species that are not found in the human body but cropped up in 97% of all the samples.

The scientists have published their findings — which they describe as the “first systematic, worldwide catalog of the urban microbial ecosystem” — in the journal Cell.

They write that every day, billions of the people who live in cities come into contact with surfaces in mass transit systems, such as subways and bus networks.

Travelers bring with them the harmless “commensal” microbes that live in and on their bodies and come into contact with the organisms already in the environment.

This allowed the scientists to use the collective microbial genome or “microbiome” of mass transit systems as a proxy for the urban microbiome as a whole.

When he published his initial findings, researchers from all over the world began to contact him, asking for advice about surveying their own cities.

Prof. Mason developed a protocol to standardize the sampling so that, for example, each survey included swabs from benches, handrails, and the counters of ticket booths — places where travelers either sit or put their hands.

“[T]hese are the most ‘high touch’ surfaces in most cities, and we wanted to also have locations that would be uniform across the sampled cities,” Prof. Mason explained to MNT in an email.

The latest study revealed that many different bacterial genes that confer resistance to common antibiotics are widespread in the urban environment.

The most common resistance genes that the researchers identified allow bacteria to survive exposure to two major classes of antibiotics, known as MLS and beta-lactam antiobiotics.

Healthcare professionals use these antimicrobials to treat respiratory, sexually transmitted, and skin diseases, among many other infections.

In 2015, Prof. Mason co-founded the international Metagenomics and Metadesign of Subways and Urban Biomes (MetaSUB) consortium, which incorporates samples from air, water, and sewage, in addition to hard surfaces.

He and his co-authors envisage a “global sentinel monitoring network” to track antimicrobial resistance and the spread of infectious organisms. This would incorporate microbial data from livestock and farms, for example, and sewage from cities.

They believe that the COVID-19 pandemic has thrown the need for global microbial surveillance into sharp relief.

MNT asked Prof. Mason whether his study provided a blueprint for how such an international system might work and whether he thought that there was now the political will for it.

“Yes indeed — and it could work within cities and countries and then feed these data to WHO [the World Health Organization],” he said. “This paper is a good example of how such a system could work, and we’ve also made a site that lets you browse the data.”

One important limitation of the current study was that it only sequenced DNA. Future projects will also sequence RNA, which is the genetic material of many important viruses, such as SARS-CoV-2, which causes COVID-19.

In addition to helping track infections and microbial resistance, the urban microbiome could prove to be a valuable resource for new therapies.

Genetic sequence data from the current project contained more than 800,000 CRISPR arrays of which researchers were previously unaware. CRISPR arrays are DNA sequences that bacteria use to detect and destroy the viruses that prey on them.

Geneticists can use the arrays to create tools to edit genes, which could one day lead to treatments for inherited diseases.

“People often think a rainforest is a bounty of biodiversity and new molecules for therapies, but the same is true of a subway railing or bench,” says Prof. Mason.