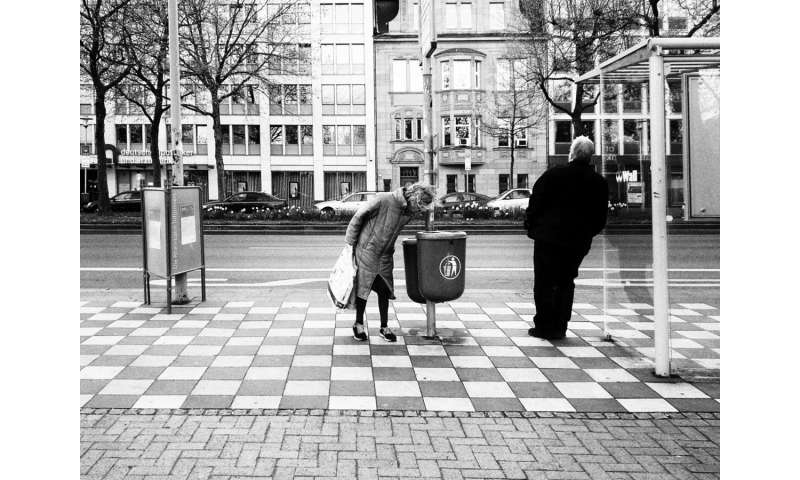 How do socioeconomic factors influence the mortality risk of employees in Germany? Pavel Grigoriev, Rembrandt Scholz and Vladimir M. Shkolnikov, researchers at the Max Planck Institute for Demographic Research, have calculated this reliably for the first time, using a public dataset from Deutsche Rentenversicherung, the German mandatory state pension insurance, which includes information from several million insured persons. Their study shows the role of good education, work status and above all of income—especially for men.

“For the first time we have a solid foundation in data to rate the different factors and their influence on mortality in Germany,” says Pavel Grigoriev. Earlier studies for Germany had used considerably smaller datasets obtained from surveys that were less significant.

The mortality rate is the probability to die within the next year—independent of age. To make the mortalities of different groups comparable, the researchers accounted for the influence of age. For example, unemployed people on average are older than people who have a job and naturally have a higher death risk. The age structure of all population subgroups was adjusted statistically so that they all had the same composition. That way, the differences in mortality could be ascribed to the remaining factors like unemployment or income.

East or West Germany? That’s not a factor per se

“The region of residence has a negligible influence on mortality,” says Pavel Grigoriev. While the mortality rate in the East is 25 percent higher for men than in the West, that difference vanishes when you take into account the effects of unemployment, education, income and nationality.

The reason for the higher mortality of men in the East is that they have a larger share of people who are unemployed or less educated or have a low income. All these factors raise the mortality. Other differences between East and West, like the medical infrastructure, seem to play a negligible role.

How extremely the socioeconomic status influences the chance to survive, especially income, employment status and education, can be demonstrated in the most disadvantaged group of men in the East: 14 percent belong to the lowest strata regarding income and education. Their mortality rate is more than eightfold of those in the highest strata. In West Germany, this most disadvantaged group among men is smaller and comprises 11 percent, and their mortality rate is only a little more than five times that of the most advantaged group. So at least for men, the mortality rate in the East is distributed more unevenly than in the West. Nevertheless, in the West income and unemployment also influence the mortality rate considerably.

Among women, the differences are less pronounced, especially considering income. Unemployment and education have a similar impact on mortality as with men.

The researchers reached their conclusions on the social context of mortality, which are unique for Germany, by evaluating the social security data of 27 million employees. They collected anonymized information on all insured persons in Germany that were between 30 and 59 years old in 2013.

Compared to other countries, especially in Scandinavia, Germany lacks the access to data. Figures about the connection between mortality and socioeconomic status are especially hard to come by, says Grigoriev. “This is because of the strict interpretation of privacy regulations regarding governmental datasets on the German population.”

In Germany, it is not allowed to connect personal data between different government agencies. For scientists, those data could be an important source for their research, that ultimately contributes to improving the well-being of people and populations. “In Germany, different institutions collect big amounts of data, using a lot of resources and taxpayers’ money, it’s not only demographic research could profit if this information was more accessible,” says Grigoriev.