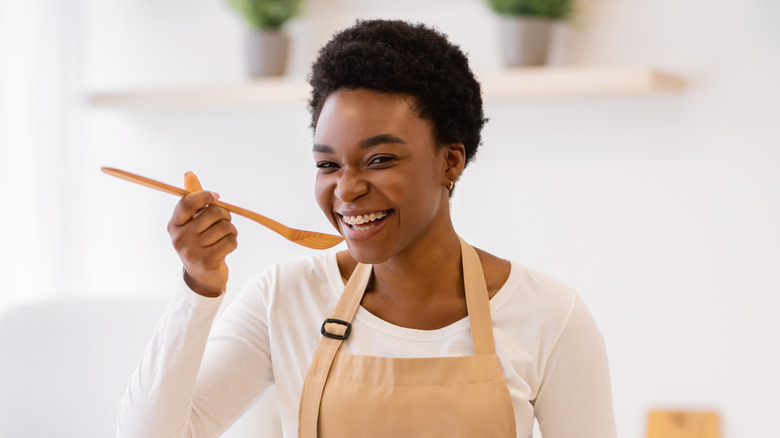 Did you fight with your mom over finishing your broccoli and Brussels sprouts? Would you gladly give up coffee forever if you had to drink it black? If you can relate, you might be one of a lucky group of people who may have some protection against COVID-19.

A clinical study just published in the American Medical Association’s JAMA Network Open indicates that people who are highly sensitive to bitter flavors are less likely to contract the contagious virus, and less likely to require hospitalization if they do. These so-called “supertasters” have a variation of the human taste gene that causes them to experience bitterness much more keenly than those who don’t. About a quarter of the population falls into this category, while another 25% have exactly the opposite problem: The gene makeup of “nontasters” makes it difficult for them to detect bitter flavors at all. The rest of us are merely “tasters” who can detect bitterness, but aren’t overly bothered by it (via Daily Mail).

Researchers from centers in Louisiana and Egypt studied nearly 2,000 volunteers to determine whether their tasting abilities had any bearing on their vulnerability to COVID-19. After determining the participants’ tasting abilities, the researchers tested them for the virus, then tracked the duration and severity of symptoms in those who tested positive. The results: Of the 266 people who contracted the virus, only 15 were from the supertaster group. More than half — 147 — were nontasters. And of the 55 people who became sick enough to require hospitalization, none were supertasters.

Here's how to tell if you're a 'supertaster' 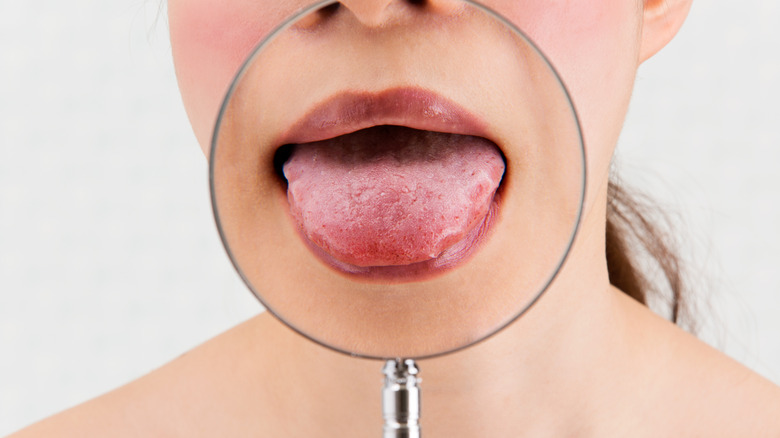 What does your tongue have to do with COVID-19? The scientists explain that we naturally produce nitric oxide in our respiratory systems when the taste gene is triggered. The nitric oxide helps kill airborne viruses or at least keeps them from reproducing in the respiratory tract. It’s thought that people with the supertaster gene variant produce more of the gas than people who don’t have it. The researchers hope that the results of their study can be used to help develop an easy screening tool that can determine who may be at greater risk for contracting COVID-19.

You can judge your own tasting abilities with a simple test. The Daily Mail explains how: Swish a little red-colored drink, like red wine, around in your mouth until your tongue is coated red. Then take a piece of three-hole loose-leaf paper and place it against your tongue. Your raised taste buds will poke through. Count them as best as you can. If you count more than 30 buds, you’re a supertaster (though you probably already suspected it if you’ve ever gagged over your vegetables). Between 15 and 30 makes you a taster, and fewer than 15 means you’re a nontaster.

Even if you’re a lucky supertaster, that’s not an invitation to throw caution to the wind. It’s still advisable to follow the regulations for mask-wearing in your area — and keeping your hands and home clean is always a good idea.