Helen Skelton opens up on 'dealing with the storm' in life

Appearing on a recent episode of ITV chat show Lorraine, Skelton revealed her mother Janet is currently helping her out with her and Myler’s three children Ernie, seven, and Louis, five and baby Elsie, six months. But trying to juggle the problems of modern motherhood is seemingly nothing compared to the “grim” kidney infection that the presenter suffered 11 years ago. When asked back in 2017 what her worst illness has been, Skelton did not hesitate to explain more about her health ordeal which happened whilst she was presenting Blue Peter.

Skelton shared: “I had a kidney infection at 27, which was pretty grim.

“It happened after I did a 30-mile trek with the Marines for Blue Peter. I was in bed for days.”

The NHS describes a kidney infection as a “painful and unpleasant illness” usually caused by a common bladder infection – cystitis.

Although most people with cystitis will not get a kidney infection, when bacteria travels up from the bladder into one or both of the kidneys it has the possibility of causing permanent kidney damage. 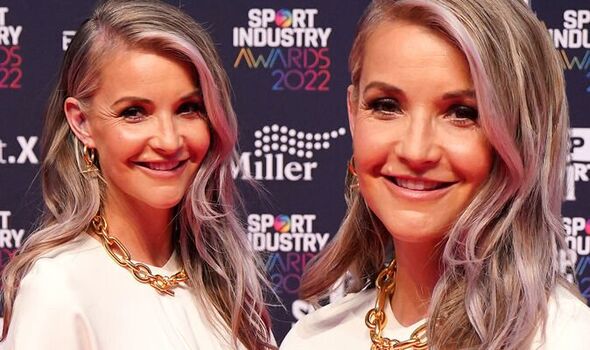 The bacteria that usually causes kidney infections is known as E. coli which lives in the bowel. The bacteria first get in through via the opening of the urethra and then move upwards through your urinary tract, infecting the bladder and then the kidneys.

It is thought that the bacteria can get into the urinary tract by accidentally spreading from the anus to the urethra. This can happen if you wipe your bottom after going to the toilet and the soiled toilet paper comes into contact with genitals.

In rare cases, a kidney infection can develop if bacteria or fungi infect the skin and the infection spreads through the bloodstream into the kidney.

However, it is important to note that this type of infection usually only occurs in people with weakened immune systems.

Due to the potential danger a kidney infection can cause, individuals should seek medical advice from their GP as soon as they start to feel discomfort or notice specific symptoms.

Symptoms of cystitis and kidney infection are similar and include the following:

However, those with a kidney infection also tend to feel feverish, shivery, sick and have pain in the side of the back due to the location of the organs.

Children with a kidney infection may also have additional symptoms, such as:

In order to diagnose a kidney infection, scans and further tests may be needed in comparison to a simple urine test that can detect general infection. These tests will generally be done if individuals have symptoms that get worse over time.

Once diagnosed, treatment with antibiotics can begin. Individuals will usually be prescribed a course of antibiotic tablets or capsules that lasts between seven and 14 days. The NHS notes that for most people – apart from pregnant women – antibiotics called ciprofloxacin or Co-amoxiclav are recommended.

Within a few days individuals will start to feel better and should feel completely better after about two weeks.

There are also numerous self-help tips that can assist in recovering from a kidney infection. This includes the following: 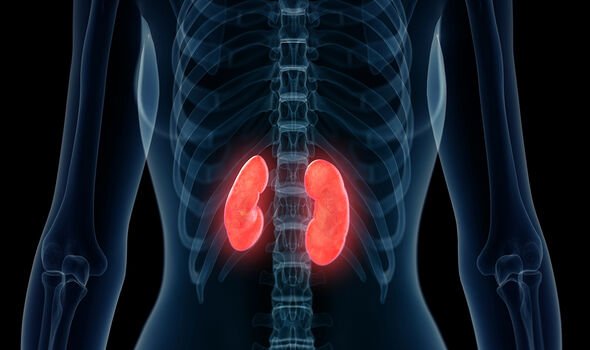 In addition to self-help tips after being diagnosed, there are also NHS-recommended tips to help prevent a kidney infection in the first place. These range from going to the loo soon after sex and wiping from front to back after going to the toilet.

Other prevention tips include:

For most people, rest, recuperation and antibiotics will make for a swift recovery from kidney infection but for others there can be possible complications. These complications can affect those with diabetes and chronic kidney disease more than others.

One of the most serious, but rare complications of kidney infection is a kidney abscess, where pus develops inside the tissue of the kidney. These are potentially serious because the bacteria inside the abscess can spread to other parts of your body, such as your bloodstream or lungs, and can be fatal.