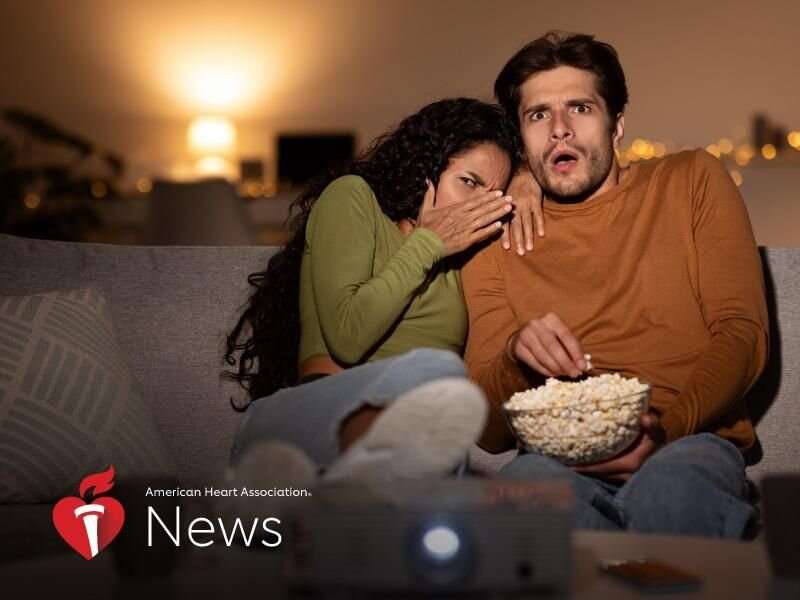 The good news is that fear can persuade us to avoid dangerous situations or help us flee from an angry bear.

The bad news is that fear can lead to chronic stress, with serious health consequences.

So should that affect your Halloween plans?

Probably not, said Zachary Sikora, medical director of psychology at Northwestern Medicine in suburban Chicago—unless you think scary movies and haunted houses might trigger more serious anxiety, or if you have cardiovascular disease that could be exacerbated by a sudden and dramatic increase in heart rate and blood pressure.

“For most people, experiencing mild to moderate levels of fear in a safe context is good,” he said. “We can embrace that and have fun.”

But whether it’s frivolous fun or terrifying trauma, the psychological impact has physiological results.

“The brain-heart connection is fascinating, and we don’t talk about it enough,” said Dr. Puja Mehta, associate professor of cardiology at Emory University School of Medicine in Atlanta. “There are direct effects and indirect effects.”

It starts in the amygdala, two almond-shaped clusters near the base of the brain. “That’s the fear center that reminds us when there is something threatening, in order to keep us safe,” Sikora said.

That can caution us not to approach the edge of the Grand Canyon. The sudden stress also causes the body to release hormones, such as cortisol and adrenaline, to provide a sense of alertness and extra energy to deal with the threat. That’s the fight or flight response.

Without fear or the amygdala, Sikora said, “I think our life spans would be much shorter.”

So far so good. The problems, Sikora and Mehta said, start when the fear doesn’t recede even if the danger goes away.

“All these things happening to your body are good if you’re in a dangerous situation,” Sikora said. “But it’s not good if you’re in bed trying to go to sleep. When that fear becomes untethered, it can really impact our functioning and our quality of life.”

From phobias to panic attacks to post-traumatic stress disorder, uncontrolled fear can disrupt lives and require psychological help. But there are medical consequences, too.

“If you stay in that stress physiology mode, you have neurohormonal changes,” Mehta said. “Your heart rate goes up, your blood pressure goes up, there’s more inflammation. And those risk factors can ultimately lead to heart rhythm problems such as atrial fibrillation or ventricular arrhythmias, compromised blood flow to the heart, and other consequences like heart failure.”

Moreover, she said, the risks may be compounded by unhealthy behavior.

“People who stay in that stress mode tend to make poor lifestyle choices,” Mehta said. “You’re not going to eat as healthfully, you’re not going to exercise as much, you may not listen to your doctor’s advice. If you’re stressed out, there’s sleep disruption. And we know that’s not good for you from a cardiac standpoint. And there even can be social isolation, which is also a risk factor” for cardiovascular problems.

Still, many people flock to horror films, bungee jumps and other pursuits regarded as a “good scare.”

Mehta thinks the effects are different from an unexpected fright, such as an earthquake or a violent attack, and a scare you’re prepared for.

“If I’m going on a roller coaster, I know what’s going to happen, and I’m ready for it,” she said.

Sikora—though he admits he was frightened by a haunted house as a child and still avoids them—agreed.

“I think somewhere in our brains we consciously are aware that even though those things seem to pose a threat, it’s not a real threat,” he said. “So the thrill is fun instead of terrifying. And that can cause the brain to release dopamine, which helps us feel pleasure.”

And, Mehta cautions, watch out for something that definitely should scare us on Halloween: overloading on sugar.