Harassment ‘buffer zones’ will protect women attending abortion clinics: Protesters face being jailed for up to six months if they breach new rules

Under the new proposal, it will become an offence to intimidate or harass anyone within 150 metres of the buildings.

The Government did not support the Labour plan, claiming that existing laws were sufficient, while some MPs warned it would criminalise ‘elderly grandmothers’ who peacefully pray for women seeking terminations.

But it was backed by several senior Conservatives in a free vote and the amendment to the Public Order Bill passed with a majority of 187 after 297 MPs voted in favour of it and 110 voted against. 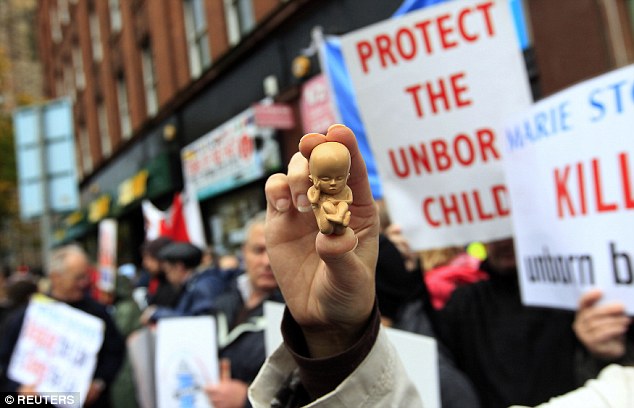 ‘Serious harassment of women and staff on their way into abortion and contraception clinics is deeply distressing and unacceptable.

‘We have called for these buffer zones for eight years and, just as we won the battle to end harassment outside vaccine clinics, it is really welcome that there is now a majority in Parliament for this too.’

The new amendment to the law creates an ‘offence of interference with access to or provision of abortion services’.

A buffer zone of 150m will be placed around abortion clinics, to protect women seeking to access the service or doctors and nurses who provide it. 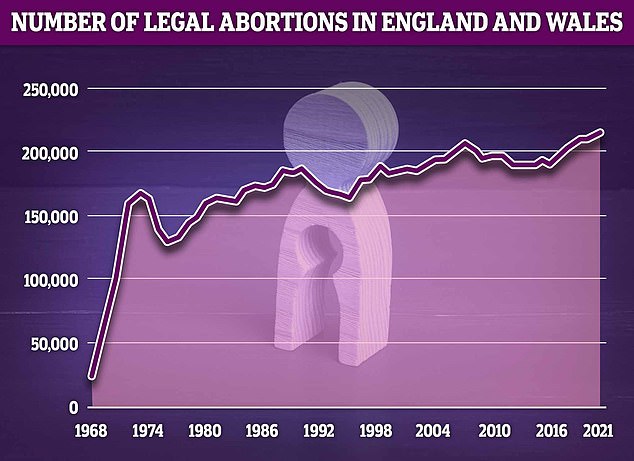 WHAT IS THE ABORTION TIME LIMIT IN THE UK?

Most abortions in England, Wales and Scotland are carried out by the end of the 24th week of pregnancy.

They can be carried out after 24 weeks in certain circumstances, for example, if the mother’s life is at risk or the child would be born with a severe disability.

Campaigners want the time-limit to be reduced due to figures revealing one-third of babies born at 23 weeks survive.

Some argue that at 23 weeks, babies can detect their mothers’ movements, as well as having a decent sense of hearing.

They can also make facial expressions and produce urine at just 14 weeks, and hiccup at 11 weeks.

Anyone found guilty of breaching the zone to intimidate, threaten or persuade women will face a fine or six months’ imprisonment, increasing to two years for repeat offences.

Home Office minister Jeremy Quin said the Government ‘totally endorse the sentiment behind the new clause’ but insisted that ‘existing legislation combined with the growing use of public space protection orders-PSPOs-can be used and are effective’.

Campaigners claimed that of 50 abortion clinics that have been targeted by protestors, only five have been protected by PSPOs obtained by councils.

Senior Tory Sir Bernard Jenkin said the buffer zone struck the right balance between protecting the rights of those who oppose abortion with the right of women to access healthcare confidentially and free from harassment.

‘It does not ban protest; it simply moves it down the road to preserve the space immediately outside the clinic for women seeking care, and for nurses and doctors providing that care.’

Labour MP Stella Creasy, who proposed the amendment, said: ‘Let’s be honest, there’s nobody praying outside the places you get a hip operation.

‘There is nobody offering rosary beads or dead foetuses outside places you might go for an ankle injury.

‘There is a time and a place to have that conversation, but it is not when you are dealing with vulnerable women.’

‘The people this amendment targets are peaceful protestors, often elderly grandmothers, frankly, who are entirely peaceful. They politely pray and hand out leaflets,’ he said.

He contrasted the treatment they will face with environmental activists who often walk free despite causing huge disruption to the public.

And fellow Conservative MP Fiona Bruce asked: ‘When did it become against the law in this country to pray?’