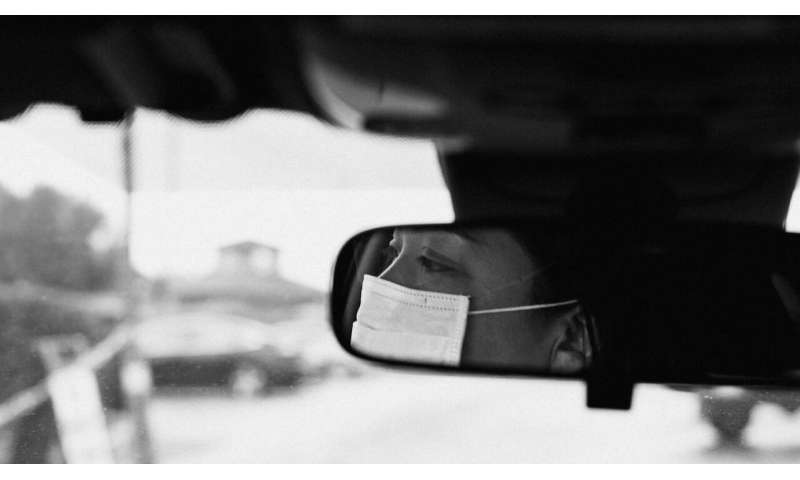 In the midst of the coronavirus outbreak, the public’s happiness is at a five-decade low despite most Americans being satisfied with their financial situation, according to a new survey from NORC at the University of Chicago.

The study highlights how Americans’ outlook and emotional health compare to nearly 50 years of trends in public opinion data from the General Social Survey (GSS), an ongoing project which NORC has conducted since 1972. The historical context reveals unique impacts of the outbreak on public sentiment: An all-time low in people saying they are very happy (14%), combined with an all-time high in people saying they are satisfied with their family’s financial situation (80%).

These contrasting findings suggest that people are comparing their happiness to their own psychological well-being before the pandemic while assessing their finances in relation to the millions of fellow Americans who have lost jobs, wages, or investments following the outbreak.

The results also illustrate how Americans are reacting differently to the coronavirus pandemic compared to previous national tragedies. For example, fewer Americans report crying or feeling dazed than after either the John F. Kennedy assassination in 1963, or the 9/11 terrorist attacks in 2001—but more report having lost their temper or feeling bored during the pandemic.

With many social distancing guidelines in place, about twice as many Americans report feeling isolated at least sometimes compared to two years ago (50% vs. 23%). Since 2018, fewer people are also now satisfied with their social relationships, and more are reporting a fair or poor ability to carry out their social activities.

Other key findings from the study include: 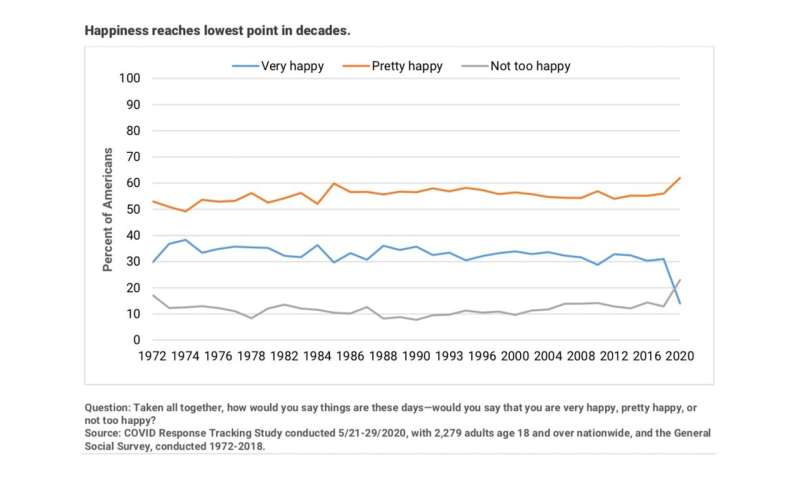 The COVID Response Tracking Study is an effort to examine the social, psychological, and economic impact of the COVID-19 pandemic on American society. This is the first wave of the longitudinal study, which will include re-interviewing respondents at various points following the outbreak of the COVID-19 pandemic. This survey was conducted by NORC at the University of Chicago and with funding from the National Science Foundation.

New 'sponge on a string' test can pick...

How to live longer: The optimal diet to...