In this Special Feature, we examine a potential link between sleep apnea, hypertension, and gut bacteria. Although a link between the three may seem unlikely on the surface, scientists are unraveling the connections. 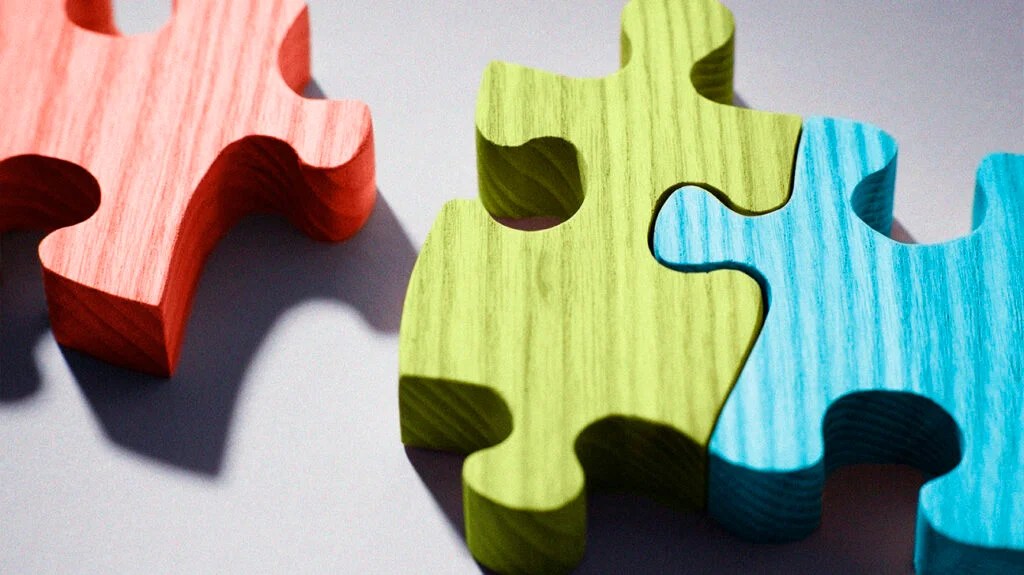 Before taking a look at the bonds between these three seemingly unconnected things, we should start with an explainer: What is sleep apnea?

Sleep apnea is a condition where an individual stops breathing for periods throughout the night. Obstructive sleep apnea (OSA), the most common form, occurs when throat muscles temporarily relax and block the airways.

Central apnea, which is relatively rare, occurs when the brain does not send appropriate signals to the muscles engaged in breathing. The issue here lies within the central nervous system, rather than a physical obstruction of the airway.

OSA affects an estimated 22% of men and 17% of women. If undetected, it can increase the risk of developing heart disease and depression. Research also suggests a link between OSA and endocrine disorders such as type 2 diabetes, neurological disorders including epilepsy, and hypertension.

Hypertension needs no introduction. It is even more prevalent than sleep apnea, affecting nearly half of adults in the United States. Worldwide, high blood pressure affects around 1.28 billion people aged 30–79.

Although treatment for hypertension is available, the drugs do not work effectively for some individuals. It is not always clear why this is the case, but OSA is common in individuals with drug-resistant hypertension.

Also, research suggests that there is a dose-response relationship between sleep-disordered breathing and hypertension. In other words, individuals with more severe breathing difficulties at night have an increased risk of developing hypertension.

Scientists are still exploring the mechanisms involved in the link between OSA and hypertension. Multiple pathways are likely, but some researchers believe that the gut microbiome might play a role.

If this article had appeared 20 years ago, we might have needed to explain the importance of gut bacteria. Today, though, with the microbiome featuring prominently in both scientific research and yogurt marketing campaigns, most people will be familiar with the concept.

In brief, we harbor up to 100 trillion microorganisms in our mouths and gastrointestinal tract.

Historically famous for helping us digest certain components of our food, scientists now suggest associations between these microbes and a wide range of health conditions, including obesity, diabetes, Parkinson’s, and dementia.

Studying the interactions between our microbial residents and our health is notoriously challenging, and many questions remain. What we do now know for certain is that we would be far worse off without them.

The link between our intestinal residents and disease will take some unpicking, but one of the key factors seems to be dysbiosis, an imbalance or reduction in microbial diversity.

In oversimplified terms, changes to the bacteria’s environment might, for instance, hinder “good” bacteria while giving “bad” bacteria an opportunity to thrive.

Now, to the matter in hand.

What have gut bacteria got to do with it?

The question remains: How could bacteria in our gut play a role in sleep apnea-related hypertension?

A review in the Journal of Clinical Sleep Medicine (JCSM) outlines one theory as to how disordered breathing during sleep might influence bacterial populations.

Sleep apnea causes intermittent hypoxia or low levels of oxygen in the blood throughout the night. This hypoxia produces periodic decreases in the partial oxygen pressure gradient inside the tubes of the gastrointestinal system.

Consequently, bacteria that can only grow in low oxygen environments — obligate anaerobes — and those that can thrive with or without oxygen — facultative anaerobes — get a boost. As with any finely balanced ecosystem, when certain populations receive a leg up, they might push others aside.

Specifically, the study notes an abundance of Firmicutes and a reduction in Bacteroidetes and Proteobacteria compared with control mice.

An increase in Firmicutes with a reduction in Bacteroidetes is considered a hallmark of dysbiosis.

Some people refer to Bacteroidetes as good bacteria because they produce short-chain fatty acids (SCFAs) — we will hear much more about the importance of SCFAs later. Conversely, some think of Firmicutes as bad because they have a negative influence on glucose and fat metabolism.

These two bacterial phyla, or types, make up around 90% of the bacteria in our gut, so changes to these groups are likely to impact the delicately balanced ecosystem within us.

In animal studies, researchers have shown that a shift in bacterial populations can cause the degradation of mucins in the gut. Mucins help keep the gut lining or epithelium healthy. If they suffer damage, the epithelium can become more permeable or “leaky” as the damage disrupts junctions between epithelial cells.

Also, good bacteria, which produce SCFAs from dietary fiber, are in shorter supply.

On top of the mucin degradation and drop in SCFAs, intermittent hypoxia itself can physically damage the epithelium.

Here, we have outlined how disordered breathing at night can cause damage to the intestinal epithelium through mucin breakdown, reduced levels of SCFAs, and physical damage through hypoxia.

But we must ask again, what has this got to do with hypertension?

From gut damage to hypertension

A damaged intestinal epithelium or “leaky gut” allows increased traffic from the gut into the blood. Compounds that the gut would normally trap and excrete from the body can now enter the blood and travel to distant organs and systems.

Another effect of dysbiosis is an increase in bacterial species that produce toxins. A healthy epithelium might block these toxins, but an overly permeable epithelium allows these compounds to slip into the blood.

Once they are in circulation, the body mounts a low-grade inflammatory response. Here, finally, we meet the intersection of OSA, gut bacteria, and hypertension.

Inflammation occurs with a wide range of conditions, including atherosclerosis, a buildup of a fatty substance on the walls of arteries.

Inflammation also appears to play a role in the development of hypertension. For instance, a study that followed 3,274 men without hypertension at baseline for 9 years concludes:

To summarize, intermittent hypoxia experienced during the night disturbs the microbiome. This bacterial disturbance makes the gut epithelium leaky and allows toxins to leach into the blood. This sparks inflammation and, therefore, increases the risk of hypertension and other cardiovascular problems.

As the authors of the JCSM review conclude:

“OSA animal models confirmed that [intermittent hypoxia during sleep] and sleep fragmentation […] are associated with worsening gut microbiota profile with the emergence of species negatively influencing the gut through damage to the epithelial cells and producing endotoxins leading to a state of ‘low-grade systemic inflammation.’”

This, they explain, “may contribute to the pathophysiologic mechanisms for many chronic inflammatory, cardiovascular, and neoplastic disorders.”

We mentioned SCFAs above. These are compounds that “good” bacteria produce as they break down fiber. They help provide energy and nutrition to the gut’s epithelium.

Some lines of evidence show that a reduction in SCFAs, for instance, as a result of gut dysbiosis, might independently increase hypertension risk. Research has shown that SCFAs lower blood pressure.

In a rodent study from the 1990s, researchers found that SCFAs relax blood vessels, which reduces blood pressure. A more recent study in mice investigated one of the more common SCFAs in the gut called propionate.

SCFAs provide another pathway from OSA to gut bacteria and, finally, hypertension.

The authors of the JCSM review also discuss other molecular interactions that might bolster the bridge between gut dysbiosis and hypertension. These include trimethylamine N-oxide, oxidized low-density lipids, nitric oxide, and tryptophan.

Space and time do not permit a full description of these relationships, but all may play a part in linking OSA, changes in gut bacteria, and hypertension.

All that occurs in the human body is complex. When looking at the interplay between two very different conditions and a legion of microbes, the story is unlikely to be straightforward.

One study in the journal Hypertension hints at such a twist in the tale.

The scientists used a rat model of OSA. Interestingly, they found that OSA had no effect on blood pressure. However, if they fed the rats a high fat diet, OSA did induce hypertension. In the high fat OSA rats, the scientists also found dysbiosis with a reduction in butyrate-producing bacteria. Butyrate is an SCFA.

As the authors conclude:

“These studies demonstrate a causal relationship between gut dysbiosis and hypertension, and suggest that manipulation of the microbiota may be a viable treatment for OSA-induced, and possibly other forms of, hypertension.”

Another fecal transplant study generated an even more surprising result. Although it did not look at hypertension, it seems like a worthy diversion to emphasize the surprises that the microbiome still has in store for us.

Next, they extracted feces from the OSA mice and transplanted the “fecal slur” into naive mice that had been sleeping normally.

When they monitored the sleep of these naive mice after the transplant, they found that their sleep patterns had changed. They now slept for longer and were more likely to sleep during the dark cycle, a time when they would normally be active.

In comparison, other naive mice that had received a fecal transplant from control mice did not change their sleeping patterns.

The authors conclude “that sleep disturbances can be mediated, at least in part, by [intermittent hypoxia]-induced alterations in [gut microbes].”

In other words, sleep disturbance disturbs gut bacteria, and these disturbed populations of gut bacteria can disturb sleep patterns.

Medical News Today spoke with Dr. David Gozal, MBA, Ph.D., one of the authors of the JCSM review. Dr. Gozal is pediatrician-in-chief at the University of Missouri Women’s and Children’s Hospital in Columbia.

When MNT asked why he decided to investigate the links between gut bacteria, OSA, and hypertension, Dr. Gozal said:

“We initially identified major changes in gut microbiome of mice exposed to either intermittent hypoxia or sleep fragmentation […]. Among the taxa and species that were dysregulated, there were several that have been involved in the pathophysiology of hypertension.”

“Since OSA induces hypertension, linking the gut microbiome as a mediator was kind of a logical step.”

Much of the research to date is in rodent models, but according to Dr. Gozal, evidence is mounting in humans. He explained to MNT:

“There is now evidence that the gut microbiome is altered in humans. We believe that administration of probiotics to children with OSA will result in accelerated recovery from OSA-associated morbidities after [an operation to remove the adenoids and tonsils].”

Although this line of investigation is ongoing, Dr. Gozal expects that in the future, doctors may prescribe probiotics or prebiotics alongside other treatments to reduce OSA-related hypertension.

As with any complex biological tale, scientists will need to conduct more studies to fine-tune our understanding of this relationship. While we wait, it is difficult not to be excited by the concept of a probiotic yogurt that might help manage treatment-resistant hypertension.