Government ‘does not know’ whether £500million Covid traffic light system for foreign travel halted the spread of virus, MPs warn

Nearly half a billion pounds was spent implementing the coronavirus traffic light system for international travel but the Government ‘does not know’ whether it worked, according to MPs.

The system, introduced in May 2021, set the rules for UK arrivals from countries, depending on whether they were listed as red, amber or green. It aimed to slow the spread of the virus and reduce the risk of new variants.

Under the strictest requirements, arrivals from red-listed countries had to stay in a quarantine hotel for at least 10 days at a cost of up to £2,200 per person.

But in a damning report today, the Public Accounts Committee (PAC) claimed the Government does not know the health impact of its policies.

Taxpayers picked up bill of £486million for the scheme, which less than half of Britons knew about and a third failed to comply with, MPs said.

They hit out at the Government for chancing the rules ‘at least 10 times’ between February 2021 and January 2022 and giving the industry ‘little time to adapt’.

Airlines and holiday companies blamed ministers for the limited recovery of foreign travel due to the rules, with many European countries imposing fewer restrictions.

The Government has failed to learn lessons fast enough to deal with future crises, such as new Covid variants or the monkeypox emergency, the report warns. 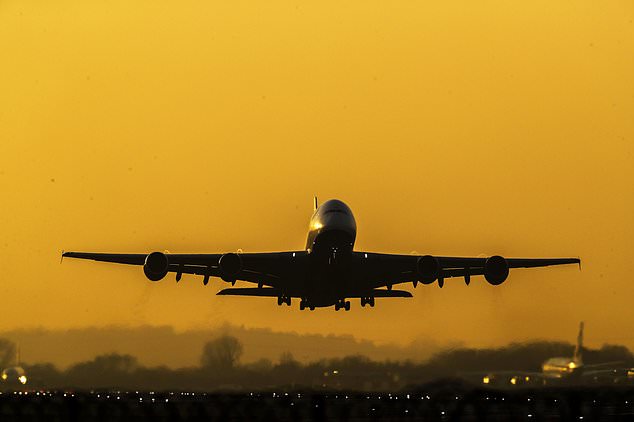 The system, introduced in May 2021, set the rules for UK arrivals from countries, depending on whether they were listed as red, amber or green.

Under the strictest requirements, arrivals from red-listed countries had to stay in a quarantine hotel for at least 10 days at a cost of up to £2,200 per person.

Not required to self isolate in the UK

Provide proof of a negative test before travel

Take a Covid test on day two in the UK

Quarantine at home for 10 days

Provide proof of a negative test before travel

Negative test on day five can release early from quarantine

Book and pay for quarantine hotel package before arriving in UK

Quarantine in a hotel for 10 days

The traffic light system was billed as a way to open up foreign travel while reducing the risk of a new variant entering the UK.

But ministers failed to communicate changes to the rules to the public, with only four in 10 people knowing the self-isolation rules, the report states.

And nine per cent of arrivals between May and December 2021 (2.5million people) were exempt from the traffic light rules.

The exemption applied to specific workers, such as air crew and international sportspeople, as well as those attending certain events or travelling for medical reasons.

But the Government ‘does not know’ how exemptions affected infection rates.

And the approach, which saw London Fashion Week and Euro 2020 exempt, undermined ‘people’s willingness to comply with the rules’.

Only two per cent of guests in hotel quarantine went on to test positive.

The report stated: ‘Managing cross-border travel was an essential part of health measures introduced by Government during the pandemic.

‘Despite spending at least £486million on implementing its traffic light system to manage travel during the pandemic, Government did not track its spending on managing cross-border travel or set clear objectives, so does not know whether the system worked or whether the cost was worth the disruption caused.’

Labour MP Dame Meg Hillier, who chairs the PAC, said: ‘The approach to border controls and quarantine caused huge confusion and disruption with 10 changes in a year.

‘And now we can see that it is not clear what this achieved.

‘We can be clear on one thing – the cost to the taxpayer in subsidising expensive quarantine hotels, and more millions of taxpayers’ money blown on measures with no apparent plan or reasoning and precious few checks or proof that it was working to protect public health.

‘We don’t have time and it is not enough for Government to feed these failures into its delayed public inquiry.

And despite spending £100million on contracts for home visits to those who were supposed to be , around one-third of arrivals didn’t comply, the report states.

‘It is not learning lessons fast enough from the pandemic and is missing opportunities to react quickly to future emergencies or even current events like new variants of Covid or the spread of monkeypox.’

MPs also hit out at the Department of Health’s ‘failure to properly set up the market for travel tests’, putting the public ‘at risk of fraud and poor quality of service’.

And despite spending £100million on contracts for home visits to those who were supposed to be isolating, around one-third of arrivals didn’t comply, the report states.

Paul Charles, chief executive of travel consultancy The PC Agency, said: ‘Government departments should be ashamed of the suck-it-and-see approach they took regarding travel measures during Covid.

‘The constantly changing policies not only caused enormous damage to the travel sector in terms of financial harm, but also hurt UK plc’s image around the world.

‘Urgent steps need to be taken to ensure the country’s borders are kept open should another variant emerge, and that Government has a more positive policy in place to enable airlines, airports and other travel businesses to keep functioning so as to protect jobs and livelihoods.’