Members of the gorilla troop at the San Diego Zoo Safari Park have tested positive for the SARS-CoV-2, or COVID-19, the zoo confirmed Monday, adding that it is believed the animals contracted the virus from an asymptotic staff member. It is said to be the first known instance of such transmission.

Two gorillas had been observed coughing on Jan. 6, prompting California Animal Health and Food Safety Laboratory System researchers to perform testing on fecal samples, according to a news release posted Monday. Preliminary results showed the presence of the virus, which was then confirmed by the U.S. Department of Agriculture National Veterinary Services Laboratories.

The gorillas are “doing well” and quarantining with the rest of the gorilla troop, the news release said. 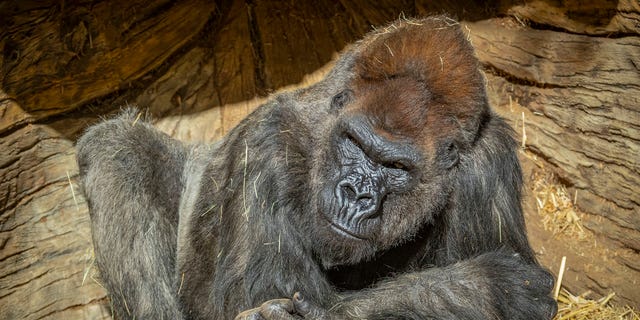 The gorillas are said to be doing well aside from "some congestion and coughing."
(Christina Simmons San Diego Zoo Safari Park)

“Aside from some congestion and coughing, the gorillas are doing well.” Lisa Peterson, executive director of San Diego Zoo Safari Park, said in the news release. “The troop remains quarantined together and are eating and drinking. We are hopeful for a full recovery.”

It is not known if the gorillas will suffer severe illness from the virus.

The safari park has been closed to the public since Dec. 6 as a result of pandemic lockdown measures. San Diego County has seen 191,888 cases of coronavirus, according to public health data, including an additional 3,288 illnesses that were reported on Saturday.