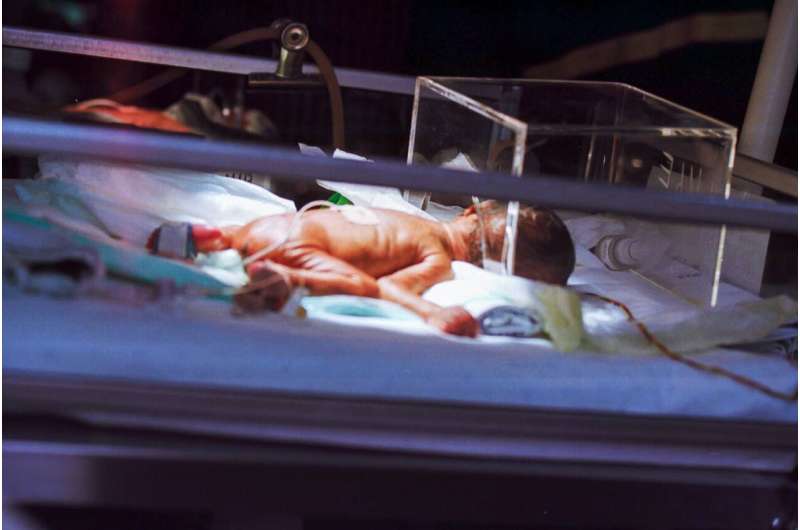 Genetic testing results in lower length of stay in the neonatal intensive care unit (NICU) for infants with epilepsy, according to a study published in the journal Pediatric Neurology. The reduction in hospital stay time in babies with epilepsy who spent time in the NICU was not explained by changes in the severity of illness, birth weight or population changes in the NICU over time. These findings confirm the importance of early genetic testing for epilepsy, which allows more precise treatment and better seizure control during a critical time in brain development.

“Genetic testing allows us to identify the exact gene that causes an infant’s epilepsy so that we can start the most effective treatment as early as possible,” said senior author Andrea Pardo, MD, Medical Director of Ruth D. & Ken M. Davee Pediatric Neurocritical Care Program at Ann & Robert H. Lurie Children’s Hospital of Chicago and Associate Professor of Pediatrics at Northwestern University Feinberg School of Medicine. “The decreased length of stay in the NICU for these infants is an indicator of improved outcomes with precision medicine.”

Approximately 15% of babies with seizures in the NICU have epilepsy, much of which is caused by single gene diseases. Most NICUs now use epilepsy gene panels, which test for nearly 190 genes known to cause epilepsy. The most common forms of neonatal epilepsy are called ion channelopathies, caused by abnormalities in SCN2A and KCNQ2 genes. Matching treatment to the causal gene is known as precision medicine.

In the study, Dr. Pardo and colleagues evaluated changes in genetic testing for neonatal onset epilepsy and associated short-term outcomes over an 8-year period among a cohort of NICU patients at Lurie Children’s before and after the introduction of sponsored genetic epilepsy testing in January 2018. They included 53 infants who received genetic testing, 20 of which were tested after 2018. As reference, 4,160 infants in the NICU without genetic testing were included.

Researchers found that in the genetic testing group, the length of stay decreased from 25 days pre-2018 to 19 days post-2018. Turnaround time to molecular diagnosis dropped from 51 days to 17 days after 2018. However, this was not the reason for the decreased length of stay for babies with epilepsy.