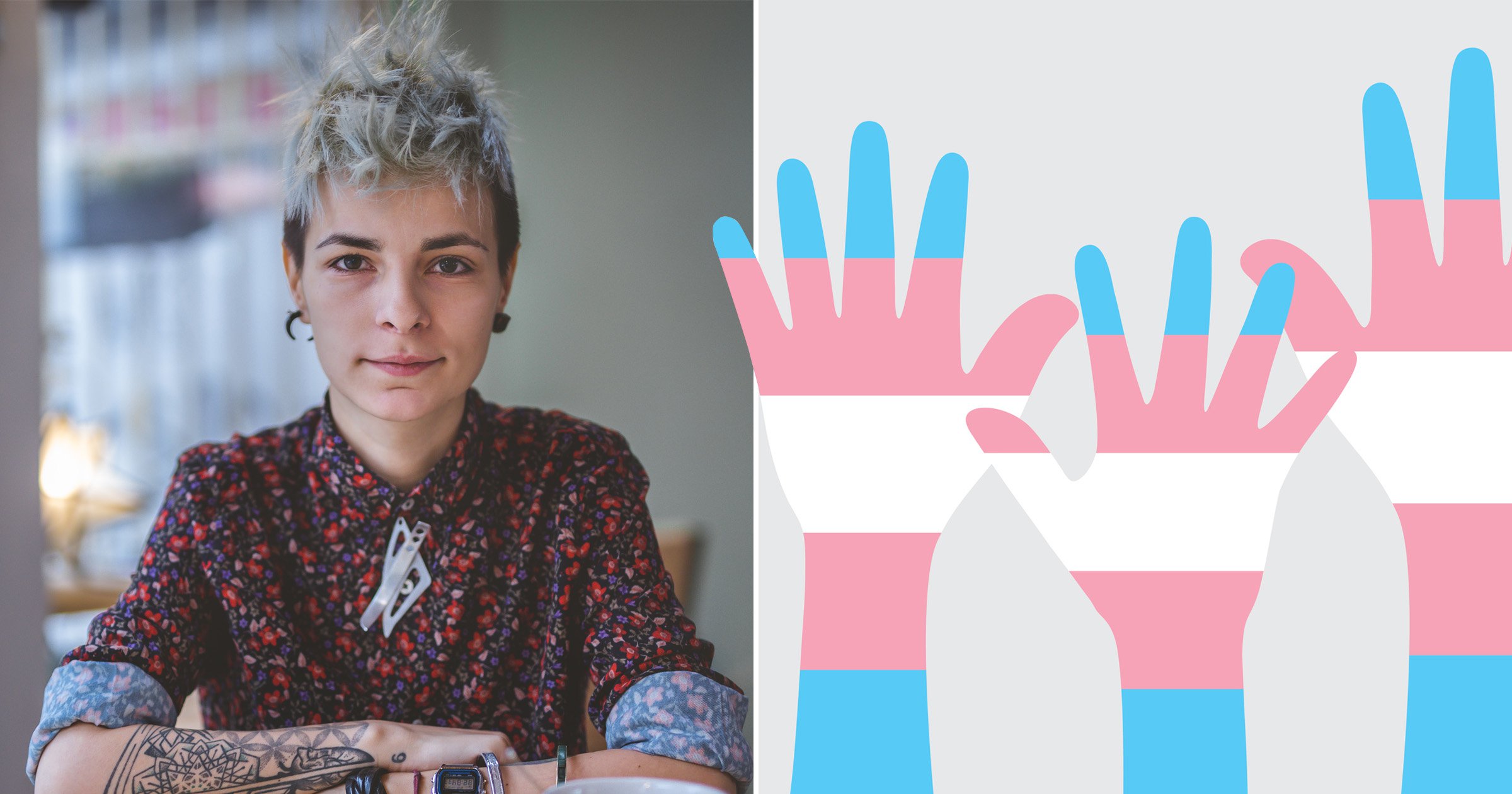 The study, published in the Journal of Adolescent Health, is one of the largest to look at how access to GAHT can impact the mental health of young trans people.

Previous studies have shown that trans and gender nonconforming people are more likely than cisgender people to experience mental health issues such as depression.

This is often caused by gender dysphoria, which is described by the NHS as ‘a sense of unease that a person may have because of a mismatch between their biological sex and their gender identity.’

Gender dysphoria can be treated with psychological support and GAHT, though young people under the age of 17 have to meet strict criteria in order to access it waiting lists are excruciatingly long, reaching up to five years at some of the limited Gender Dysphoria Clinics (GDC) in England.

Using data from a 2020 Trevor Project survey that included 11,914 transgender or nonbinary adolescents aged 13 to 24, the study found that 50% of trans adolescents said they were not using GAHT even though they wanted to.

A further 14% were already using GAHT and 36% were not interested in using hormone replacement therapy.

While not all trans people need or want GAHT, the study found that those receiving GAHT were less likely to be depressed or seriously considering suicide compared with those who wanted to receive GAHT but had not.

It also found that, for youth under 18, access to GAHT was associated with lower odds of recent depression and of a past-year suicide attempt.

Not only are the findings stark, but they also speak to the real experiences of trans people waiting to receive GAHT.

Faye Dickinson, 28, was able to access GAHT when she was 16 years old.

Before then she struggled with anxiety and low self-esteem: ‘I always had the feeling that I wasn’t good enough,’ she tells Metro.co.uk.

‘It was really difficult to get GAHT in the first place. For me, it was over a one-and-a-half-year process.

‘The long waiting list was the worst part. The more it’s dragged out, the more you’re made to feel marginalised, like you’re not important.’

Faye now feels the ‘best she’s ever felt,’ and those feelings of low self-esteem, anxiety and hostility have been massively reduced.

‘It is the most stressful process ever,’ she adds. ‘But it’s worth it!’

The study also speaks to the experiences of older trans people.

Before she was able to access GAHT, 49-year-old Carrie from Glasgow was diagnosed with severe depression and put on SSRIs.

She tells us: ‘I’d always felt disconnected from the world, like my body was something that somebody else was driving around.’

While the SSRIs helped with her depression, she says, medication didn’t help with the dysphoria.

Not knowing how long she’d be waiting to access GAHT, she decided to self-medicate with over-the-counter HRT medication from a reputable clinic.

‘It felt like coming out of fog, and I came off the antidepressants shortly afterwards.’

After self-medicating for a few months, Carrie chose to go private to get a referral for the NHS.

‘It took another seven months after my first gender clinic appointment to get an NHS prescription,’ she adds.

‘I think the system is really broken.

‘If a cisgender woman needs HRT, she goes to her GP and gets a prescription but if trans women do it, we have to get referred to a gender clinic and wait 3-5 years.

‘It’s essentially creating a two-tier system: only those who can afford to go private can get the help they truly need.’

To chat about mental health in an open, non-judgmental space, join our Mentally Yours Facebook group.