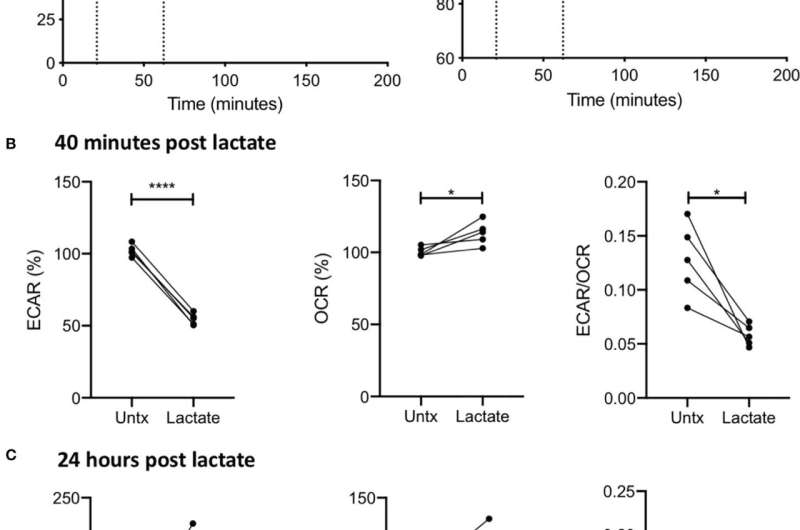 Tuberculosis (TB) is still one of the biggest infectious killers in the world. Multiple drug resistant (MDR) TB has become a global health emergency, an emerging European crisis, and an important Irish public health concern. Many challenges remain in the global fight against this disease including a clinical need for effective treatments against MDR-TB.

Now a research team based in the Trinity Translational Medical Institute (TTMI) at St James’s Hospital are offering fresh hope for improving treatments for what remains a deadly disease, by focusing on identifying potential host-directed therapies that can target a patient’s own immune response to help them recover from TB.

The research team has previously discovered that human immune cells change the way they use energy when they become infected. This change results in the generation of lactate, which was once considered a waste product of metabolism. New work by the team has shown that lactate can influence cells in the lung environment, to support immune defenses against infection and at the same time limit collateral damage to the delicate lung caused by excessive inflammation. Their study is published in leading journal, Frontiers in Immunology.

The research team is based in Professor Joseph Keane’s TB Immunology lab at TTMI.

Dr. Cilian Ó Maoldomhnaigh undertook this research as part of a Ph.D. project funded by the National Children’s Research Centre and the Royal City of Dublin Hospital Trust. He said, “Lactate has an immediate and striking effect on the metabolic function of human immune cells and reduces their ability to change their metabolism in response to subsequent infection. This has the knock-on effect of reducing inflammation, which can cause damage in the lung. We’ve also found that lactate can promote a cell’s waste removal processes, allowing it to effectively dispose of the infection.”

This waste removal process, called “autophagy,” also plays a role in a wide range of other disease states such as Crohn’s disease, cancer and heart disease, this indicates that lactate may hold therapeutic potential in many disease settings.