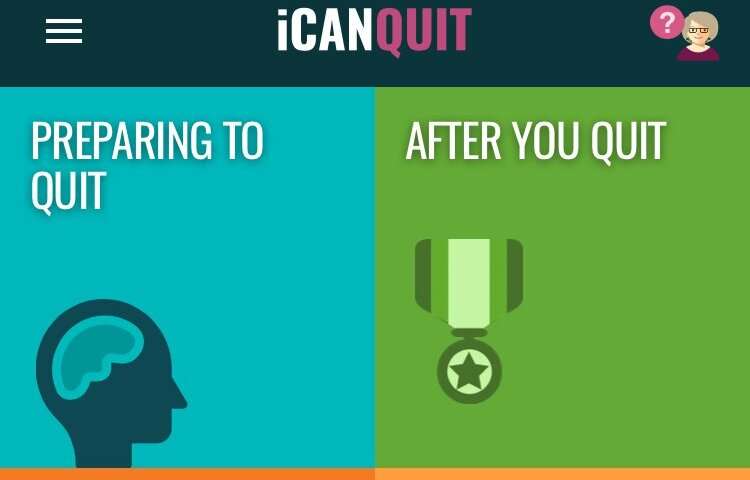 In a large clinical trial published in JAMA Internal Medicine, a team led by Dr. Jonathan Bricker, a professor in Fred Hutch’s Public Health Sciences Division, tested the efficacy of the new smartphone app iCanQuit against the National Cancer Institute’s QuitGuide. iCanQuit is based on acceptance and commitment therapy, or ACT, and QuitGuide is based on U.S. clinical practice guidelines.

While apps to quit smoking have been downloaded over 33 million times, there has been little proof they actually work. Using a rigorous double-blind, randomized clinical trial involving over 2,400 adult smokers throughout the U.S., the researchers found the iCanQuit app to be nearly 1 1/2 times more effective than QuitGuide in helping smokers quit after 12 months. Based on their findings, Bricker’s team suggests that for every 100,000 smokers reached with iCanQuit, 28,000 would quit smoking.

According to the World Health Organization, “smokers are at higher risk of developing severe COVID-19 outcomes and death.” Smoking and tobacco use is the leading cause of preventable death, killing over 8 million people per year. About 80% of lung cancer deaths result from smoking, and the American Cancer Society expects over 135,000 lung cancer deaths in the U.S. this year.