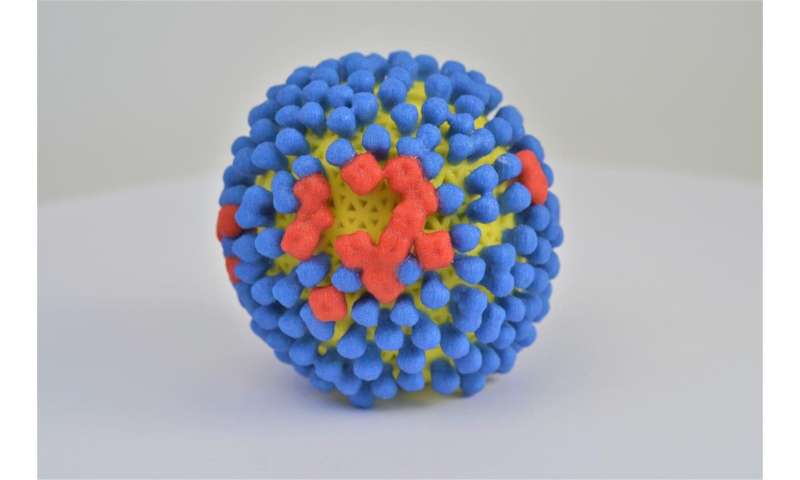 People who are being treated for HIV can gain effective protection against seasonal flu with the influenza (flu) vaccine, new findings confirm.

Since people living with HIV can have an impaired immune system and may be at higher risk of serious illness from flu, they are recommended to get the seasonal influenza vaccine every year.

However, prior to the new study it was unclear how well the vaccine protected people with HIV taking antiretroviral therapy (ART) – the gold standard treatment which reduces the virus to undetectable levels.

Dr. Katrina Pollock, from the Department of Infectious Disease at Imperial, led a team which found that the flu vaccine triggered effective immune responses in people living with HIV who were taking ART and in whom HIV was fully suppressed.

Their findings are published in the journal Scientific Reports.

“The current recommendation is for people at risk of serious illness from flu, including people living with HIV, to receive a vaccine containing four influenza strains to protect them from seasonal flu,” said Dr. Pollock.

“Our study shows equivalent flu vaccine responses in people living with HIV and in healthcare workers, and indicates that restoration of vaccine-induced immunity is possible. This supports universal access to antiretroviral therapy for people who test positive for HIV and provides evidence underpinning the guidance for seasonal flu vaccination in people living with HIV.”

In the UK, the British HIV Association recommends that people living with HIV should be offered a vaccine containing four different types of flu virus—a quadrivalent vaccine of two A-strains and two B-strains.

The study, known briefly as the FluAGE study compared responses to this four-strain vaccine amongst men with HIV taking ART with those of healthcare workers during the winter of 2017-18.

The team studied the immune responses that help protect from flu and pinpointed exactly the types of cells that were responding.

They found that the response was very similar in the people with fully suppressed HIV on ART and the control subjects. Using a method developed at Public Health England with Dr. Katja Hoschler, gum-line samples, which were collected by participants themselves, were used to show that flu vaccine responses could be measured from the mouth as a potential alternative to blood testing.