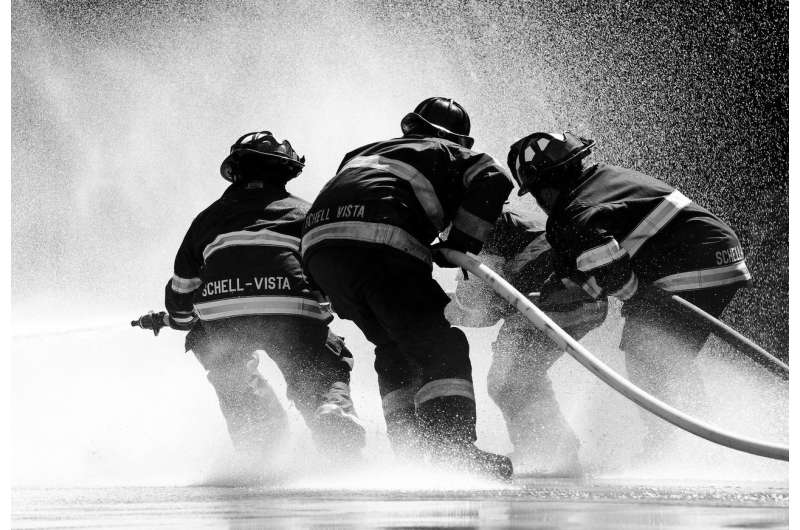 Firefighters at the center of the battle against the massive Fort McMurray wildfire in 2016 have persistent lung damage, according to new findings published by a University of Alberta occupational health research team.

“Those who were dealing with burning organic matter were exposed to a barrage of small particles in the smoke, and the ones with the highest exposure have long-term consequences,” said principal investigator Nicola Cherry, an occupational epidemiologist, professor of medicine and Tripartite Chair of Occupational Health in the Faculty of Medicine & Dentistry.

The firefighters had more than double the risk of developing asthma compared with the general population. They also exhibited a number of changes in lung function tests supportive of an effect on the lungs, including greater lung hyperreactivity and increased thickening of the bronchial wall.

“The impact was correlated to exposure—those who had more exposure had more effects,” said Cherry.

For three years after the fire, Cherry’s team followed 1,234 Alberta firefighters.The firefighters’ exposure to fire-related particles was estimated based on the hours they worked on the blaze, the dates they were there, the firefighting tasks they were performing, and Alberta Environment estimates of particulate matter at different locations.

The Fort McMurray fire broke out in May 2016 and was under control by the fall, but it was not officially declared out until the following year. The highest exposure to particulate matter happened during the first week, Cherry said. Firefighters were deployed from across Alberta from crews that specialize in structural fires (i.e., buildings), oil and gas industry fires and wildland fires.

Many did not have sufficient supplies of specialized lung protection equipment or were not able to wear it while fighting the Fort McMurray fire, Cherry said.

“It was an extraordinarily violent fire,” she said. “It’s very difficult to rush uphill pulling equipment behind you if you have a heavy mask on that doesn’t let you breathe.” 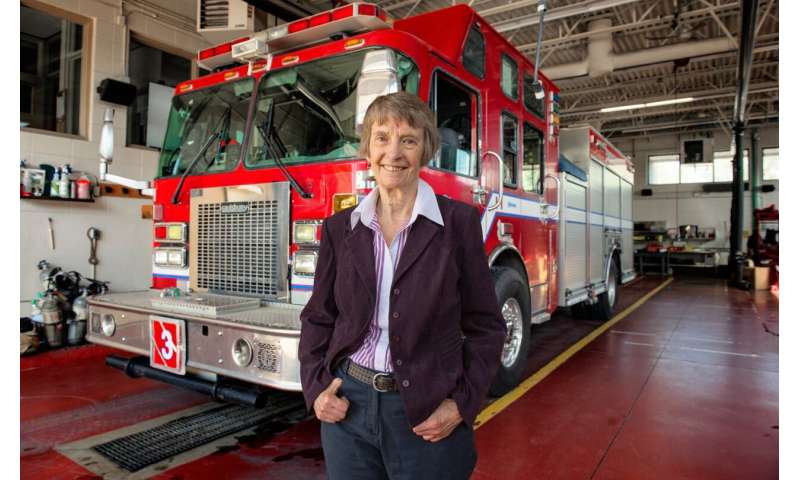 Cherry modeled her study, which was funded by the Canadian Institutes for Health Research and the Government of Alberta, on studies that examined the respiratory health of first responders following the World Trade Center collapse in New York City in September 2001.

“It’s not easy to do this kind of study during a catastrophe,” said Cherry, who had serendipitously taken delivery of a mobile lung assessment lab the week before the Fort McMurray fire broke out.

“At the World Trade Center, the exposure was mainly to inorganic dust, whereas in Fort McMurray it was burning vegetation, as well as buildings,” Cherry said. “It’s interesting that we saw similar results from very different exposure.”

Cherry’s research team looked at three main sources of evidence about the lung health of the firefighters before and after the fire. First, they asked for permission to link to their administrative health record, which showed doctor’s visits and diagnoses. The records for each firefighter were matched with five patients from the general population of similar age, sex, geographic location and health status as a control group for comparison.

The team also measured the firefighters’ lung function, which shows how much air goes in and out of the lungs. Finally, some of the firefighters with no history of chronic respiratory disease or smoking were randomly selected for clinical followup, including CT scans of their lungs and methacholine challenge testing, used to check for asthma.

This is one of several papers Cherry has published on the mental and physical health of the Fort McMurray firefighters.

“They take enormous risks,” she said. “This study shows clearly that it is possible for exposures to cause changes in the lung that don’t get better over time.”

Cherry said she will continue to study the occupational health of firefighters—including crews currently fighting wildfires in the interior of British Columbia and Alberta—in hopes of recommending ways to make the work safer. She is studying whether wearing a mask or washing skin more often could reduce exposure to chemicals from smoke. Putting more crews through shorter rotations at fire scenes might also help to lessen health impacts, she said.