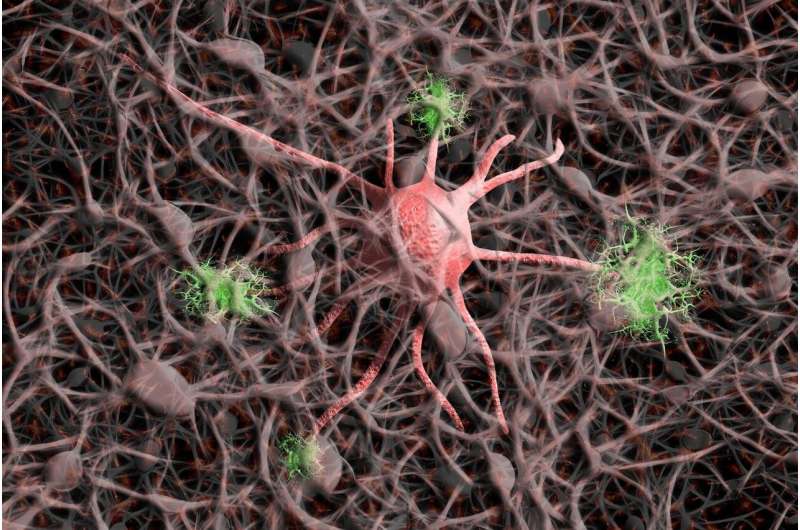 Currently available therapies to treat multiple sclerosis (MS) lack precision and can lead to serious side effects. Researchers at Karolinska Institutet in Sweden have now developed a method for identifying the immune cells involved in autoimmune diseases, and have identified four new target molecules of potential significance for future personalized treatment of MS. The results, which are published in Science Advances, have been obtained in collaboration with KTH Royal Institute of Technology and Region Stockholm.

Multiple sclerosis (MS) is a chronic inflammatory disease of the central nervous system that usually develops between the ages of 20 and 40. The disease is driven by immune cells that mistakenly attack the tissue surrounding neurons in the brain and spinal cord. MS causes neurological symptoms such as sensory disorders, difficulties with walking and balance and impaired vision. There is currently no cure, only treatments that reduce relapse rates and alleviate symptoms.

“Existing MS treatments are quite indiscriminate in their effect on the immune system, which risks eventually causing complications, such as infections,” says Mattias Bronge, Ph.D. student in Hans Grönlund’s research group at the Department of Clinical Neuroscience, Karolinska Institutet. “Guiding future treatments more accurately towards the immune cells driving the disease can therefore lead to greater efficacy and fewer side effects.”

Working alongside Professor Tomas Olsson’s research group at Karolinska Institutet, Grönlund and his team have developed a method that makes it possible to identify the T cells that react to certain target molecules—so called autoantigens. The present study describes four new autoantigens that can be added to the handful of ones previously identified in MS and will make a significant contribution to future developments in diagnosis and treatment.

“Our method makes it possible to present these autoantigens in a way that enables us to identify and subsequently disable the T cells that react to them,” says Hans Grönlund, Docent of immunology.

Given that people with MS can react to different autoantigens, it is important to identify each patient’s disease-driving immune cells. This way of creating personalized treatment is called precision medicine.

“Once a patient’s individual autoantigen profile is identified, a treatment can be adapted accordingly,” explains Dr. Grönlund. “Most autoimmune diseases are driven by T cells and, if we can find a way to target them in diseases like MS, we can pave the way for more precise treatments with fewer side effects for other autoimmune diseases. Thanks to our long-standing collaboration with Professor Roland Martin at the University of Zürich, our method will be included in a phase 2 clinical study that aims to ‘switch off’ the aggressive T cells which drive MS development and progression.”