Many of us are inclined to hold grudges against those who have wronged us, and view forgiveness as a sign of weakness. But the truth is, forgiving requires a great deal of strength. And, as Dr Robert Enright, an American psychologist who pioneered the study of forgiveness three decades ago, suggests, the benefits are greater for the forgiver than the wrong-doer. This may seem unlikely, but he explains why.

"When you practise forgiveness, you experience relief from resentment, the silent killer that could otherwise fester internally as anger, extreme stress or unhealthy thoughts, and slowly wreak havoc over your entire life," he says. 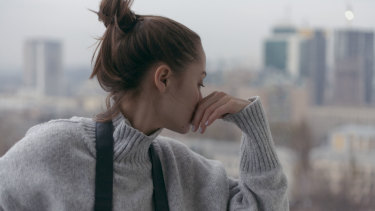 Forgiveness is linked to empathy.Credit:Stocksy

"In other words, it's the forgiver who is set free from the poison of bitterness when doing the hard work of forgiving, and that hard work isn't nearly as difficult as living with unhealthy resentment that can crush you."

One other important reason to embrace forgiveness is its link to empathy. When you begin to understand another person's feelings, fears, weaknesses and vulnerabilities, you become aware of the driving forces behind their actions.

"This has the power to change your heart from annoyance and even hatred to the softer emotions of empathy and compassion," Enright adds. "Put simply, as you begin to stand up to the pain of injustice by responding with kindness, generosity and even love, this not only shows you that you're stronger than you originally thought, it also softens your heart, slowly chipping away at the resentment."

But is forgiving someone akin to condoning poor behaviour? Tammy Biton, a wellness coach, says it's not. "It's about releasing the burden of the grudges you're carrying around."

Biton suggests asking, "How else can I interpret the situation?" Or, "What else can I get out of it?"

"In this way you create a different connection with the wrongdoing, which allows you to come to a level of inner peace with what's happened," she says. "This is very empowering in terms of not getting stuck in a victim mentality."

Enright says forgiving is a skill you can choose to learn. "I'm a firm believer in not pressuring people to forgive," he says. "They need to choose it themselves. But if people choose to forgive, then there's only one thing they can do, and that's practise again and again and again.

"It can take months to find freedom from the resentment if the injustice is severe. Yet this kind of practice can help you find meaning in the suffering and a new purpose in life."

Take an inventory of your pain. Feel how much anger you're holding onto internally, or recall past hurts that you have not forgiven.

Understand forgiveness. Make sure you understand accurately what forgiveness is and what it's not.

Commit to not harm. Make a pledge to yourself to do no harm to the person who hurt you. This can mean not talking negatively about them to others, whether they are alive or not.

See the inherent worth of the other person. Ask yourself questions like, "Is this person emotionally wounded in some way? Is that why they have wounded me now?"

Observe your feelings. You may begin to become aware of small changes in your feelings, such as empathy and compassion towards the other person.

Bear the pain. Once you feel you're becoming emotionally stronger, stand up to the pain and don't throw it onto the offending person or onto innocent family members. This is when the healing for you, as the forgiver, begins.

Exercise forgiveness. Give a gift of some kind to the offending person. This might be a smile or a kind word. If the person is deceased, it may take the form of donating some money to a charity in the person's name.

This article appears in Sunday Life magazine within the Sun-Herald and the Sunday Age on sale June 23.