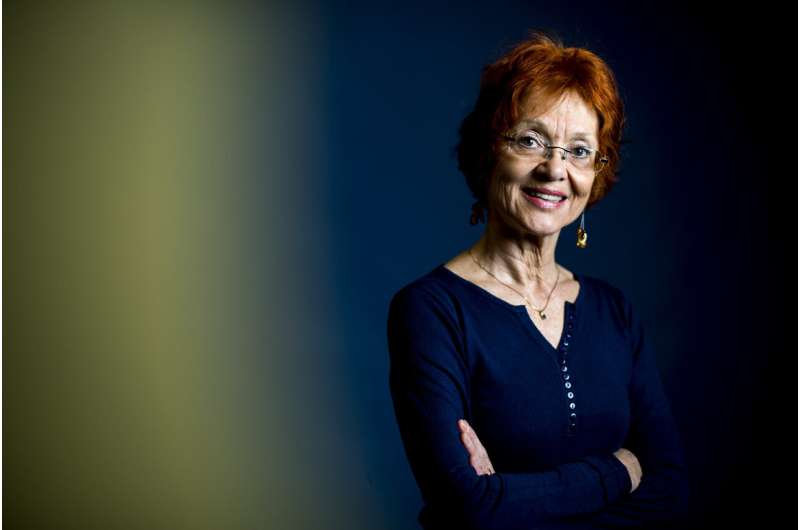 In elite figure skating, it’s all about the quads—for now, at least.

The highly difficult quadruple jumps, which require ice skaters to launch into the air, complete four full rotations in one second or less, then land gracefully on one foot, have become the new standard of excellence at the highest levels of the sport. At the Beijing Olympics, the gold and silver medalists in the women’s free skate threw seven quad jumps, combined. Nathan Chen, the gold medalist in the men’s free-skate competition, pulled off five different quads during his routine.

“Now you pretty much need a quad to medal at the Olympics,” Mirai Nagasu told the New York Times. “To me that sounds crazy, but it’s true.” In 2018, Nagasu became the first American woman and third overall to land a triple axel at the Olympics. The axel, first performed by Norwegian figure skater Axel Paulson in 1882, differs from the quad in that it begins with the skater facing forward. The quad usually begins with the skater moving backward.

What makes the quad jump so desirable—and so difficult? It comes down to the physics of the human body, says Dagmar Sternad, university distinguished professor of biology and director of Northeastern’s Action Lab.

A human being can jump only about two feet straight into the air, with athletes doubling that height as they channel all their muscular effort into the vertical direction, explain Sternad and Aleksei Krotov, a doctoral candidate in bioengineering who works in the Action Lab. With such effort, they would still only spend less than a second in the air.

To perform a quad jump, skaters need to achieve that height and create torque sufficient to rotate four times, by pushing off one of the edges of their ice skates or using the toe-picks at the front of the skates.

“Athletes will stick the toe-pick into the ice at the moment they’ve already begun moving into the jump,” Krotov says. “It is that instant at which the rotation can begin.”

As soon as skaters lift off the ground, they’ll compress and collapse their whole bodies by pulling their outstretched arms tightly across their chest and intertwining their legs, reducing their inertia as much as possible to speed up the rotation.

What is notable, Sternad says, is that the technology for elite figure-skating equipment has not changed all that much over the years, relative to other elite sports. The blades on ice skates have evolved so that they’re grooved down the middle, creating two highly-sharp edges on either side. The costumes have certainly changed, too. But, compared to a sport such as gymnastics—where everything from the uneven bars to the floor has advanced to be springier—skaters still must contend with the hard, unforgiving ice.

And yet, skaters are able to pull off greater and greater stunts. So, what has changed?

“The human physique has been tuned more and more,” Sternad says. “There’s more athleticism and people take much greater care with their training routines and diets. The overall bodily physique, fitness, and health are optimized to the maximum of what we can do these days. There’s more whole-body preparation.”

Stamina, flexibility, balance, and power are all important qualities for elite ice skaters seeking to achieve more height and rotation in their programs. But equally important is their ability to stabilize their joints in order to prevent the slightest tilt of their bodies—something that would result in a fall—and to strengthen their muscles, tendons, and ligaments to absorb the stress of repeated landings.

“I can’t even imagine how strong their calves must be, and how they’re able to stabilize their ankles in order to make the jumps, but even more, to safely land those jumps,” Krotov says.

And as athletes continue pushing boundaries in the sport, it may well be their connective tissue—their ligaments and tendons—that sets the limit of what’s possible. When skaters land from a jump, it’s with a force equivalent to five to 10 times the skater’s body weight, Krotov says.

“That means, for an average athlete, you’re landing with about a half-ton of force—and with an average sedan-engine’s peak torque—on the very thin blade of an ice skate,” he says. All that force and torque must be absorbed in the skater’s ankles, knees, hips, and lower back. “Those are the main vulnerabilities. You jump higher, you’re more vulnerable.”

It’s possible that the 2026 Winter Olympics may feature a five-rotation, quintuple jump, Sternad and Krotov say. But beyond that, and without a game-changing technological advancement, athletes face diminishing returns when it comes to bulking up in order to jump higher.