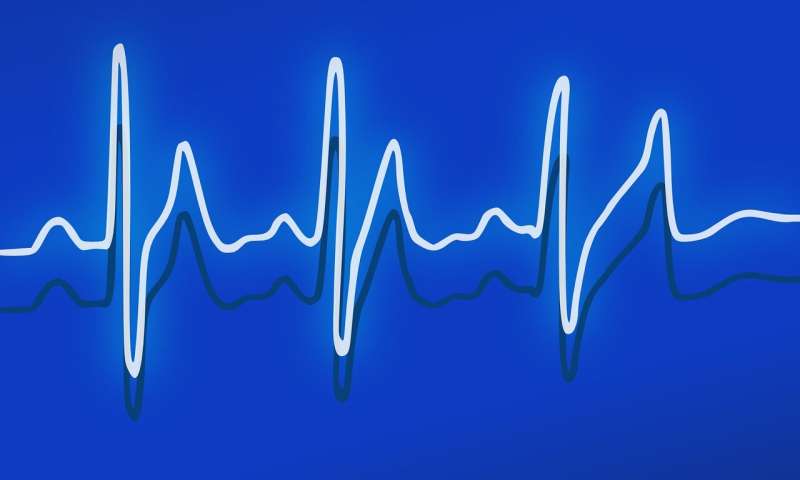 Dilated cardiomyopathy (DCM) is a leading cause of heart failure, affecting 1 in 250 people. The disease is characterized by an increase in size of the left ventricle of the heart. The stretched heart muscle is then unable to pump blood as effectively, which can lead to irregular heartbeat, heart valve problems, and ultimately heart failure. As the leading cause of heart failure, DCM is the most common reason for carrying out a heart transplant, which is only offered in end-stage heart failure when all other treatment options and lifestyle changes have failed. Despite years of work to improve patient survival after transplantation, the 10-year survival rate is still only 50%.

“Currently DCM is treated with medicines used for heart failure in general, their function being to lower strain on the heart. Patient health would be significantly improved with targeted treatment options prior to the need for a heart transplant,” explains Lars Steinmetz, from the European Molecular Biology Laboratory in Heidelberg and Stanford University. “We need therapeutic strategies that target the cause of the disease in a personalized medicine approach.” The new study by the Steinmetz group, in cooperation with Mark Mercola’s lab at Stanford University, provides fresh insight into this deadly disease, hinting at potential new treatment possibilities.

The researchers had the unique opportunity to study a single family with inherited DCM to understand the cause of their disease. Because it’s an inherited disease, studying the genome, or complete set of DNA and genes, can provide important information on the mutation causing the disease. By studying a family, the researchers were able to look for differences in the regions of the genome that carry instructions for making proteins, in family members who had died with a diagnosis of DCM, had been diagnosed with DCM, or were unaffected by DCM. This comparison allowed them to find a single mutation (P633L) in a gene coding for a protein called RBM20, which was disease causing. Although the mutation was previously unknown, changes in RBM20 are known to cause a severe form of inherited DCM that is often associated with early onset of end-stage heart failure.

“When we started the project, we wanted to identify the mutation causing the disease in this family,” explains Steinmetz, who is also the founder of the Steinmetz Cardiomyopathy Fund, by which most of the study was financed. Francesca Briganti, from the Mercola Lab, adds: “When we found the new mutation, we had to demonstrate that this is indeed the pathogenic mutation—there were already over 30 genes linked to the disease beforehand. We did this by showing that the mutation causes splicing and cellular contraction defects using in vitro cell models.”

The researchers used a combination of patient-derived cells and genome-edited cells. This process of genome editing involved making specific changes to the DNA of the cells, to introduce the RBM20 mutation (P633L) into patient-derived cells known as induced pluripotent stem cell-derived cardiomyocytes (iPSC-CMs). This gave the researchers the chance to understand how the mutation was causing DCM and also to propose a potential treatment option. “We were lucky. We searched the database and found a fitting compound. Going from finding the disease gene to finding the potential solution overnight was easy with the open databases at EMBL’s European Bioinformatics Institute,” says Steinmetz.

The team identified a chemical called all-trans retinoic acid (ATRA) as a potential treatment of DCM. ATRA regulates RBM20, and can partially fix the defects in the altered cells. ATRA is a drug used for the treatment of acne and a type of leukemia called acute promyelocytic leukemia. In this case, Steinmetz reasoned that increasing expression of RBM20 might overcome the insufficient expression of this protein that is seen in patients who have one functioning and one mutated copy of the gene.