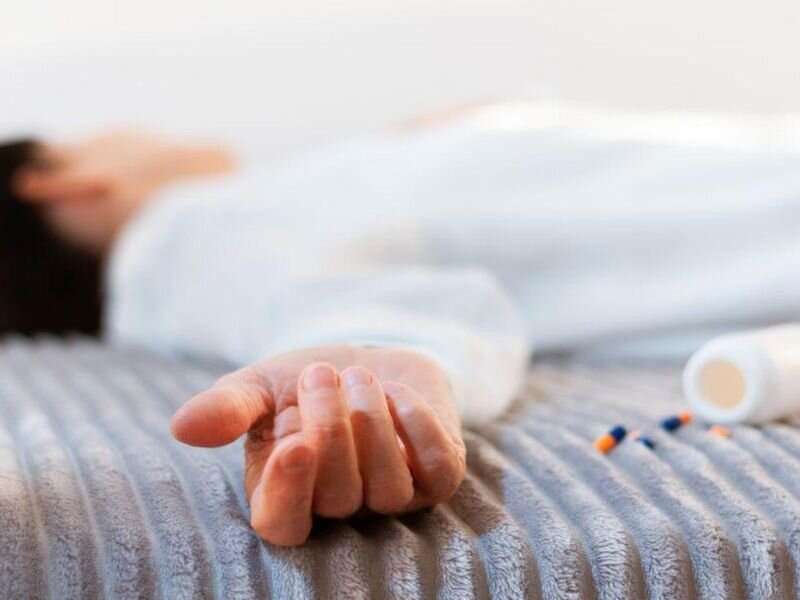 The U.S. Food and Drug Administration (FDA) has issued another pointed warning about the dangers posed by tianeptine, an antidepressant that is not approved for any type of medical treatment in the United States.

Topping the list of possible risks from taking the drug: accidental poisoning and addiction.

Why an addiction risk? Tianeptine—commonly marketed online as a treatment for depression and anxiety—belongs to a class of medications known as “opioid receptor agonists.” That means the drug has a similar impact on the brain as heroin and other opioids, such as oxycodone, methadone, hydrocodone, morphine and opium.

In the midst of an ongoing opioid epidemic, Americans have increasingly been seeking out tianeptine as a readily accessible—if illegal—opioid alternative, according to the FDA’s Center for Drug Evaluation and Research.

“In the U.S., reports of bad reactions and unwanted effects involving tianeptine are increasing,” the FDA stated in its latest warning. “Poison control center cases involving tianeptine exposure have increased nationwide, from 11 total cases between 2000 and 2013 to 151 cases in 2020 alone.”

Poisoning can manifest as confusion, sweating, a fast heartbeat, blood pressure spikes, nausea, vomiting, agitation, and/or sleepiness. It can also prompt a notable slow-down in breathing, and sometimes it can trigger a total shutdown of the respiratory system, leading to coma or death.

According to a 2019 analysis conducted by the U.S. Drug Enforcement Administration (DEA), those products include counterfeit pills that mimic the appearance of hydrocodone and oxycodone. Tianeptine can also be obtained online in bulk powder form.

Though often marketed online under the names “Coaxil” or “Stablon,” the FDA notes that the drug is also sold—sometimes in gas stations or convenience stores—under a wide array of cute and catchy names, including “Tianna,” “Tianna Green,” “Tianna Red” and “Tianna White.”

The FDA has tried before to rein in use of the drug, with an eye to rules spelled out by the Federal Food, Drug and Cosmetic Act.

Those rules mandate that all dietary supplements contain a minimum of one “dietary ingredient,” meaning a vitamin, mineral, herb, amino acid, and/or food product or extract. Supplements can also contain non-dietary ingredients, as long as they are food additives and/or officially recognized as safe.

The FDA’s worries over tianeptine use are shared by Dr. Arthur Chang, chief medical officer in the division of environmental health science and practice with the National Center for Environmental Health (NCEH) at the U.S. Centers for Disease Control and Prevention.

Though he noted that tianeptine is, in fact, approved for the treatment of depression and anxiety in certain countries throughout Europe, Asia and Latin America, Chang confirmed that “tianeptine has abuse potential, and several studies report severe adverse effects and even death from its misuse or abuse.”

The problem, he noted, is that through its opioid-like ability to bind to certain opioid receptors, “tianeptine can produce euphoria at high doses.” And that means that “people may become addicted to tianeptine, and experience significant withdrawal symptoms when they stop chronic use.”

The FDA’s latest warning appears to reflect a growing concern that the use of tianeptine is becoming increasingly widespread.

The DEA did a review of National Poison Data System data collected between 2000 and 2017. That review found “a rapid and marked increase in tianeptine-related [poisoning] calls during this time period.”