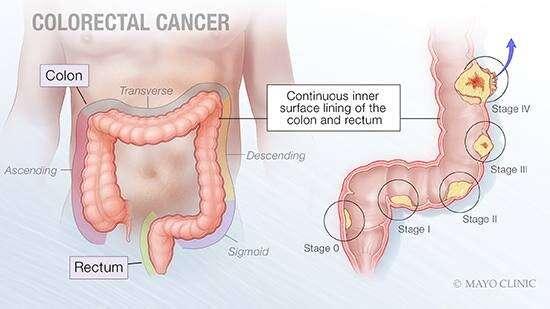 A review article by Mayo Clinic researchers emphasizes that early onset colorectal cancer, defined as being diagnosed when younger than 50, continues to steadily increase in the U.S. and other higher income countries. This increase, along with a decline in later-onset cases due primarily to screening have shifted the median age at diagnosis from 72 years in the early 2000s to 66 years now.

We are seeing a significant increase in the numbers of younger patients with colorectal cancer at Mayo Clinic, as is occurring around the country. “It is important to recognize that most cases are without a known hereditary basis and have no identifiable cause,” says Frank Sinicrope, M.D., an oncologist and gastroenterologist at Mayo Clinic Cancer Center in Minnesota, and an author of the study. The article was published in the New England Journal of Medicine.

“Public health measures are needed to address risk factors for colorectal cancer, beginning in adolescence, including poor dietary habits and physical inactivity, says Dr. Sinicrope.” He notes that while the specific causes of early onset colorectal cancer remain elusive, data suggest that diets with high intake of red and processed meat, as well as refined grains and processed sugar can alter gut microbial composition, resulting in chronic inflammation, increased rates of obesity and a higher risk of colorectal cancer.

“Evidence suggests that a plant-based diet and more physical activity may help to promote a more a favorable gut microbiome, which in turn may reduce the risk of colorectal cancer,” says Dr. Sinicrope.