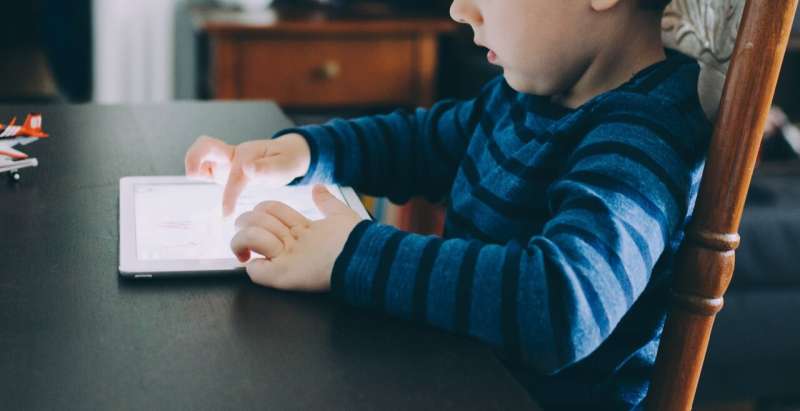 Children in the United States who have more screen time at ages 9-10 are more likely to develop binge-eating disorder one year later, according to a new national study.

Binge-eating disorder is characterized by eating large quantities of food in a short period of time, a feeling of loss of control during the binge, and experiencing shame or guilt afterwards. Binge-eating disorder can be severe and life-threatening if it causes heart disease or diabetes, and it is the most common eating disorder in the United States. People with binge-eating disorder may be overweight or of normal weight, but unlike those with bulimia, they do not compensate by vomiting, using laxatives or exercising excessively. They frequently eat alone or in secret and may eat until they are uncomfortably full.

“Children may be more prone to overeating while distracted in front of screens. They may also be exposed to more food advertisements on television. Binge-watching television may lead to binge-eating behaviors because of overconsumption and a loss of control,” said lead author, Jason Nagata, MD, assistant professor of pediatrics at the University of California, San Francisco.

The researchers analyzed data from 11,025 children 9-11-years old who are part of the Adolescent Brain Cognitive Development Study, the largest long-term study of brain development in the United States. Data were collected from 2016-2019. The children answered questions about their time spent on six different screen time modalities, including television, social media, and texting. Parents answered questions about their children’s binge-eating behaviors, specifically the frequency and characteristics of overeating and related distress.

“Exposure to social media and unattainable body ideals may lead to a negative body image and subsequent binge eating,” said senior author, Kyle T. Ganson, Ph.D., assistant professor at the University of Toronto’s Factor-Inwentash Faculty of Social Work. “This study emphasizes the need for more research on how screen time impacts the well-being of young people now and in the future.”

While the study was conducted prior to the COVID-19 pandemic, its findings are especially relevant during the pandemic. “With remote learning, the cancelation of youth sports, and social isolation, children are currently exposed to unprecedented levels of screen time,” said Nagata.